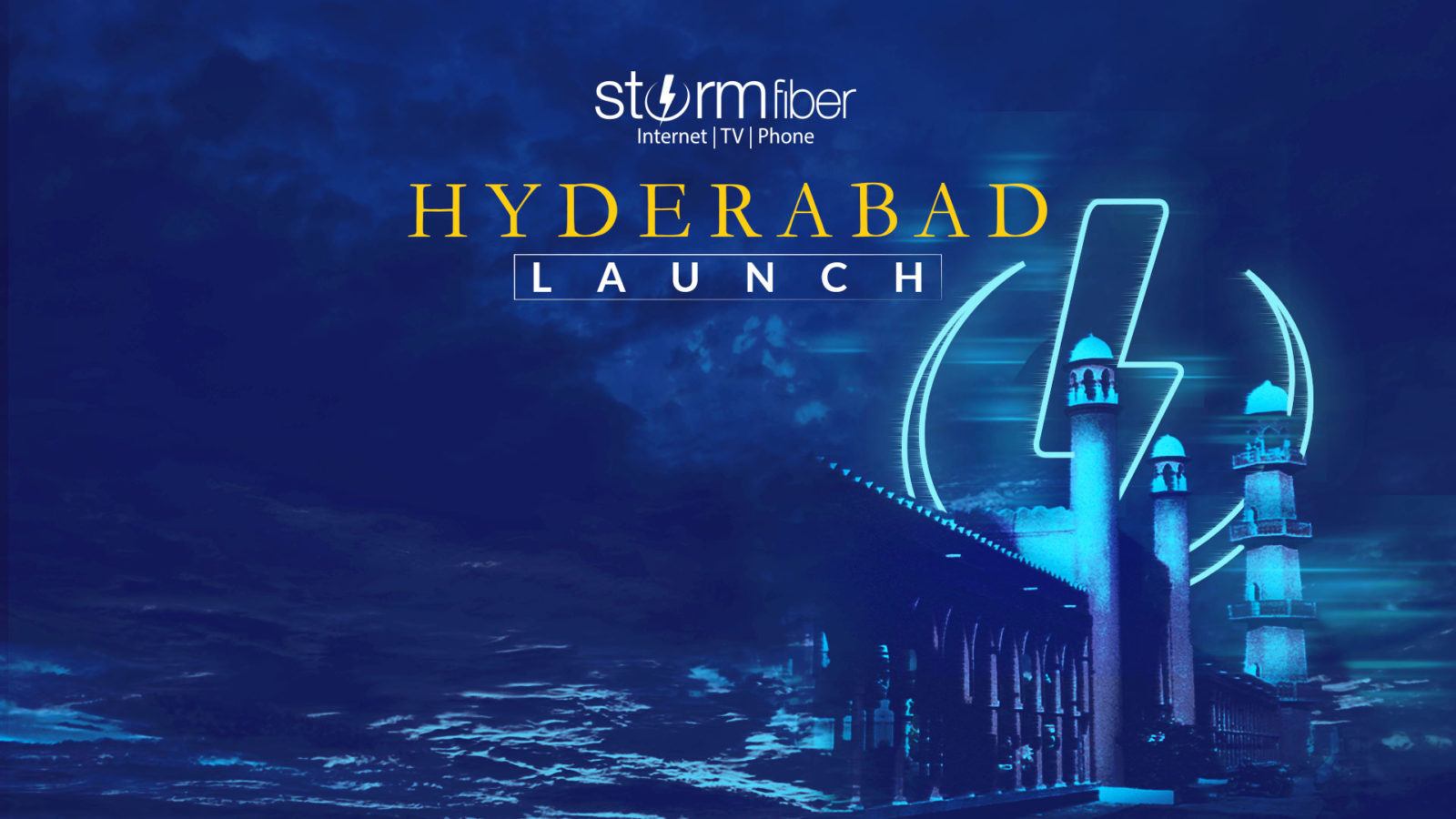 StormFiber has just made an announcement of the general availability of its fiber broadband services in Hyderabad at an event hosted in the city.

Launching their Fiber to the Home (FTTH) services in Hyderabad – after the StormFiber’s recent foray into Multan – represents a key milestone in Cybernet’s strategic expansion throughout Pakistan.

The second largest city of Sindh, Hyderabad is a city of immense historic and strategic importance. It is home to a suite of businesses and has a burgeoning middle class, representing a rich demand for reliable internet that only a fiber broadband network can deliver.

Ultra-fast and stable broadband service is an important catalyst for economic development in the modern era. To further these national interests, StormFiber aims to deliver fiber broadband on metro and GPON (gigabit passive optical network) infrastructure, along with HD television and crystal-clear voice services. Access to one of Pakistan’s most robust fiber optic networks will help put Hyderabad on the map at par with global metropolitan cities. 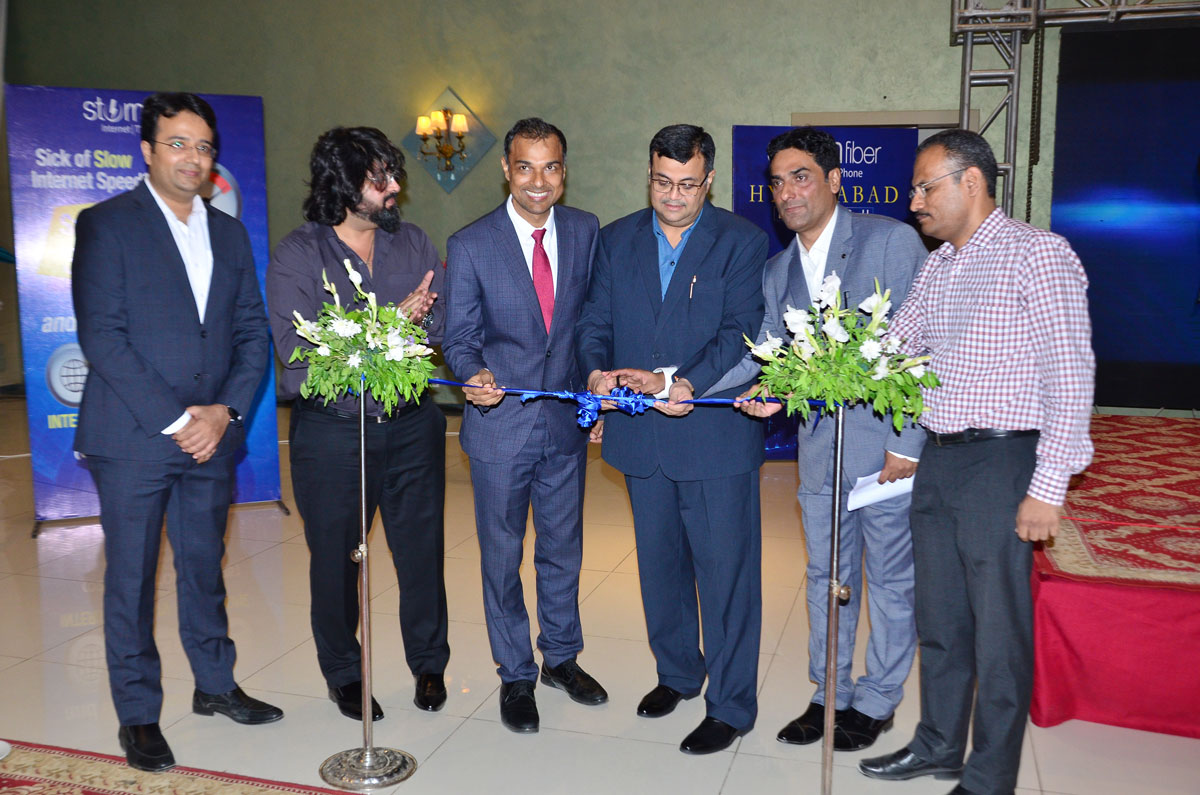 “In terms of the future, an optical fiber based fixed-line broadband network is an immense opportunity since it is capable of offering ultra-fast data rates and will ultimately allow StormFiber to offer smart home solutions besides creating value for small businesses and corporations.” 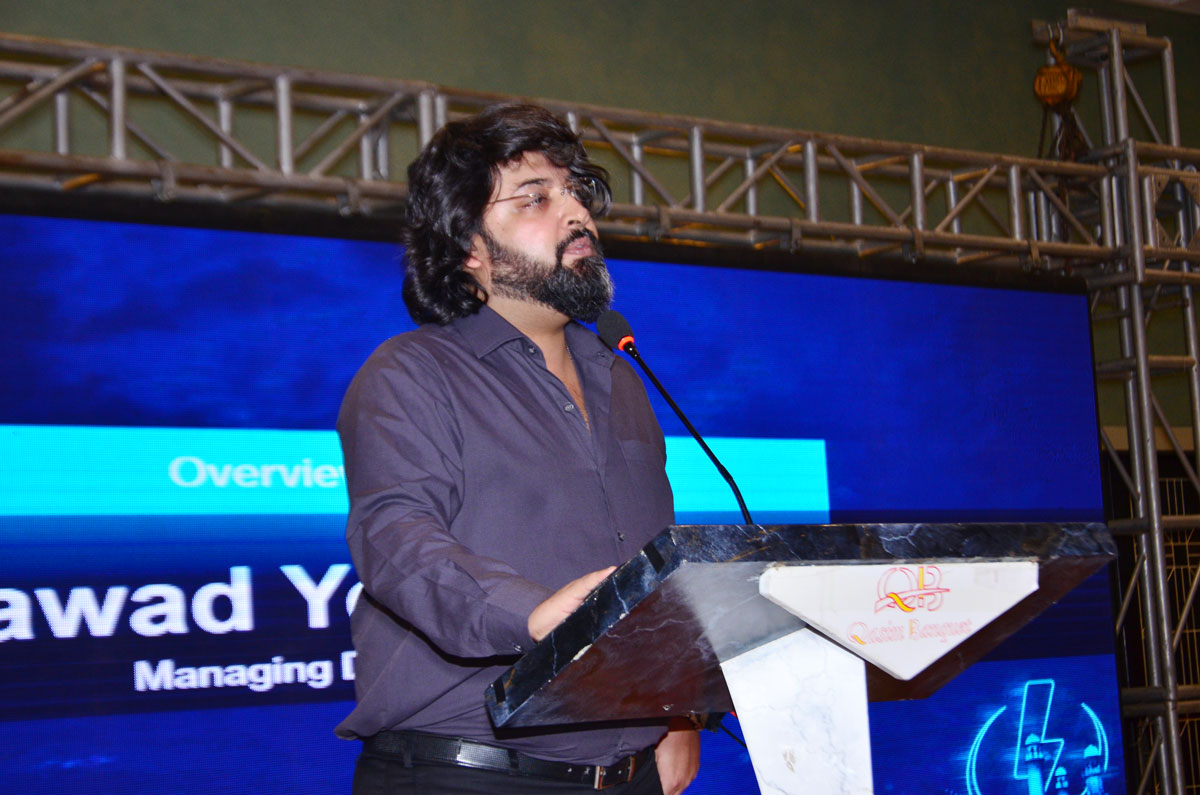 “StormFiber has created a reliable, fiber-based delivery platform for high speed internet and other services which will delight its users.

The increased speeds and reliability will lead to immense in productivity and positively impact the GDP of the area.

Our vision is to create an enabling environment for the citizens of our country, ultimately contributing to the economic development of our nation, as well as Hyderabad and Sindh in particular.”

“Today is a day of immense gratitude and pride for us, a local Pakistani company, to be able to serve the people of Hyderabad, the heart of the Mehran.

At StormFiber and Cybernet we look to continually add value to our customers. Our triple play services, with HDTV, voice and high-speed broadband is just the beginning as we look to add more value rich features for our customers across Pakistan.

We believe that a robust internet infrastructure capable of supporting gigabit speeds is now a requirement for every developed economy and it is our dream to bring fiber broadband to the far reaches of Pakistan, putting Pakistani cities at par with the most developed cities of the world.

To realize this vision of bringing ultra-fast broadband to underserved parts of Pakistan we require the support of the provincial and federal governments and local right of way granting authorities.

Today does marks an important step in increasing fiber penetration in Sindh although penetration in the province outside of Karachi stands at close to 0%. We appeal to the Government of Sindh to repeal the 19.5% tax on fiber broadband subscriptions as this is a tax on the entire household which shares the connection and has a crippling impact on much needed investment in fiber.

This provincial service tax goes into effect on any broadband subscription over 4mbps or Rs. 2,500/- per month – whichever comes first.

This tax anomaly has an adverse, unintended consequence: broadband service providers in Sindh have a disincentive to increase speeds to more than 4mbps as the tax to the consumer will go up by nearly 20%. Similarly, the consumer has little incentive to subscribe to packages above 4mbps as the final price to be paid goes up disproportionately.

This 4mbps speed limit is being applied at a time when the European Commission is setting a universal broadband speed target of a minimum of 100mbps across every EU household by 2025.

In addition to the provincial services tax, the federal government imposes an additional 12.5% advance income tax bringing the total tax to a whopping 32% of every household broadband subscription.

Compare this situation to the United States for example where the Permanent Internet Tax Freedom act – aimed at preserving the informational, educational and commercial potential of the Internet – is now a law which specifically prohibits any federal, state or local tax on broadband services for all times to come.

We have written letters to authorities explaining the tax anomaly and appealed for tax relief in order to spur investment in fiber broadband, but there has been no action yet.

We will continue to struggle and to appeal to provincial and federal governments and tax authorities to take a long-term view of fiber broadband such as that in US, China and Europe and repeal the onerous taxes on fiber broadband once and for all.”

Company sources have also confirmed that over the last 5 years the company has completed deploying fiber backbones and metro networks in a number of other cities.

The teams in these cities have been working in parallel for quite some time to deploy GPON for triple play services and it may be expected that more cities will be added to the list soon.