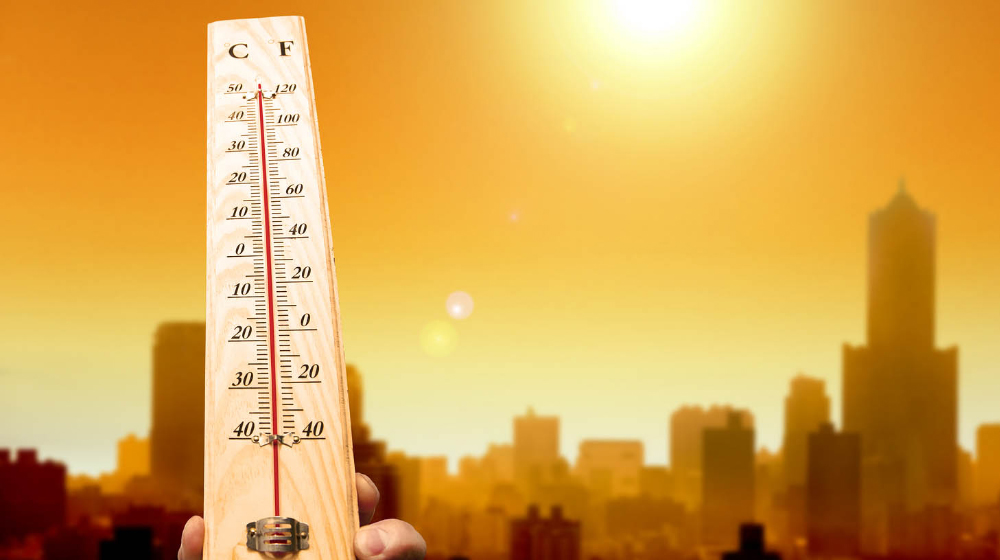 Your brain works differently during a heatwave, Harvard study says.

Next time you find it hard to make sense of things during a sweltering heatwave, it is probably a good idea not to question your (lack of) intelligence afterwards. A Harvard study has proved just that – people can’t really think straight during intensely hot days.

Recently, researchers from Harvard conducted a study on different groups of students to see how they performed under certain conditions.

The results of the research were published on Tuesday in the PLOS Medicine Journal.

The study was conducted by Harvard T.H. Chan School of Public Health whose authorship was led by Jose Guillermo Cedeño-Laurent. The research fellows working on the project studied two groups of students working under different heat conditions. The total number of students were 44, comprising from various age groups such as the late teens to early 20s.

Karachi Records its Hottest Day As The Heatwave Continues

20 students were made to live in buildings that didn’t have air conditioning while the rest spent their time in air-conditioned buildings. The timespan for the study was set at 12 days during the summer of 2016. During the first five days, the temperature was normal. A heatwave followed in the next five days, while the last two days saw a cooldown.

The researchers then conducted tests by asking students to take two cognitive tests on their smartphones each day after they woke up. It was noted that students working under heatwave saw a decrease across five measures of cognitive function.

To mention a few results, 13.4% students took longer to correctly identify the color of words in front of them. The arithmetic score of the students working amid the heatwave dropped by 13.3%.

The difference between the scores of these two groups continued after the heatwave. The researchers further warned that the effects of the heatwave linger inside the building as well.

Joseph Allen, another author behind the paper says:

Indoor temperatures often continue to rise even after outdoor temperatures subside, giving a false impression that the hazard has passed, when in fact the ‘indoor heat wave’ continues. In regions of the world with predominantly cold climates, buildings were designed to retain heat. These buildings have a hard time shedding heat during hotter summer days created by the changing climate, giving rise to indoor heat waves.

As per The National Oceanic and Atmospheric Administration, 2016 was the warmest year ever recorded globally. 2017 comes in third on the list while 2015 was recorded as the second warmest year in the world’s history.