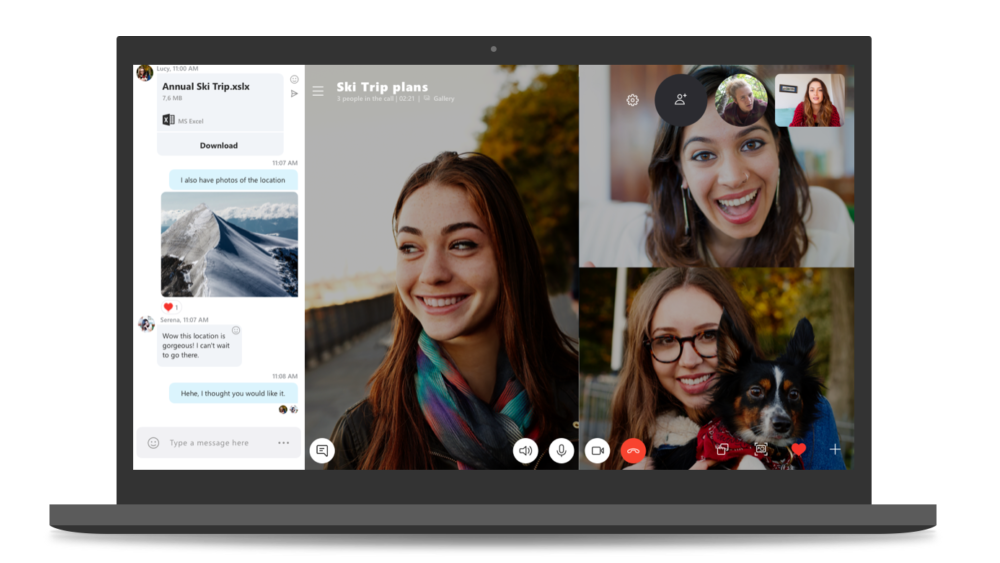 Skype has received a major update with a multitude of new features.

Skype is releasing another update to compete with other services more popular among new users. After the redesign last year, Skype 8.0 enhances security and adds other noteworthy functionality.

The chief among them includes HD video conversations, which can be conducted with up to 24 people at once. The “@” mention feature is now available in group conversations, along with reaction emojis.

Notifications will also get a separate place, with customization available through color-coded messages. Files, photos, and videos of up to 300 MB can now be shared in messages. There is a separate media gallery for viewing all the content that has been shared between users.

Microsoft, however, is appearing to be saving the best for the future. End-to-end encryption is said to come in a future update, with features such as call recording, profile invites and links for group calls said to arrive alongside, too. Users previously had to install third-party add-ons to record calls, though, that won’t be the case now.

You’ll have up to September 1st to update to Skype 8.0, which is when Microsoft will pull the plug on Skype Classic. Not many people will miss it, after its lukewarm reception and the overhauled functionality of the new update.

Skype has 300 million users as of now, however, the growth has been slow in recent times. Perhaps the update will bring the change that the service needs, though, with pretty much every network having video calling, no one would count on it.