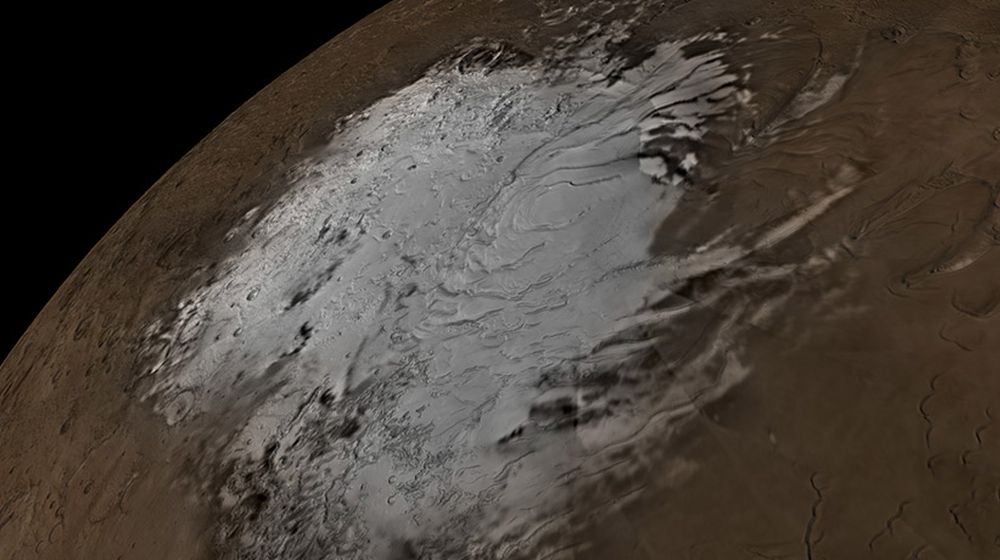 A new study based on images from a Mars mission says flowing water does exist on the red planet.

Scientists have found a liquid water lake on Mars under an ice cap on the planet’s south pole. This is the first time that a liquid water body has been found on Mars as per the scientists.

Previously, NASA’s Curiosity rover found signs of water on the Martian surface, however, due to a temperature drop the water got locked up in ice. The recent discovery was made by the ground penetrating radar of Mars Express Orbiter launched by the European Space Agency (ESA).

According to the analysis on the data gathered by the radar, the lake is 20 kilometers wide and just 1 meter in width based on estimates.

Professor Roberto Orosei of the Italian National Institute for Astrophysics who worked on this study says:

It’s probably not a very large lake. [The dimension of the lake] really qualifies this as a body of water. A lake, not some kind of meltwater filling some space between rock and ice, as happens in certain glaciers on Earth.

The water body was discovered by sending out signals from the ground penetrating radar and reading their response when they returned. This image shows the dark blue areas with high reflectivity that are classified as water bodies. 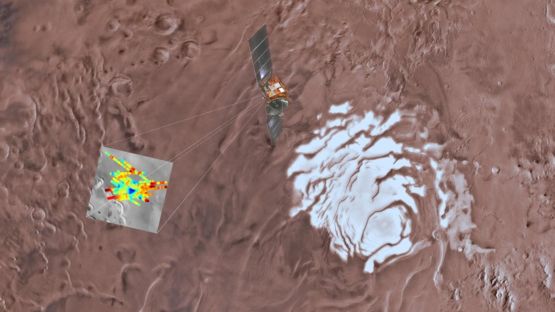 We have long since known that the surface of Mars is inhospitable to life as we know it, so the search for life on Mars is now in the subsurface. This is where we get sufficient protection from harmful radiation, and the pressure and temperature rise to more favorable levels. Most importantly, this allows liquid water, essential for life. We are not close to actually detecting life, but what this finding does is give us the location of where to look on Mars. It is like a treasure map – except, in this case, there will be lots of ‘X’s marking the spots.

The conditions under which the water stayed in liquid form could be challenging for any life as well. For it to be in liquid state under freezing Martian temperature, there has to a great amount of salts dissolved in it which are not ideal for life.

It’s plausible that the water may be an extremely cold, concentrated brine, which would be pretty challenging for life.

The next challenge will be to send a mission that will drill through the ice and study the characteristics of the lake. Professor Orosei says:

Getting there and acquiring the final evidence that this is indeed a lake will not be an easy task. It will require flying a robot there which is capable of drilling through 1.5 km of ice. This will certainly require some technological developments that at the moment are not available.

Anyway, this is a serious development and the best indication that flowing water does exist on Mars.