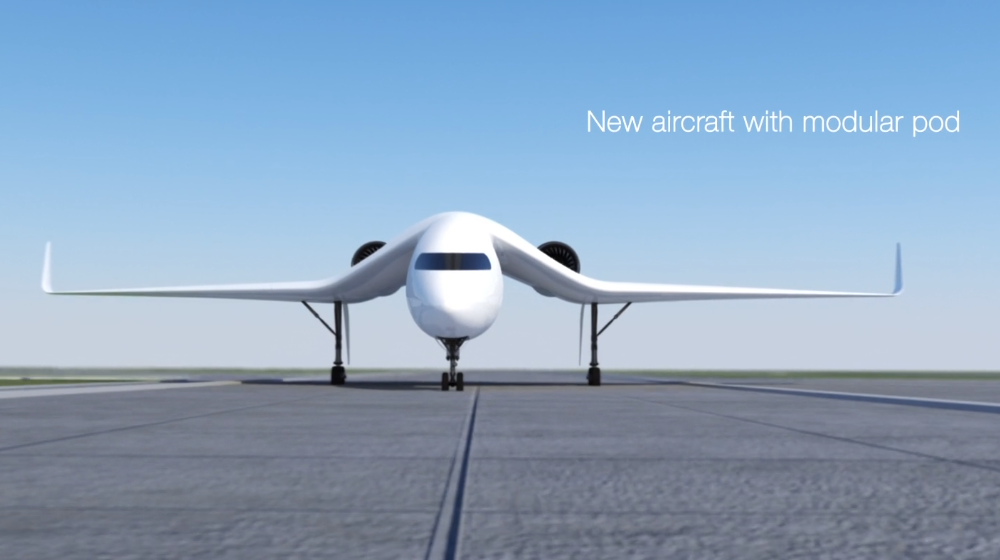 Akka Technologies has proposed a new aircraft design that will change how we think about planes and air travel forever. The company, owned by French entrepreneur Maurice Ricci, has unveiled its concept of a ‘flying train’  that will make boarding planes quicker and simpler than ever.

Passengers can board this flying train from a nearby station, and that too with the means of a train-like tube which would carry them to the aircraft. Once the passengers have boarded the plane, the wings will be attached and the aircraft would take off without wasting any time.

Ricci has pitched his ‘flying-train’ idea to Boeing Co. and a few others saying that, “after cars go electric and autonomous, the next big disruption will be in airplanes”.

Planes need to become more efficient, less polluting and less noisy. Our role is to point our customers to technologies of the future.

While Akka hasn’t convinced companies to build a Link & Fly system entirely, the main focus is to showcase the design and later get some of the parts of its design incorporated into customers’ aircraft.

Link & Fly is designed for short-range flights with a capacity to carry 162 passengers on seats which can be moved out for the freight movement if needed. It is 8 meters high, 34 meters long and has a wingspan of 49 meters with engines fixed on the top.