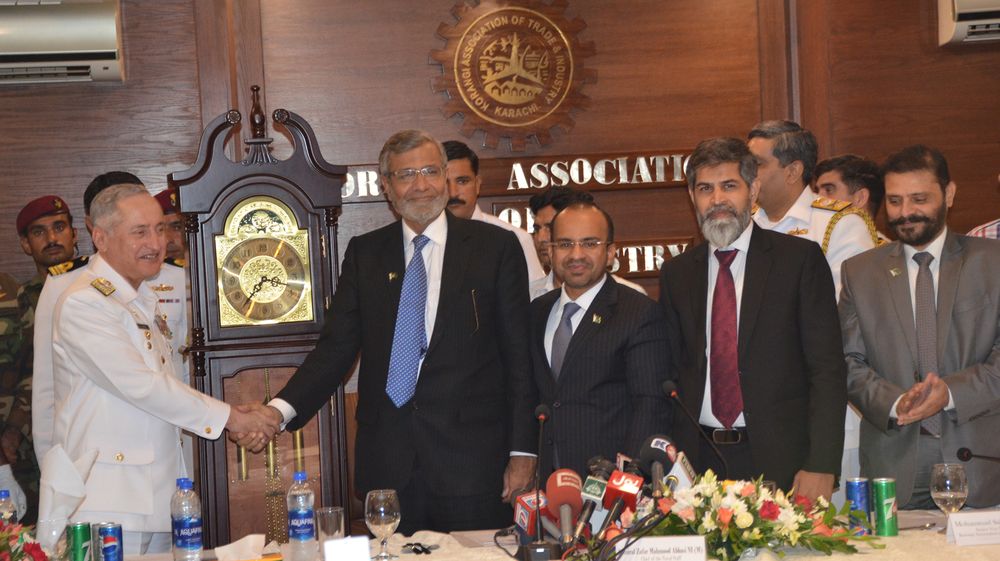 Chief of Naval Staff Admiral Zafar Mehmood Abbasi has said that huge reserves of oil and gas are expected to be explored in Pakistan soon, and can be a game changer for Pakistan’s economy.

The Naval Chief was addressing a gathering of businessmen and industrialists on his visit to Koranghi Association of Trade & Industry (KATI).

Admiral ZM Abbasi revealed that huge hydrocarbon reserves have been located near the Makran region and Chinese experts will soon initiate exploration in the sea.

He said that there was a massive campaign to cast doubts about CPEC, but now the nation has realized that this project will prove a game changer for our future and economy.

Regarding maritime economy and hydrocarbon reserves, he said that our seas need a lot of academic research and development; keeping this in view Bahria University will be transformed into a maritime university soon.

He also told that a research and technology Park will be established in Karachi in future. “Our shipbreaking facilities have become outdated and now to expand the sector we are bringing opportunities for the private sector,” he noted.