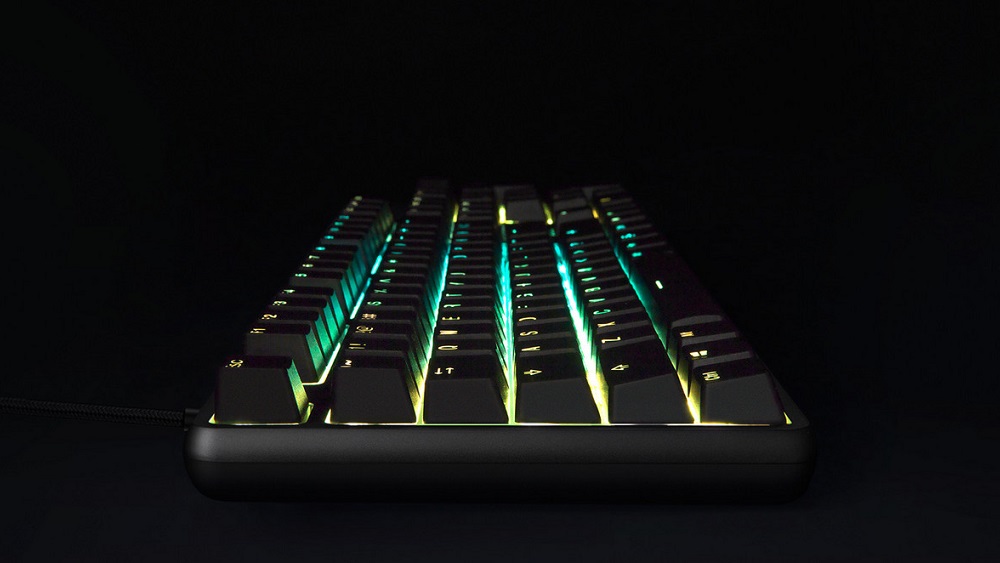 If you have a spare $30 lying around, give this keyboard a shot, you won’t regret it.

After dabbling into every type of gadget it could make, from toys to laptops, Xiaomi is announcing a new mechanical keyboard, which promises to be more than a mid-pack effort.

Dubbed “Game Keyboard” it boasts 104 keys. The keyboard has an aluminum build with PBT keys, which are more sturdier than traditional ABS plastic. The keys also support anti-ghosting and 33 n-key rollover, which clearly shows the loftier ambitions Xiaomi has with its keyboard. It uses TTC Red switches with a travel distance of 3mm.

The keyboard comes with RGB backlight, which is customizable using the function keys and included software, supporting a bunch of patterns for further eye-candy. There’s also a Sonix-built microprocessor, with 32-bit Cortex-M0. The USB interface supports a polling rate of 1000Hz.

The keyboard does miss out on programmable keys and macros. The design supports varying levels of angles, thanks to adjustable rubber nobs underneath.

The keyboard will be priced at around ¥229 (Rs. 4,120) which falls in line with Xiaomi’s other affordable yet great products. It isn’t known whether it’ll be available outside of China, however. This definitely seems like something you should go for if you’re looking for a cool looking yet reliable keyboard.

The mechanical keyboard is not, in fact, Xiaomi’s first, but it is clearly the most effort that Xiaomi has placed into one. The company also released a 7200 DPI gaming mouse earlier this year, which shows a clear shift in its gaming-oriented philosophy.