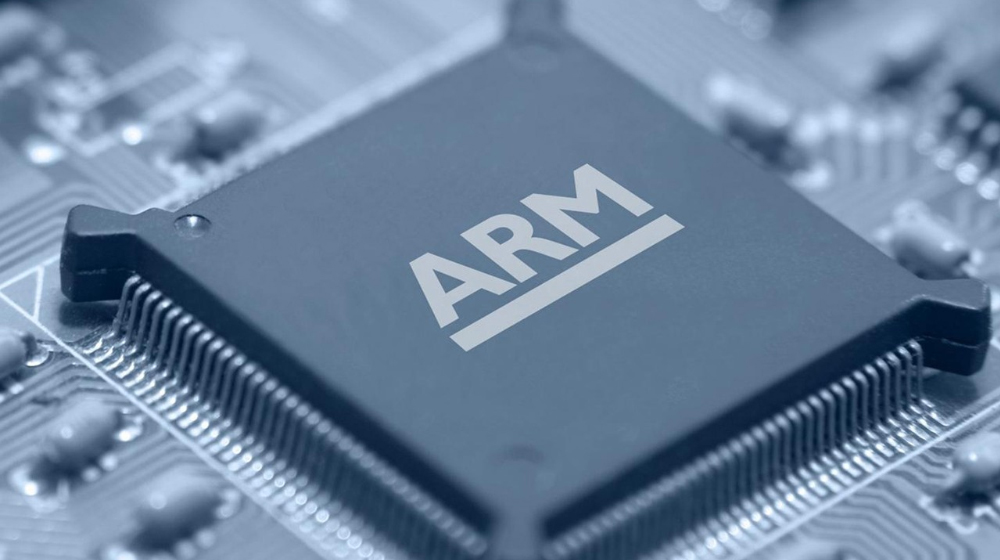 ARM’s comparison with a laptop-grade processor is nothing short of ambitious, but the company has bigger plans.

Smartphones have never been as powerful as traditional PCs or laptops, but that may change with ARM’s new cortex chip coming out later this year.

ARM says unveiled Cortex-A76 earlier this year, saying that it’ll be 35% faster than its predecessor. Even though the chip has yet to arrive, the company has revealed it’s roadmap for more chips coming out in the next couple of years. 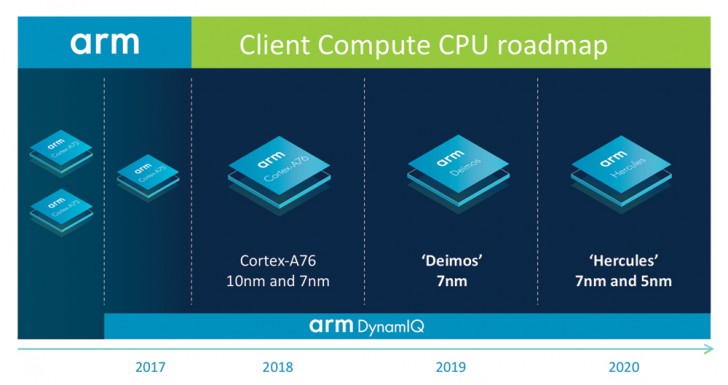 According to ARM, the A76 will be made on both 10nm and 7nm processes. Next chip in line is codenamed Deimos, which will be made on the 7nm process, as it improves in the coming months. Deimos will arrive in 2019 and will offer a 15% improvement in performance over the A76. 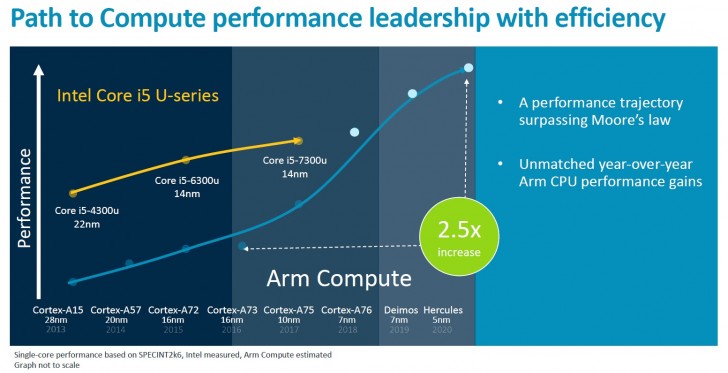 After that, we’ll see Hercules arrive in 2020, which will be built on a 7nm and the currently undeveloped 5nm node. Hercules will be 10% faster on 7nm and even more on the 5nm fabrication process.

Comparing Hercules with Cortex-A73 (released in 2017), ARM expects a 250% increase in performance.

Another interesting comparison drawn by ARM is between the upcoming Cortex-A76 and Intel’s mobile (for laptops and high-end tabs) Core-i5 7300U processor. The company says that the Cortex chip will match with the i5 7300U in single threaded performance, which is a major achievement in itself. The A76 will do that using just under 5W of power, compared to 15W for the i5.

ARM skipped on some of the details. The i5 7300U is a dual-core CPU and also has a GPU included in that 15W TDP. We don’t know how many cores the A76 has or if the TDP includes the GPU. Also, this is an Intel processor from 2017, the company is launching its 9th generation of processors in October this year.

Still, this shows that ARM is aiming to break into the Intel-powered laptop market for both Chromebooks and traditional Windows notebooks. Some companies like Asus, HP and Lenovo are already making Snapdragon powered laptops with Samsung set to join them later.

You may not have heard about ARM as much as Intel or even AMD, that’s probably coz their name doesn’t come up when you talk about smartphones. You usually hear stuff like Qualcomm or Snapdragon tossed around.

ARM is the company behind every major Smartphone chip made in the world currently. Every company, including Apple, Samsung, and Qualcomm, uses their chips or a modified version of their design for their own SoCs. In a sense, ARM powers nearly all of the Smartphones around the world.