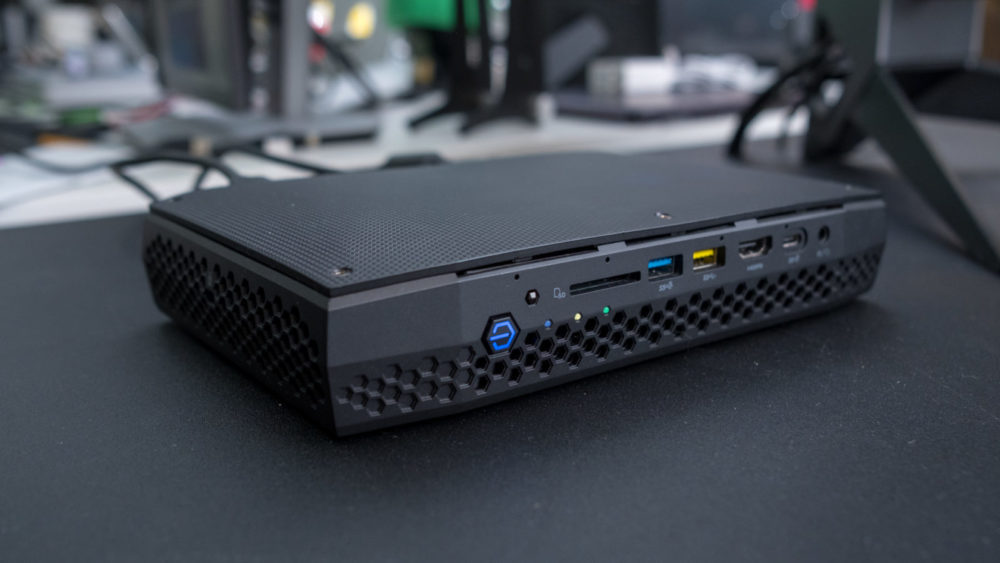 An entry-level PC in a tiny portable box.

Intel’s NUC mini PC project is apparently still going at full force, with the company now introducing a new mid-range PC which similarly doesn’t take up too much desk space.

Once again, Intel has also used the opportunity to showcase one of its newer Cannon Lake processors, with the new NUC coming with a 2.2GHz dual-core Core i3-8121U processor, which was previously seen on a solitary Lenovo laptop. The 10nm processor is unique in that it comes with an integrated GPU of its own.

That’s not all, as the NUC also comes with some decent graphics, in the form of a 2 GB AMD Radeon 540 GPU, with 512 stream processors. RAM options are set at either 4 or 8 GB.

For connectivity, there are 4 USB 3.0 Type-A ports, 2 HDMI 2.0a, Ethernet, Wi-Fi ac, SDXC card reader with UHS-I, and an audio jack. There’s an infrared sensor on the front, too.

Pricing for the Cannon Lake model isn’t known as of yet, however, it could easily cost more than $500 with its improved graphics and advanced storage options, if you are into those.

For people who want more power, Intel has previously launched the $1000 Hades Canyon (pictured), which is a mini gaming PC that comes with an eighth-generation Core i7 processor, as well as an RX Vega M GPU.