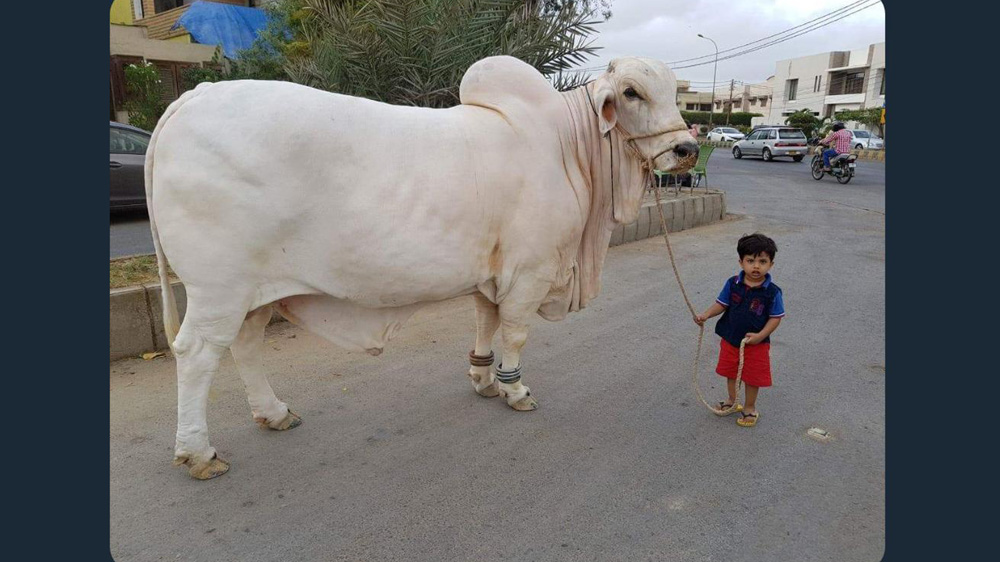 We may not be the most advanced nation on the earth yet, but our sense of humor is second to none.

I’m sure none of us were too happy with the recently announced Eid holiday schedule, (because let’s face it, we love the occasional family time). Some of us may have started to think up of the next big excuse to get out of work, while some of us may have put our talents to making us laugh through this next ‘big’ Pakistani tragedy. And lo and behold, a new superstar meme is born (move over Jahangir Khan Tareen – the independent hunter).

Once you’re over with the groans over the government’s decision to give us a 3 day holiday (instead of the 4 day holiday like we were expecting) for the upcoming Bakra Eid, its time to roll our sleeves and dig in.

It all starts with a ‘bael’ (bull) and a puny-sized kid with a not-so-puny confidence. Now I’m sure most of us city dwellers wished that we had the sort of guts that this little fella (in the picture below) does, but let’s not go there. It’s time to share a laugh (or several). 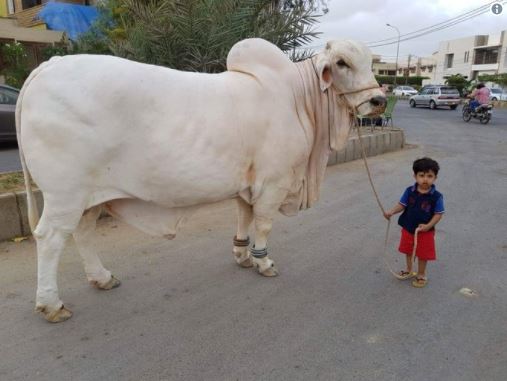 Pakistanis have decided to use this picture to compare all manner of things, and some of the results hit too close to home:

Me with my anxiety pic.twitter.com/Pfhc9lZsWO

What Abdul Razzaq thinks Ahmad Shahzad is vs what selfie actually is: pic.twitter.com/ZeJh4wypQ7

the stress levels people go through vs. what they portray to people : pic.twitter.com/qknyVRYMwp

a huge sacrificial animal vs. random tiny kid holding the rope tied to it (possibly for the picture only) pic.twitter.com/ip5fyHCjiP

Things I want to buy vs my bank balance. https://t.co/6Bry4WF5Dt

The things I want to do vs my motivation to actually do them pic.twitter.com/jiFyDKiNts

My syllabus Vs How much i study pic.twitter.com/yBiqyqTgrn

Vote pervaiz elahi got vs others in Punjab Assembly pic.twitter.com/RwsTnFtu9V

Klopp throughout the season vs Klopp in finals. pic.twitter.com/Rs2FunMeLA

The Things i want to do vs the things i actually do pic.twitter.com/0Ez3Cc16r9

Me with my family’s expectations from me pic.twitter.com/YGkl40mV7c 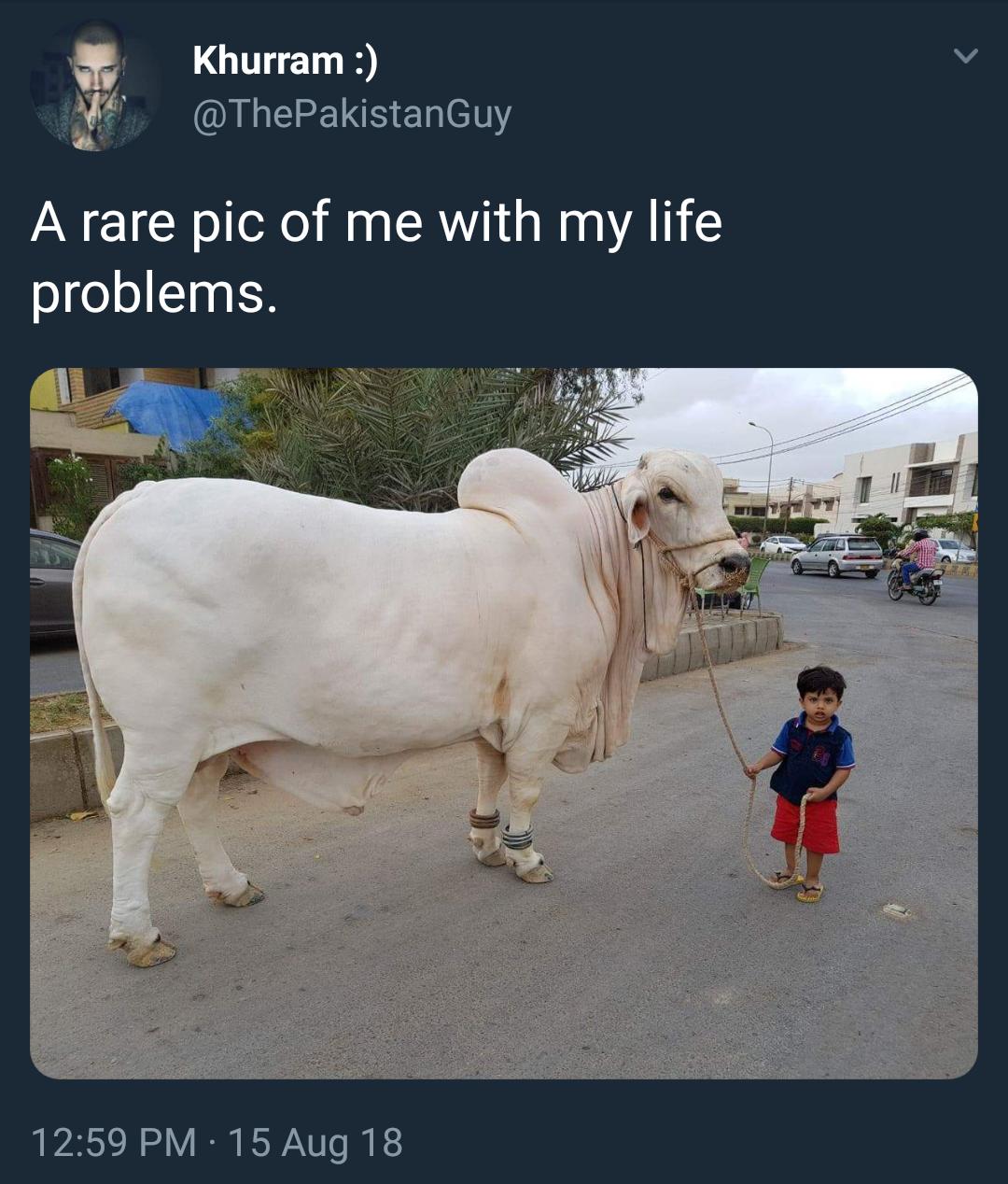 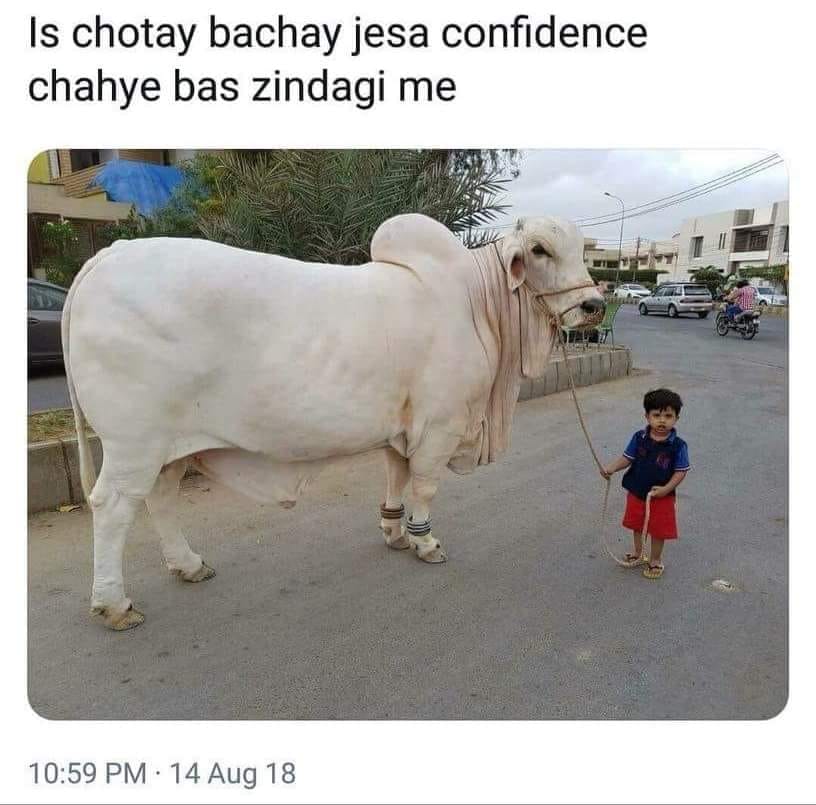 As rib-tickling as those memes were, here’s another bakra-related meme that deserves a look: 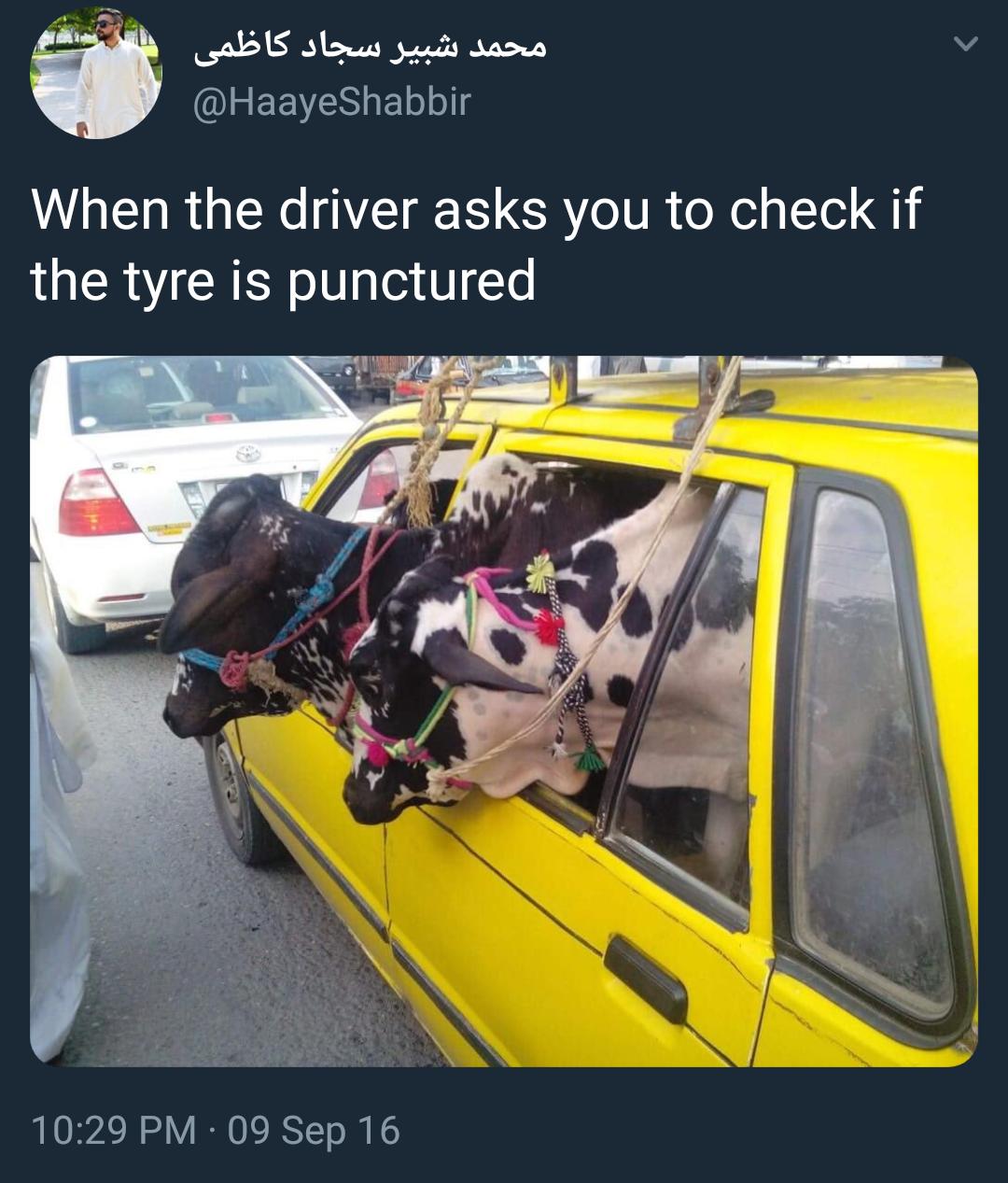 Got more Bakra Eid related memes? Share them in the comments below!