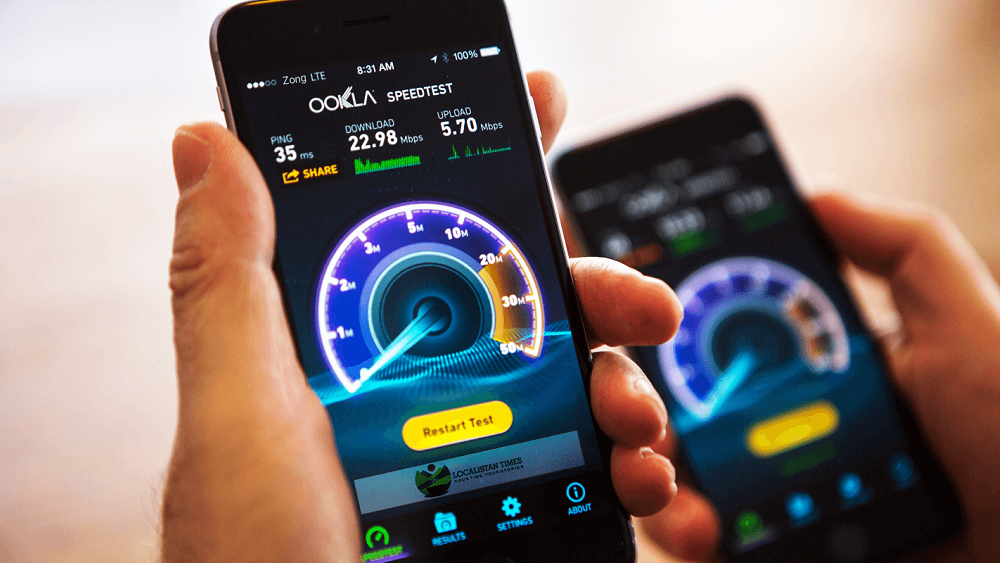 Which network do you use for 4G? Jazz, Zong or Telenor?

Most of us blame the internet for being too slow (especially if you use a certain infamous ISP) but did you know that Pakistan is still ranked above India in terms of 4G internet speeds?

A new report by OpenSignal, a wireless internet firm from the UK, sheds light on the state of 4G in Asia. The report also includes Australia and New Zealand with other Asian countries.

What you may not be expecting is Pakistan making it above the likes of India (6 Mbps) in terms of internet speeds, despite launching 4G years before Pakistan. At an average speed of 13 Mbps, we aren’t exactly there yet, but we’re still making considerable headway in 4G connectivity compared to India.

The 4G spectrum auction was held back in 2010 in India, with the operators still trying to expand connectivity to more and more provinces and regions rather than improving speeds.

Pakistan was tied with Cambodia and Sri Lanka, both of which averaged 13 Mbps as well.

Singapore was ranked the fastest in Asia and the world at large, at a blazing fast 44 Mbps. South Korea was surprisingly in second place, despite offering some of the fastest internet speeds in the world, followed by Australia and New Zealand at 40, 36 and 33 Mbps respectively. Australia’s Vodafone has skipped ahead of Telstra, offering 40 Mbps, above the country’s average 4G speeds.

Going below the 15 Mbps level, there’s Malaysia at 14 Mbps followed by Sri Lanka, Cambodia and Pakistan tied at 13 Mbps.

The bottom 4 in Asia consist of Thailand, Philippines, Indonesia and India at 9, 9, 8 and 6 Mbps respectively.