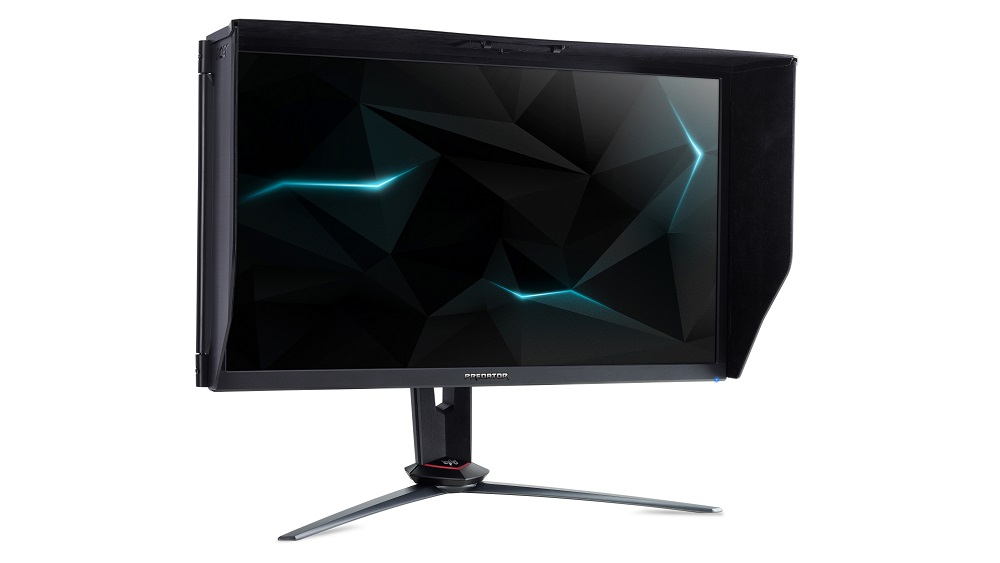 The lower end options are pretty good if you’re out looking for a good gaming monitor.

Acer is going all in with the gaming narrative at the IFA event, announcing four high-end gaming monitors catering to both Nvidia and AMD users.

The Predator XB273K features 4K UHD (3840 x 2160) resolution with a 144Hz refresh rate. The panel is an IPS one rather than TN, which means more vivid colors at the expense of response rate. It has a very high response time of 14ms, though, you can use overdrive and lower it to 4ms without much trouble.

It supports up to 90% of the DCI-P3 color gamut. One of the design quirks is the hood at the top of the display, which can keep peeping toms at bay.

All three Nitro monitors look exactly the same (image above), no hood like the Predator. The most expensive of the bunch, Nitro XV273K, comes with 4K UHD resolution with a 144Hz refresh rate and an IPS panel, with support for 90% of the DCI-P3 color gamut.

As mentioned earlier, the Nitro monitors all come with AMD FreeSync support. According to Acer’s statement,

They also include support for DisplayHDR 400, Acer VisionCare along with a black boost feature, letting you choose 11 different black levels for competitive FPS players.