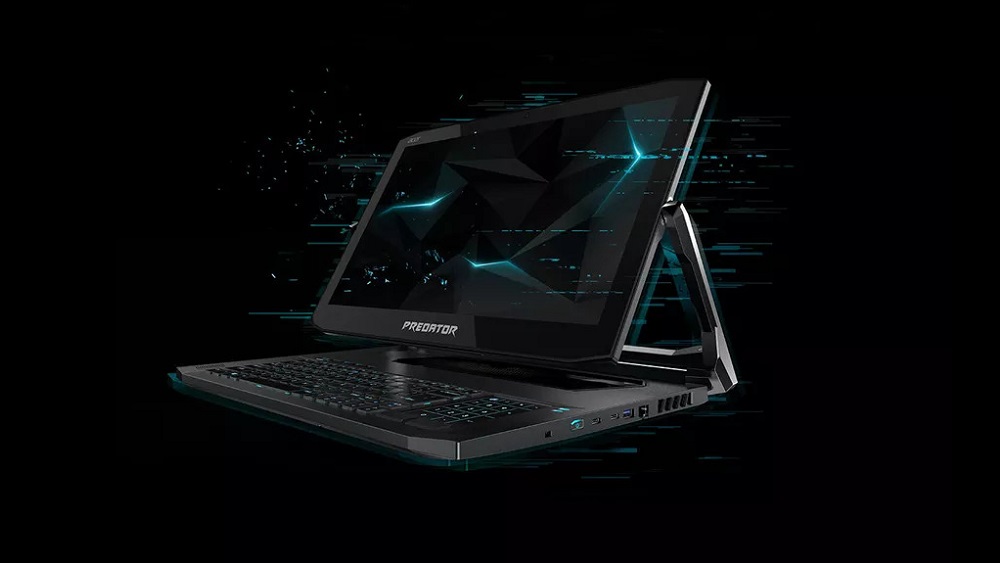 Who knew you needed a gaming convertible?

You thought Predator X21 was ridiculous? Acer has a whole new thing coming that blows the x21 out of the water.

Alongside the more mainstream Swift laptops that it showed at IFA, Acer also gave a sneak peek at an enormous gaming convertible notebook, which is said to be released sometime in the future.

The Predator Triton 900 apparently wants to break a bunch of records. The display, for example, can be titled on either side on its hinges, or brought physically closer to the user. It should support tablet mode, too.

This is what we’re talking about:

The display itself comes with 4K UHD resolution and has support for Nvidia’s G-Sync. Below the display sits an RGB-backlit mechanical keyboard, with a trackpad on the side, which can switch to a numpad if the situation demands. 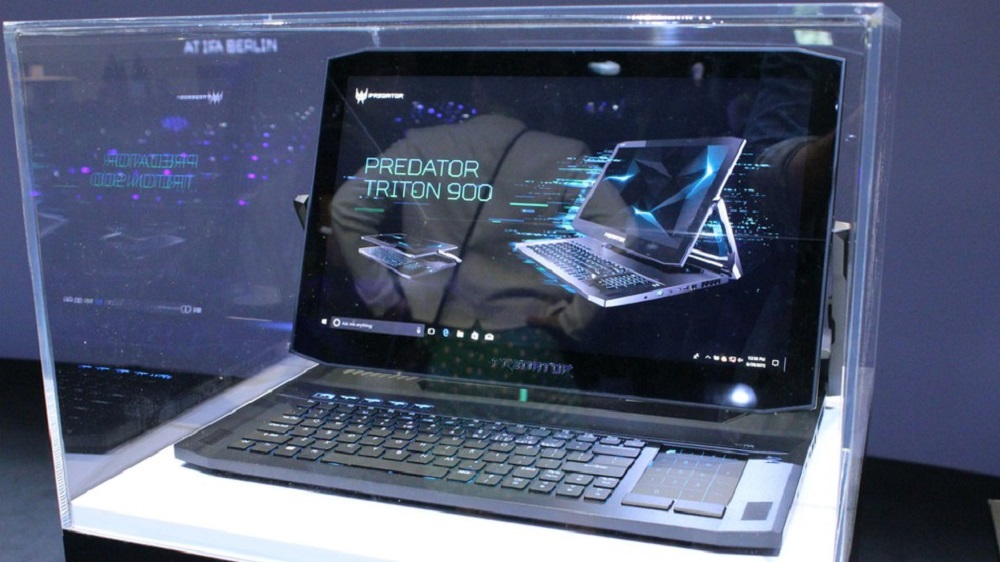 For cooling, there’ll be Acer Aeroblade 3D fans. Clearly, with this much demand for heat dissipation, the Predator Triton 900 won’t be winning a lot of design awards. There appears to be the usual sleuth of connectivity options, as seen from the promo, including USB-C, USB-A, HDMI, Ethernet and SD Card.

Much of the internals have still not been revealed, but such a display would require a lot of muscle to back it up. As a result, we won’t be too surprised if one of the newer Nvidia RTX cards end up on the Triton 900.

It is not clear when Acer intends for the Triton 900 to be available in the market. Pricing can’t be anticipated at this stage, though, if you’re interested in a machine like this, its cost should be the least of your concerns at this point.