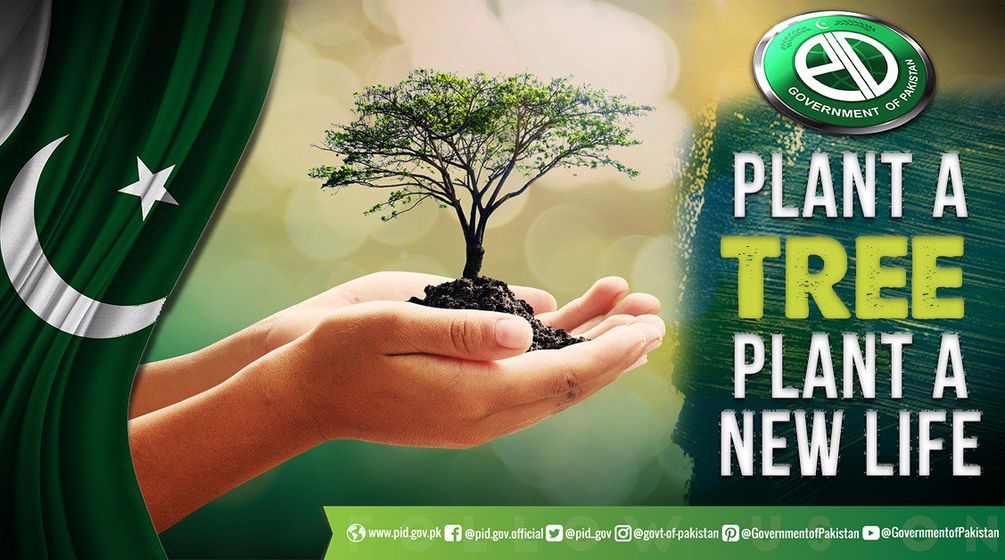 Imran Khan has been quite clear on his policies about the climate change and tree plantation drives throughout the country are regular phenomena these days.

Not just now, Khyber Pakhtunkhwa government’s Billion Tree Tsunami made Khan’s intentions clear and his priorities to curb pollution through aforestation drives across the province were acknowledged throughout the world.

Not just the country, KP government’s pledge to plant across 348,400 hectares as a part of the global Bonn Challenge – restoration of 150 million and 350 million hectares by 2020 and 2030 respectively – was acknowledged by world’s leading watchdogs.

Pakistan’s plantation drives have not just been lauded by the citizens of Pakistan but are taken as an inspiration worldwide. Leading organizations, including the World Economic Forum, has once again used Pakistan’s newly launched aforestation project, called Plant For Pakistan, for spreading awareness among the people for mitigating the impacts of climate change across the globe.

Pakistan’s Prime Minister Imran Khan launched the campaign to plant 10 billion trees in the country in the next five years starting from September 02. Khan himself initiated the project by planting a sapling in Haripur saying:

I want everyone to join this #GreenPakistan drive so we can counter the twin threats of climate change and pollution confronting our future generations.

Not just the WEF, a number of other leading names including Al-Jazeera, Reuters, Gulf News, International Union of Conservation of Nature (IUCN), Independent, to name a few, highlighted the efforts of KP government for restoring the forests.

Pakistan kicked off the latest campaign by planting more than 2.5 million saplings in different parts of the country with the help of the government in a single day and the country plans to achieve its target of planting and saving 10 billion trees well before 5 years.