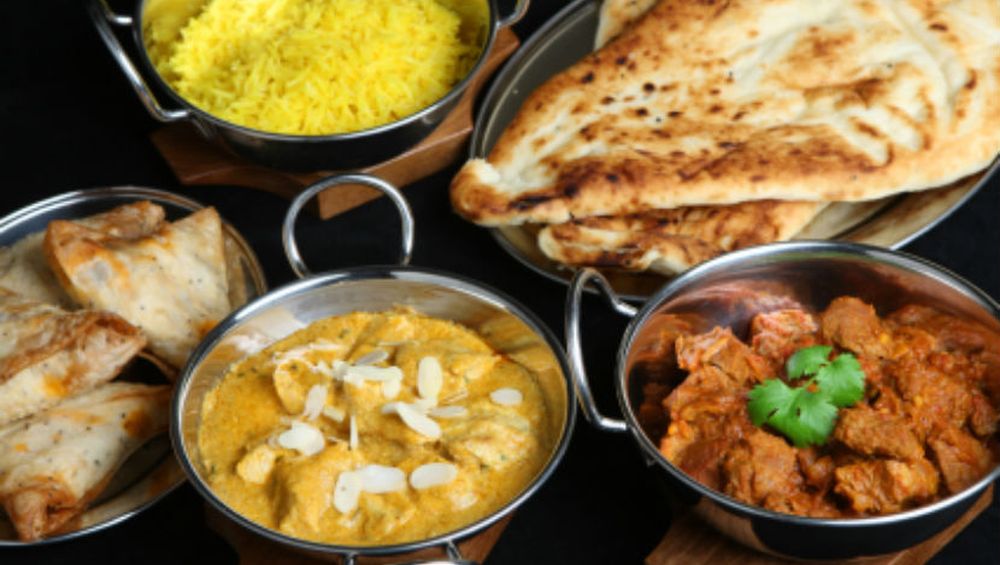 According to UNICEF’s annual report 2017, Pakistan is classified as a lower-income country. With about 208 million people, Pakistan sits as the sixth most populous country worldwide. The country faces a host of challenges, with high levels of inequality, unemployment and poverty making life difficult for 38.8% of its populace.

One of the biggest issues that go into calculating the poverty level in any country is to determine how many people are malnourished. To determine this, Unicef, in partnership with UKaid and the Nutrition Wing of the Health Ministry in Pakistan, carried out a detailed survey regarding the average ‘Cost of Diet’ in the country.

Good nutrition is essential to the healthy development of children, both physically, and mentally. Prime Minister Khan also highlighted this issue in his inaugural address to the nation, pointing to how stunted growth affects human brains, and in turn plays into the opportunities (or lack thereof) that people can avail later on in their lives.

The good news is that malnourishment can be overcome. And UNICEF’s report takes one step in identifying the length and breadth of the issue as it exists in Pakistan.

The report’s findings are illuminating to say the least. The study took data from all provinces in Pakistan, to arrive at the average cost of a nutritious diet in the country.

The survey found that an average Pakistani household spends as much Rs 104,000 to 171,300 annually to fulfill its nutritious diet needs. For a Food Habit Nutritious Diet, this figure shoots up to Rs 144,900 to 212,200 per household annually.

If you observe the results region by region, you’ll find that food prices tend to be higher in Azad Jammu and Kashmir region in terms of how much a household spends on a nutritious diet annually. The results more or less remain static in other provinces, but a high rate of inflation can change this outlook at any time.

Furthermore, the study found out that for most Pakistanis, their diets were determined by what were the most affordable food items in the country. This meant that poor households’ consumption of fruits, eggs and meat were limited, given their high price in the market.

Unsurprisingly, these food consumption patterns are unlikely to change, unless households have a higher income.

For many countries, availability of food items also remains a pressing issue. In Pakistan however, major food items are readily available. The barrier remains one of affordability as previously stated.

As far as nutritious diets go, it was found that nutrients such as Vitamin A, Vitamin B12, calcium as well as iron were the hardest to find in what is available locally. Furthermore, UNICEF found that the routine diet of children lacked meat, vitamin A, eggs, and iron-rich foods from 6-23 months.

You can take a look at the complete infographic here: 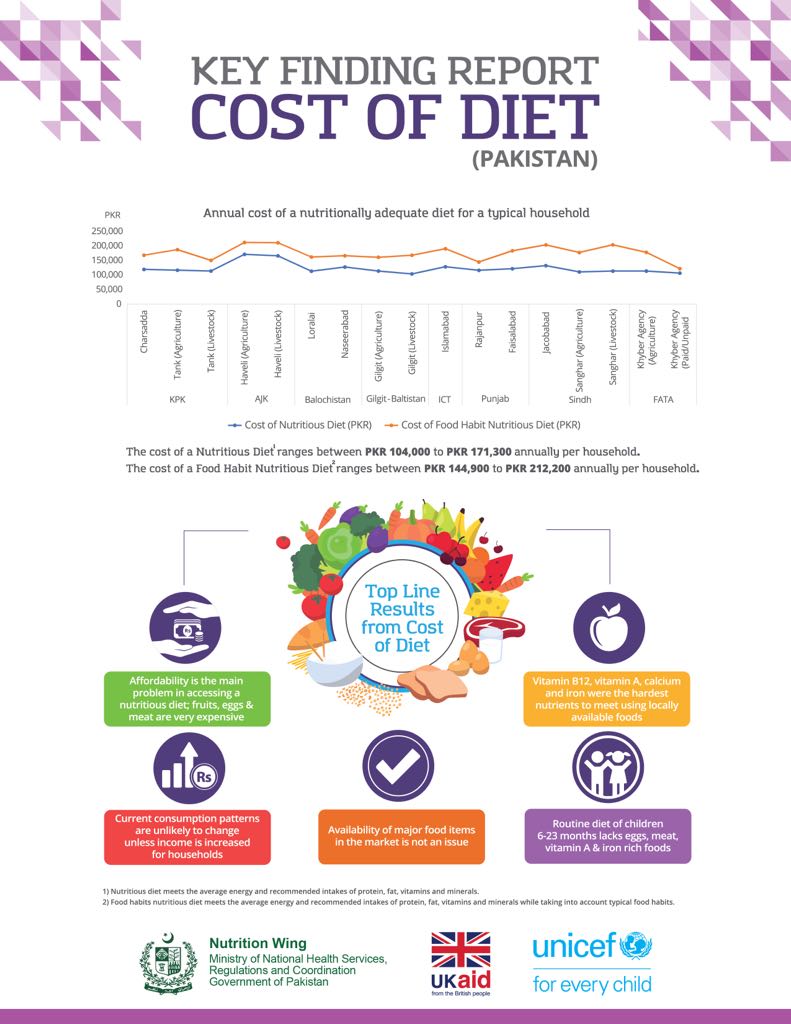 There’s no mistaking the fact that Pakistan, despite being a predominantly agricultural country, needs to do better in curbing undernourishment. This report represents a necessary template that policymakers both at the public and private level need to be cognizant of. Given PM Khan’s focus on combating the issue of stunted growth on a war footing, all stakeholders are advised to come together.