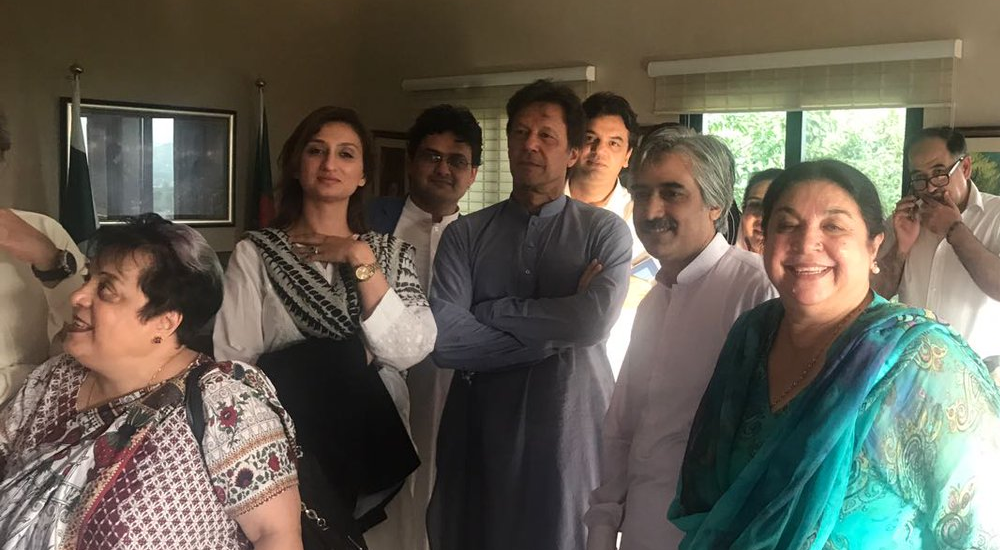 In the age of information technology, access to information has become very fast and easy. Every minute million of Google search are made, emails are sent and Facebook and other social media platform are accessed. The urge for being informed every minute have stoked surge in ‘fake-news’.

The phenomenon of spreading fake news especially on social media has been a global phenomenon. Almost every country of the world is facing the challenge of controlling and combatting the spread of fake news and Pakistan is not an exception.

The purported notification from the government proved to be a weapon at the hands of Pakistan Tehreek-e-Insaf (PTI) led government’s opponents.

The notification was widely shared stating that Maleeka is a sister of Prime Minister’s Special Assistant on Overseas Pakistani Zulfi Bukhari.

The anti-govt or PTI guns started blazing and government came under intense fire on social media for ‘nepotism’ and ‘cronyism’ over the purported appointment.

However, the notification proved to be fake. Later it turned out that Maleeka was not appointed as BISP Chairperson nor he is related to Zulfi Bukari.

She took to Twitter to clarify that she has neither been appointed as BISP head nor is related to Zulfi Bukhari.
But the clarification was not enough to put the rumours mills at rest and the government of Pakistan had to come up with a clarification.

I want to categorically put it on record that I have not been appointed as Head of BISP. I am also not related to Zulfi Bokhari. I hope this suffices & should put the discussion to an end. @PTIofficial @InsafPK

On Monday, a spokesman of the federal government issued a statement contradicting the news item appearing in a section of media regarding the appointment of Ms. Maleeka Ali Bukhari as Chairperson, Benazir Income Support Programme (BISP) as baseless.

The statement said: “The correct position is that Maleeka Ali Bukhari has been appointed as Parliamentary Secretary to Ministry of Law and Justice and is not related to Sayed Zulfiqar Abbas Bukhari, Special Assistant to the Prime Minister on Overseas Pakistanis and Human Resource Development.” The spokesman expressed the hope that media will desist from publishing/airing news without verification.

Earlier in the day, Information Minister Fawad Chaudhry also took to Twitter stating “a series of Fake notifications and news is systematically spread on social media, it started from a media dinner picture and now there is a series of such rubbish. Without affecting freedom on SM we need to take strict action against fake news.”

A series of Fake notifications and news is systematically spread on social media, it started from a media dinner picture and now there is a series of such rubbish. Without effecting freedom on SM we need to take strict action against fake news. https://t.co/QRaQYBreRm

@FakeNews_Buster launched
This did not stop here as Ministry of Information and Broadcasting in the evening launched a Twitter account @FakeNews_Buster for exposing fake news.

The first tweet of the account states: “The objective of social media is information, education and knowledge sharing. It should be based on truth and should not spread fake news and disinformation to achieve ulterior motives. Otherwise, it will erode its credibility.”

The objective of social media is information, education and knowledge sharing. It should be based on truth and should not spread #FakenNews and disinformation, to achieve ulterior motives. Otherwise, it will erode its credibility. @fawadchaudhry @gop_info https://t.co/HIfYe7qQ4w

Information Minister Fawad Chaudhry said this account would respond to fake news and action would be taken against those responsible for spreading it.