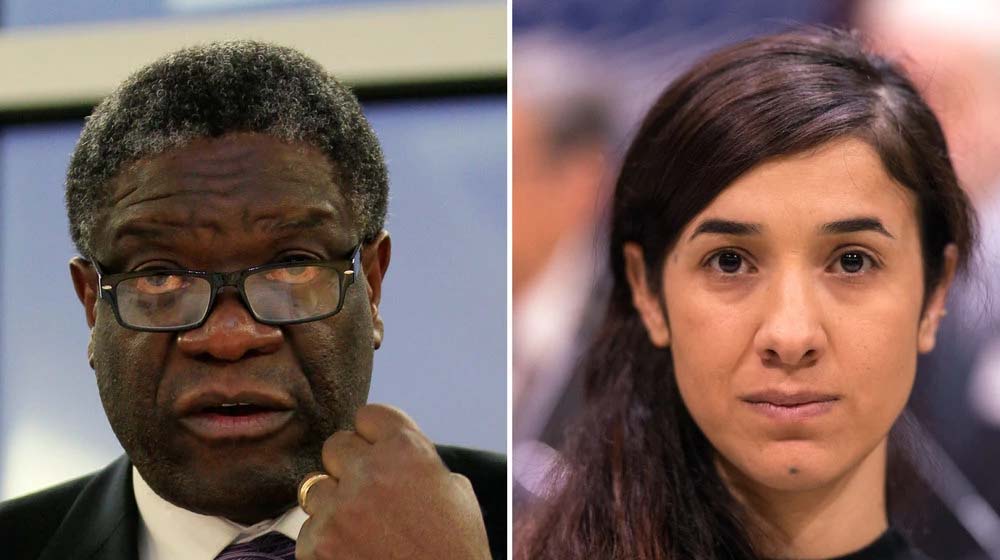 The Noble Peace Prize for 2018 was awarded to Denis Mukwege, a doctor in the Democratic Republic of the Congo, and Nadia Murad, a 25-year-old Yazidi activist, in recognition of their struggle against sexual violence.

The Norwegian Nobel committee said that the campaigners were awarded the prestigious prize “for their efforts to end the use of sexual violence as a weapon of war and armed conflict”.

The award has heartened campaigners fighting for combating the use of sexual violence as a weapon.

Mukwege, 63, has worked for decades in Congo against sexual violence and caring for victims of the assault. Murad has used her own story of enslavement and rape by Islamic State to publicise human rights abuses.

Both had “put their own personal security at risk by courageously combating war crimes and securing justice for victims,” the committee said. Mukwege was in surgery when he heard he had won the peace prize. “I can see in the faces of many women how they are happy to be recognised,” he said.

The committee said: “Both laureates have made a crucial contribution to focusing attention on, and combating, war crimes. Denis Mukwege is the helper who has devoted his life to defending these victims. Nadia Murad is the witness who tells of the abuses perpetrated against herself and others.

“Each of them in their own way has helped to give greater visibility to war-time sexual violence so that the perpetrators can be held accountable for their actions.”

Mukwege, a gynaecologist, founded and maintains the Panzi hospital in Bukavu, in the east of the DRC, where he has cared for tens of thousands of women who suffered sexual assault in the country’s recurrent civil conflict. Mukwege survived a kidnapping attempt in 2012 but has continued his work.

The committee described him as “the foremost, most unifying symbol both nationally and internationally of the struggle to end sexual violence in war and armed conflict”.

Murad was abducted with other Yazidi women in August 2014 when their home village of Kocho in Sinjar, northern Iraq, was attacked by Isis. Captured alongside her sisters, she lost six brothers and her mother as the extremists killed the village’s men and any women considered too old to be sexually exploited.