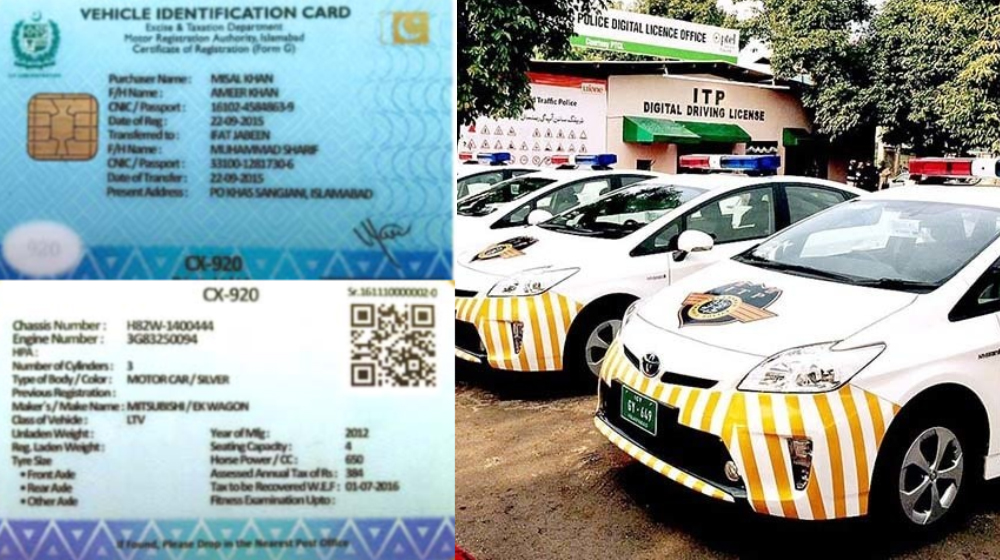 The Excise and Taxation Department has announced that it will replace traditional vehicle registration books with new digital smart cards in mid-October this year.

The NFC-equipped cards are being launched for security and facilitation of the citizens. These cards will also make the vehicle registry verification process much easier, according to the Rawalpindi Excise Department’s director.

Along with the smart cards, the government will also launch new number plates and universal numbers. A universal number will ensure a clean registration process, that reduces chances of people evading the motor vehicle tax or getting fake number plates. It will be issued along with a Smart Card.

This number will work in all districts, as the public registry data is being moved to a central server, instead of the older system where each district had its own data.

What You Need To Know

Here are some things to keep in mind about the new smart card:

A centralized system prevents duplicate number plates, as owners will not be able to register one vehicle in two different districts. The authorities will be able to know whether or not the vehicle is already registered under its chassis number.

Other than that, smart cards make it easy to pay token taxes for the citizens, and also to keep a track record of payments.

Some areas, like Islamabad, already started issuing registration cards instead of booklets, but it is now being made mandatory to replace the older registration books.