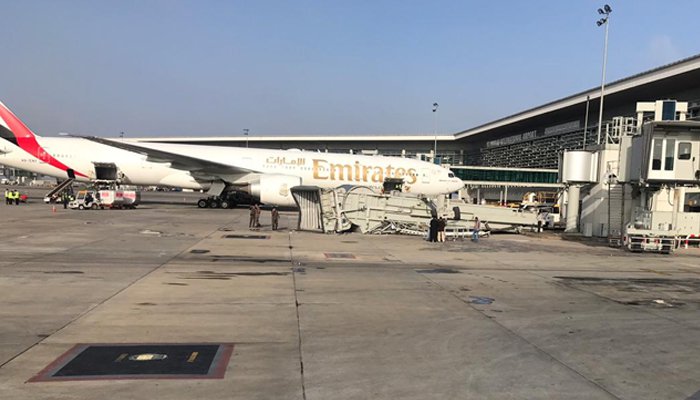 Earlier today, the Islamabad International Airport witnessed a mishap after a passenger boarding bridge that was attached to a plane collapsed.

The collapse resulted in one injury. According to reports, an operator from the Civil Aviation Authority, Mohammad Mudasir, was injured as he was moving the bridge back from Gulf Airline’s flight GF771. His injuries were caused by pieces of broken glass from the collapsed bridge. 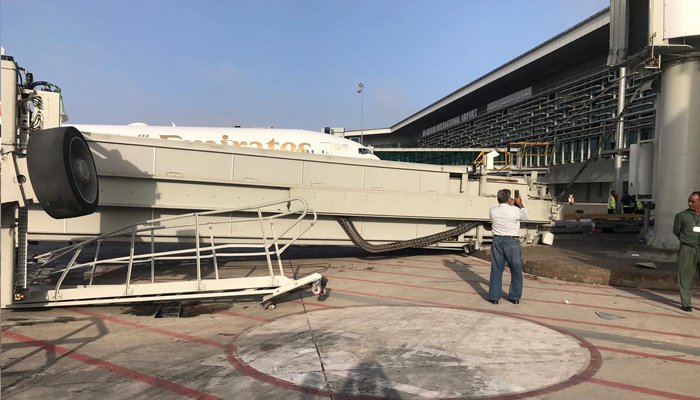 The passenger bridge was attached to a plane belonging to the foreign airline. No damage was reported to the plane.

@raisinganchor Islamabad Airport today… They rushed to open this incomplete airport to show off… pic.twitter.com/DAzELFP9g1

The Islamabad Airport finally opened its doors to the public on May 1, after being plagued with numerous delays and issues since work began in 2007, with its costs soaring to over Rs 100 billion.

In addition to these, the airport also possesses an air traffic control complex, cargo terminal, oil depot, fire & rescue services to enable it to respond to any emergencies.

The airport’s modular design helps it serve 9 million passengers and 50,000 metric tons of cargo. Its design can be further expanded upon if the need arises. The airport is also located about 30 kilometers away from central Islamabad.