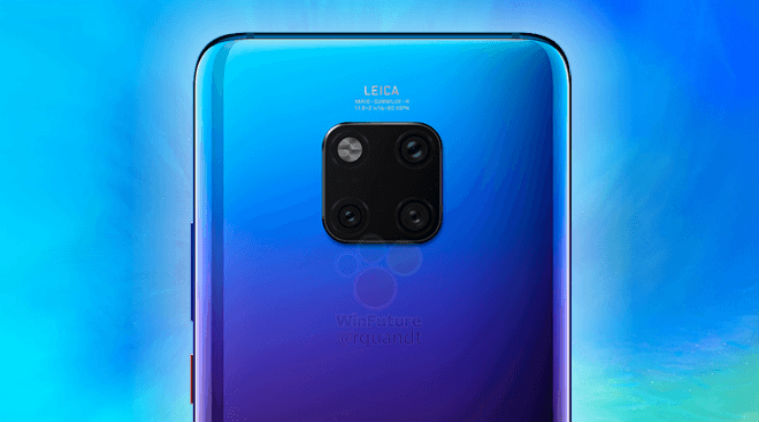 The smartphone market is one of the most volatile segments of the electronics industry, seeing major changes in the span of a single year. Some companies struggle in keeping up with the pace, but some define the trends and set the direction for everyone else to follow.

Previously, a lot of phone makers looked towards Samsung or Apple for inspiration (or imitation in some extreme cases). However, that all changed when a few Chinese companies stepped forward with their own fresh ideas on what the ideal smartphone should be. Xiaomi pioneered the bezelless trend and Vivo came up with the in-display fingerprint reader tech, for example.

Huawei, meanwhile, partnered with Leica (one of the oldest camera manufacturers in the world) and went all in on the photography front. The culmination of that partnership was the Huawei P20 Pro, featuring the best photography chops you can find on a smartphone in 2018.

Now, we’re just a few days away from the launch of Huawei’s Mate 20-series, which will feature the absolute best of what a smartphone can offer in 2018.

Here are the top 5 things you should look forward to in the Huawei Mate 20 Pro.

The Best Camera Experience of Any Smartphone

Huawei Mate 20 Pro will feature the same camera setup as the P20 Pro but with improvements on board.

P20 Pro comes with three rear cameras, with a 40 MP, 20 MP and 8 MP lens. The three combine to capture stunning levels of detail, even in low light scenarios, thanks to a combination of black and white, telephoto and wide-angle lenses. This allowed the phone to top the DxOMark smartphone camera quality benchmarks, with an all-time high score of 109. In fact, it’s still the top-ranked phone even after the release of flagships from other manufacturers.

The Mate 20 Pro won’t just borrow the camera setup from the P20 Pro, it will come with a better ISP, translating into better image processing and an overall improved camera experience. It might just set a new record on DxOMark.

One of the most crucial components of the smartphone, battery life dictates how long you can actually do what you enjoy on a phone.

The Mate 20 Pro will come with an impressive 4,200 mAh battery, higher than any competing flagship smartphone released this year. Only the Samsung Galaxy Note 9 comes close, and it still has a lower battery capacity, at 4,000 mAh.

Longevity is key and the Mate 20 Pro will ensure that with its large battery unit.

As mentioned earlier, the smartphone industry is in a constant state of flux. One of the major hardware components in a smartphone, the System-on-Chip or SoC, is the tip of the spear when it comes to change.

Every year, fabricators try to improve efficiency and performance, often times by reducing the die size of the chip. This year, Qualcomm’s 10nm flagship Snapdragon 845 chipset topped the charts with its impressive performance. Beating Qualcomm to the punch, Apple unveiled its own 7nm A12 bionic processor, which was not only faster but also brought a power efficient design.

Huawei is aiming to beat both of the companies with its own 7nm Kirin 980 Chipset, which is rumored to top the charts in AnTuTu’s popular smartphone performance benchmarks.

It will also feature a host of other improvements, like the previously mentioned improved ISP, a better neural processing engine, a better GPU and more.

Gaming on smartphones has seen a sort of renaissance recently with the launch of PUBG and Fortnite on the platform. Unfortunately, most mid-range phones can only do so much and often struggle to play demanding games like Asphalt 9 or PUBG.

This is where Huawei comes to the rescue. Their GPU Turbo technology not only improves framerates on mobile games it also helps draw less power to make sure you can game for longer.

With the Mate 20 Pro, Huawei is all set to introduce GPU Turbo 2.0, which goes one step further in improving efficiency and GPU performance.

Naturally, a bigger screen enables a more immersive experience in a phone, and Huawei Mate 20 Pro is doubling down on that with a huge 6.9-inch panel which is the biggest ever in a flagship phone. You might be wondering how would you even fit a phone that big in your pocket, or how odd you’ll look when you call someone on the Mate 20 Pro.

You don’t have to worry.

One of the good things about the bezelless design philosophy is the reduced footprint of a smartphone. Roughly speaking, you get a 6-inch 18:9 display in a smartphone that is about the same size as a 5.5-inch 16:9 phone from last year.

In Mate 20 Pro’s case, the screen will be curved from the sides and will also feature a bezelless design, further reducing the overall footprint of the phone and keeping the smartphone’s size as small as possible.

Are you excited for the Mate 20 Pro? Do you think it can do better than the iPhone XS Max, Note 9, Pixel 3 XL and other competition? Let us know in the comments below!