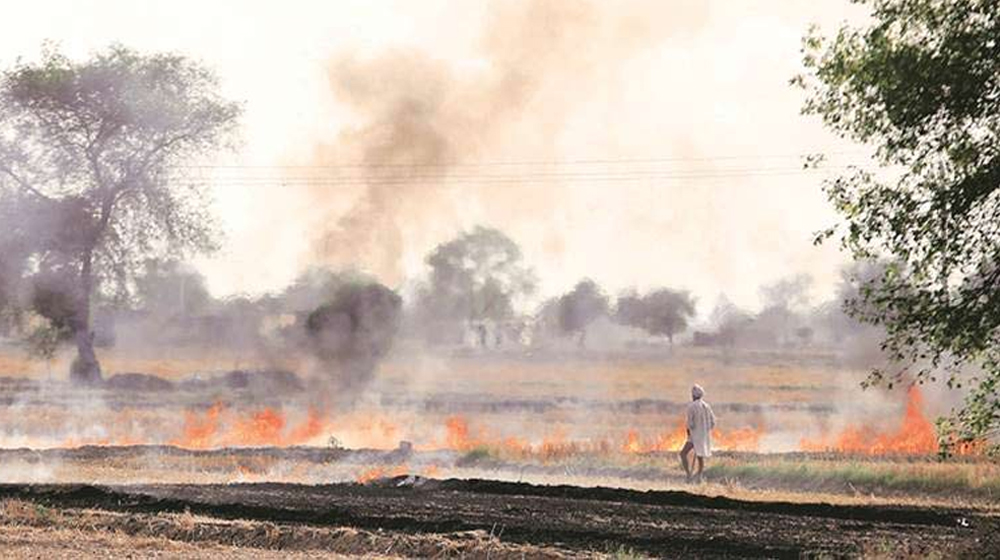 A rampant crop burning exercise is taking place in Punjab, near Lahore, according to the images from the satellite of National Aeronautics and Space Administration (NASA).

Despite the fact that the Environmental Protection Department (EPD) has prohibited any such practice, it continues to occur frequently around this time of the year.

Not only does burning crops impact the environment both within the country and other neighboring countries but it also results in the loss of crucial nutrients and large volumes of greenhouse emissions.

It is responsible for the smokers’-lounge situation that emerges every year in Lahore and likewise areas of Punjab owing to a heavy blanket of smog. It lingers on the province from the last week of October to mid-November every year.

While putting a ban on the crop burning, authorities also announced to start awareness campaigns along with legal and punitive action. However, the fires go unchecked hitherto.

NASA satellite reveals crop burning is taking place in Pakistani Punjab (& near Lahore). The @EPD_Punjab is supposed to have cracked down on this activity, but it appears rampant. pic.twitter.com/ljGVcWAa3h

Crop burning or the stubble burning is an intentional burning of the leftover straw to get the fields ready for the next harvest in less time. According to farmers, it also improves the fields’ health. This practice has been pretty common in both India and Pakistan for ages.

NASA Reveals the Real Culprit Behind Smog in Pakistan, and Yes it’s India

In Pakistan, farmers burn the crop stubbles left from the harvest of paddy fields to prepare them for the wheat cultivation.

Every year, NASA satellite reveals a massive number of fires against the border of Pakistan and India. However, the fires in Pakistan have no comparison with India, which burns 32 million tons of crops residue annually.

Still, the agricultural fires in Pakistan damage its air quality profoundly as they pollute the air with carbon monoxide, greenhouse gas emissions, and many more substances that are toxic.

As the winter approaches, the country is expecting its usual spells of smog that will soon engulf the cities, towns, and villages, especially in Punjab and Sindh. The situation is going to worsen if the ongoing crop burning is not stopped.

Just last year, when the streets of Lahore, a home to 10 million people, got swamped in the dense smog causing allergies and even deaths among its denizens, the reason was traced back to the crop burning in India.