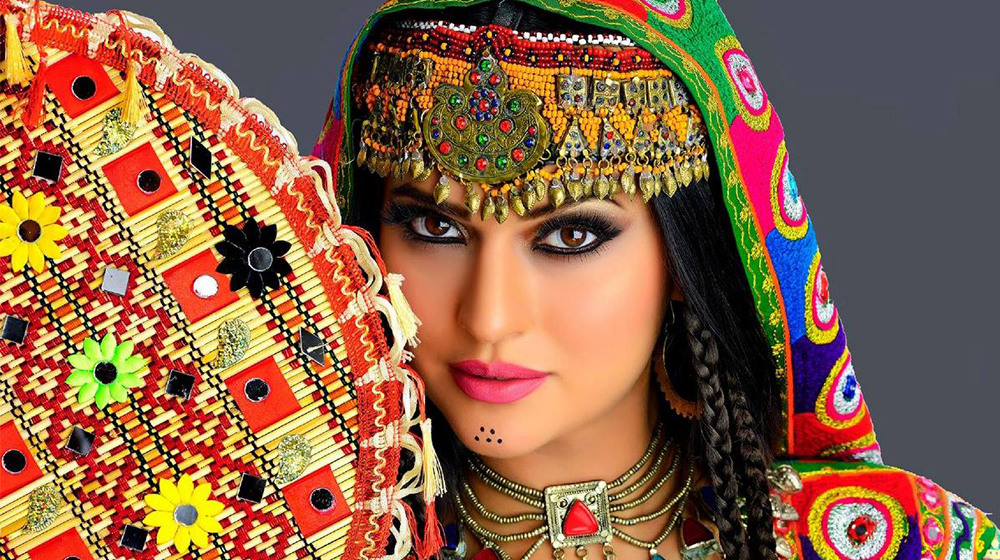 Forever after the novelties of the initial human civilizations ambled this beautiful planet of ours, attractive clothings have been viewed as indicatives of Royalty. A provocative attire delivers a statement, an assertion that perforates through the perpetrator’s temperament. It manifests the confidence and the conscience of the wearer into one overpowering persona.

The millennia we have crossed have witnessed the emergence of innumerable dressing traditions. Some fell into the oblivion of time, while some embarked on an endless journey of eternal existence among the souls of those who value its beauty. 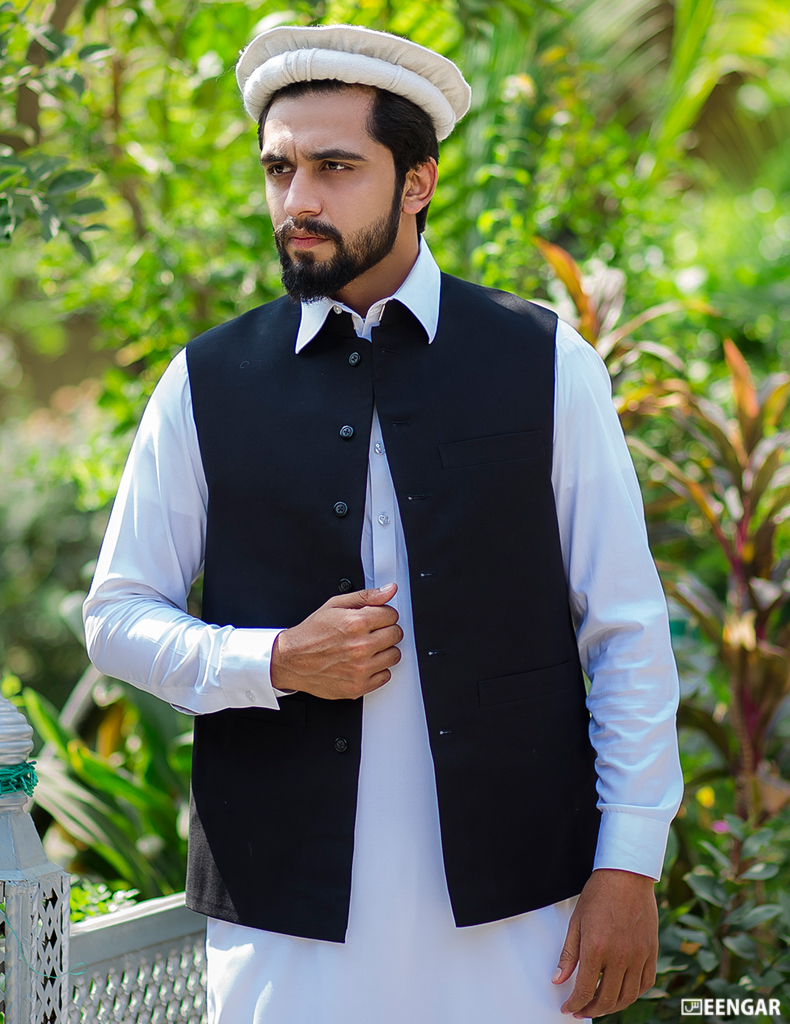 The Greeks, the Vikings, the Persians, and most remarkably, the Afghans. Their prominence has been proclaimed by their unique style of dressing.

The Greeks were famed for their notably simple yet intolerable outlooks. The comfort endorsed by the apparels in possession of Greek nobles is unparalleled to date. The Vikings were known for their radiant jewelry and stock colors. Silk woven outfits were the designators of extravagance complimented by brooches, beads, and necklaces for jewelry. The Persians, besides their ferociousness, were marked by the excessive emphasis laid upon Gold, Silver and Aztec jewelry and relatively more exposing clothings.

The Afghans, though considered the descendants of the Persians themselves, have been able to withstand the circle of time and not perished, as the previous ones did. 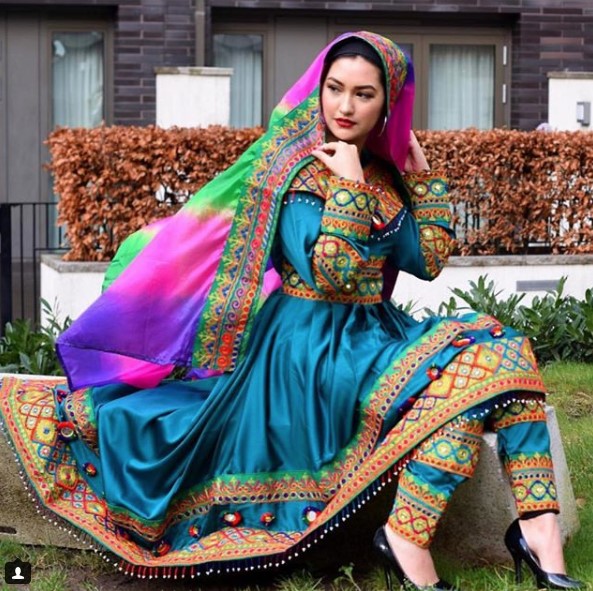 A curious insight into the Afghan culture will reveal to you not only the bloodborne beauty of its people, but also their heritage, echoing its uniqueness in the valleys of tradition.

The effects displayed by the Afghans, have for long, fascinated the admirers of true art. Their jewelry, the casual and formal outfits, the accessories, all so lucrative, that one can barely ignore them. The Tajiks, the Pashtuns, the Uzbeks, and the Hazaras are the flagships of Afghanistan’s ethnic clothing culture.

The Pashtuns have remarkably made their presence felt among all other groups. Their style is not only the most popular and widely worn, but also the one promising the greatest of all dressing comforts.

Similar to all almost all dressing traditions, the Afghan have also segregated their outfits on the basis of gender, with unusual similarities and differences at the same time. Afghan clothing styles reflect that Afghanistan is home to various ethnicities.

Pashtun dresses are not only popular in Afghanistan, but also commonly worn in many parts of the United States of America and the European Union as well. This is due to the utmost comfort granted by the loose fittings.

The Kuchi tribal people are the biggest propagators of the Afghan clothing culture.

The reason behind the wide social acceptance of Afghan clothing resides in the fact that for almost all the clothings, either linen or silk is used and no other fabric.

Men and women have been wearing apparels distinct from each other in all aspects.

Traditionally, men have been wearing loosely-fitted garments supplemented by the extremely famous and revered Pakol caps. The popularity of the Pakol caps can be reasoned as it has been utilized by many great and prominent personalities in the past.

There have also been such gentlemen who prefer a male variant of the shalwar-kameez dressing style, something very popular in the entire Indian sub-continent. The male variant is unequivocally referred to as “perahan-tunban”.

Another diverse clothing option is the Karakul hat, which was converted into a fashion trend and a sign of patriotism by none other than the first Prime Minister of Pakistan.

Adopting the above described style of clothing, will not only give you a vintage feel of ethnicity but also help you blend in with the cheerful populace of its origin country.

The greatest and most beautiful aspect of Afghan clothing culture is the traditional dressing sense, particularly in regards to woman’s clothing.

The female side, like the male side, also prefers and utilizes silk and feather-like linen based clothes.

The women counterpart is famous for the intricate embroidery stitched upon the faces of their clothings to augment the charm of wearer.

Casually worn trousers are usually of solid colors, with embroidered garments on top. The embroidery practiced by the Afghans on their clothes is a complimentary aspect of their entire wardrobe.

The dresses worn by women on formal occasions carry a unique intimacy.

The golden threaded embroidery, also known as Zardozi, complimented by golden beads, is more than what you need to ramp up the standards of any formal occasion.

A traditional bridal style of clothing, focused upon the center of the occasion, like the bride herself is “Gand-E-Afghani”. It is generally counted among the most popular female Pashtun dresses in the world, merely due its simplicity rejuvenated by the astounding variety of colors that the dress comes in.

Another yet-untouched side of the Afghan culture is its distinct form of jewelry.

The fundamentals of Afghan clothing are apparently the comfort it grants to the person wearing them. Be it for males or females, they all give a pleasant and unprecedented experience. 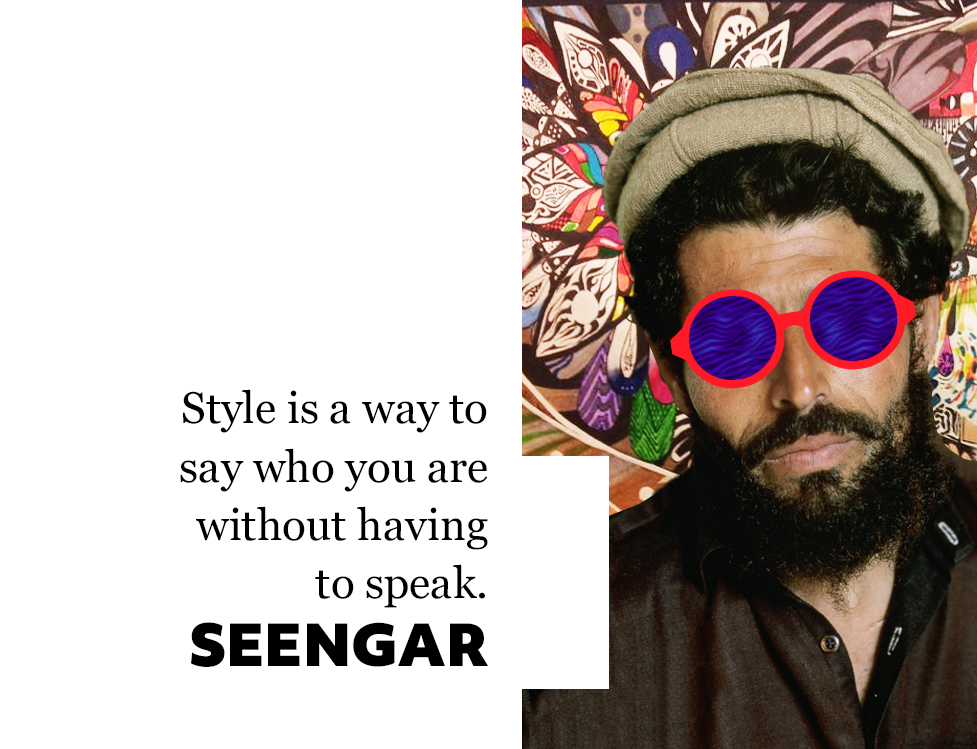 “Nothing in this world compliments a well-dressed person as much as a glossy set of jewelery.”

The authenticity and stock diversity of Afghan jewels is a realm apart. The basics of Afghan jewelry, like any other in the world, is defined by the various articles it presents to the wearer.

Bangles, necklaces, brooches, rings, and bracelets happen to be common all over the world. What makes the Afghan jewels so distinctive is the creativity dripping from the abundance of vibrant colors used in their manufacturing, making sure that heads turn at every occasion you take them to.

All the traditional jewelry comes mainly from the nomadic Kuchi tribe.

The Kuchi tribe can be defined as the significant beholder of the Afghan culture. It is surprising that how a tribe, which transits from one place to another ceaselessly, has over the years managed to not let its heritage fall prey to the vicious circle of ignorance and extinction.

This outstanding zeal of the people of Afghanistan towards their culture will make anyone respect their dedication.

One of the key members at Seengar stated:

We, at Seengar, are the representatives of thousands of years of heritage bestowed upon all of us by our forefathers. With pride, we have borne upon ourselves the responsibility of keeping the sanctitude of our culture alive. It is a legacy we want everyone to know about. Pashtun is in our blood and it is our delightful pleasure to be a part of it. Having you besides us will be another step further in making this creed last for eternity.