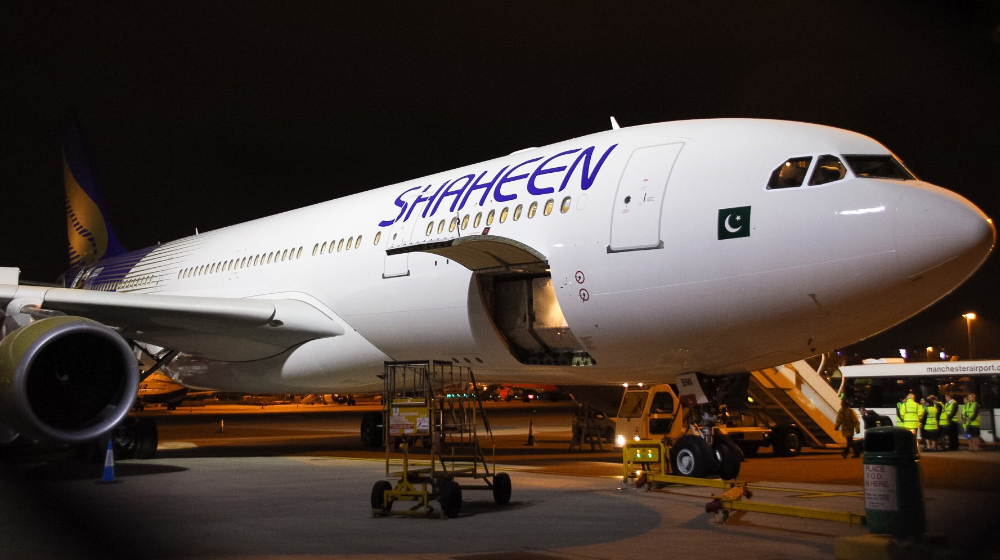 A letter from the Civil Aviation Authority (CAA) has asked Shaheen Air International’s (SAI) to halt ticket reservation for December.

The letter prevents SAI from future bookings because the airline does not possess a valid Regular Public Transport License (RPTL) and has not been granted an approval for winter schedule by the authority.

The flight control authority asked the defaulter airline to immediately stop unauthorized ticket reservations on its website or through sales and marketing channels.

Shaheen Air’s RPTL license was canceled after it defaulted in payment of over Rs 1.368 Billion to the CAA in August this year. 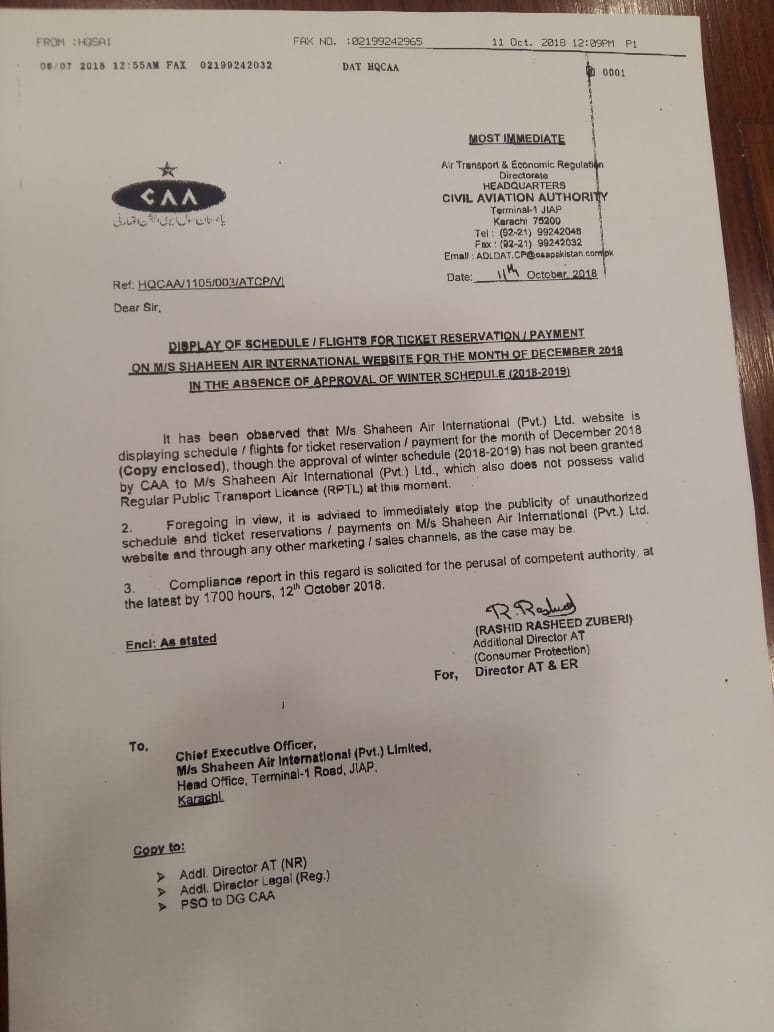 Passengers are also advised not to acquire tickets from Shaheen Air until CAA allows the airline to fly again.

SAI’s Karachi head office was also sealed by the Federal Board of Revenue (FBR) due to non-payment of Rs 1.4 billion. 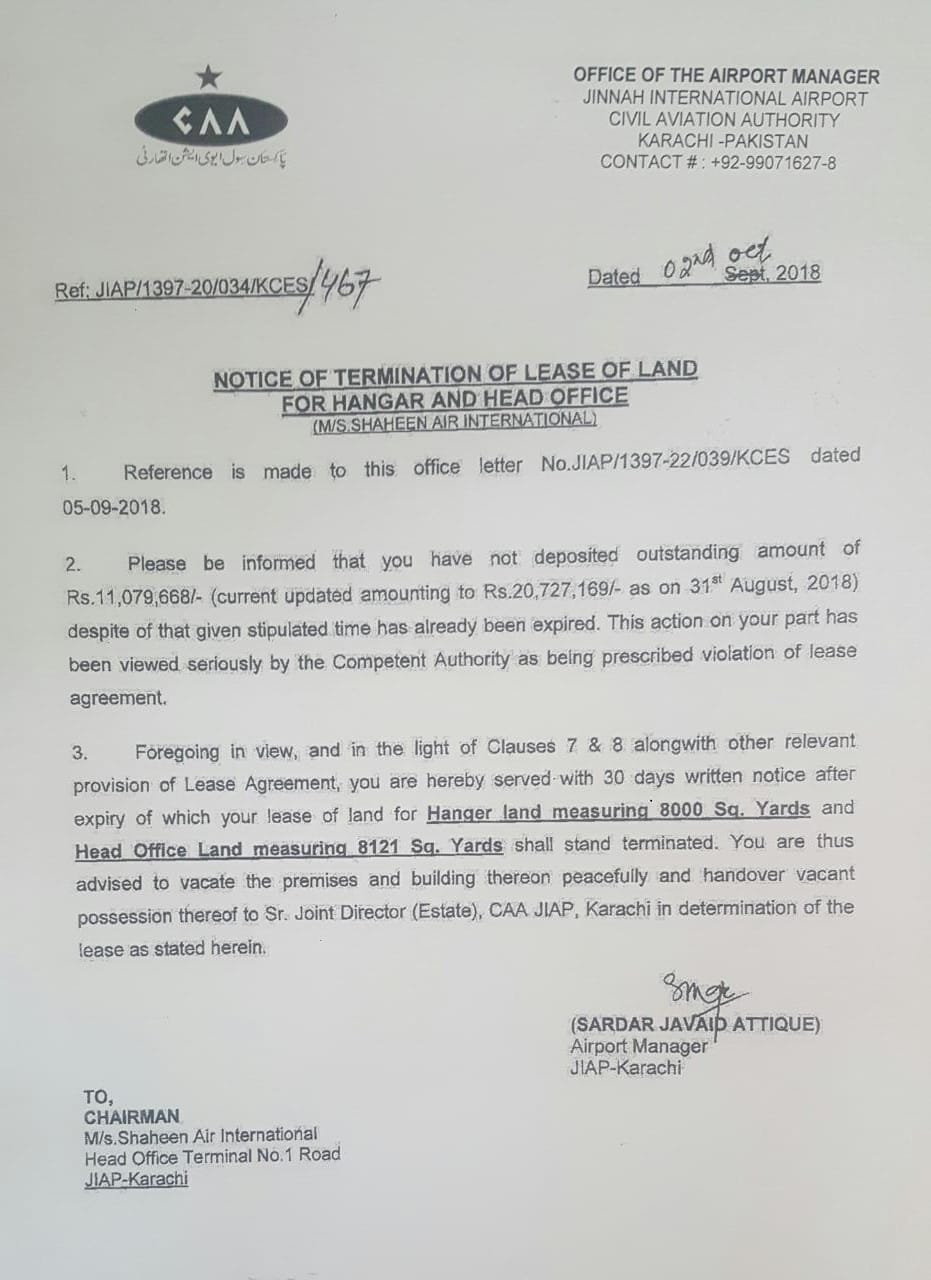 Another hurdle in the revival of Shaheen Air International (SAI) is that it has been asked to vacate its head office and hanger premises following nonpayment of dues.

A letter issued by the Civil Aviation Authority (CAA) earlier this month notified the airline of the decision and asked it to ‘hand over the vacant possession’ to Senior Joint Director Karachi.

The letter mentions that SAI owes Aviation Authority a hefty sum of Rs 20, 727,169 in terms of rent for the office and the hangar.

This would be another blow to Shaheen Air which is already striving to avert the looming crisis. In the past couple of months, SAI lost its international route, its pilots went on strike for nonpayment and its license was revoked by the CAA.

And now the doomed airline has been asked to stop booking for the month of December because CAA is yet to grant the winter schedule.