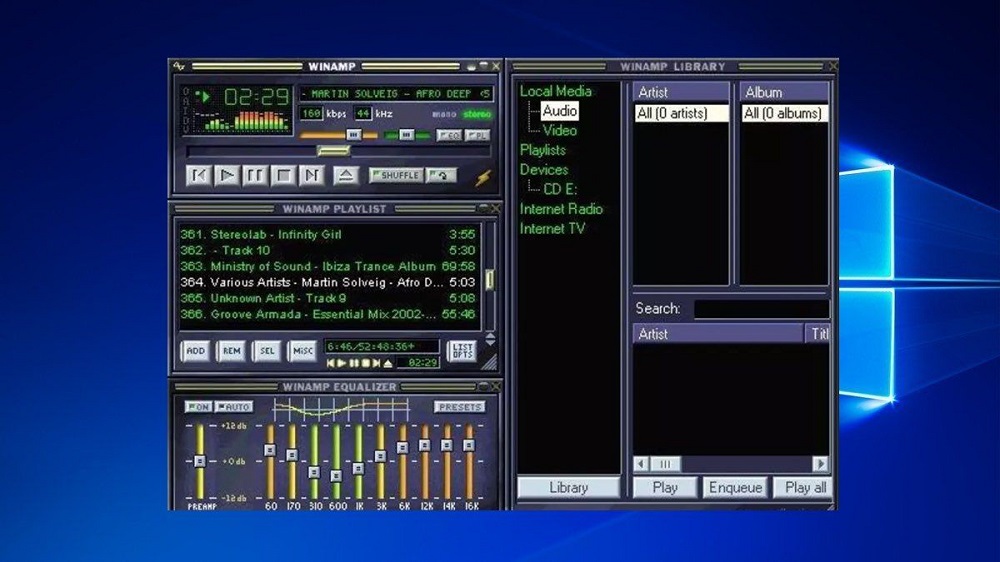 It won’t be easy to compete against Apple Music, Spotify and other popular services.

In this new era of tech companies getting revived, the latest to experience a rebirth is the Winamp media player, which was apparently lost among the crowd earlier this decade. The news was revealed by TechCrunch, following rumors of the service’s comeback last week.

As part of its revival, the music player is learning new tricks to avoid sloughing away again. The new version is focused on being a one-stop shop for all your music, podcast and streaming related needs, regardless of whether they are stored on your home or the cloud.

This new version 5.8 will hit users later this week, perhaps finally solving the reliability issues that hit users in Windows 10. It will be the first major update to the app going back to 2013.

However, the biggest story here is the imminent release of Winamp version 6.0, the new desktop-focused release which will hit users next year. The company says it will be its reward to the strong existing community which amounts to millions of users (just how many exactly it hasn’t told).

For people who were too young at the time, Winamp used to be the de facto king of MP3 media players, before the VLCs, iTunes, and Grooves of the world came along, not to mention streaming services like Spotify.

During its heyday, it used to have as much as 100 million monthly users, and was brought by AOL in 2002. The last we heard of it, the software was sold for $80 million to Radionomy, a private company that helps run online radio stations.

Whether Winamp has what it takes to return in 2019 remains to be seen.