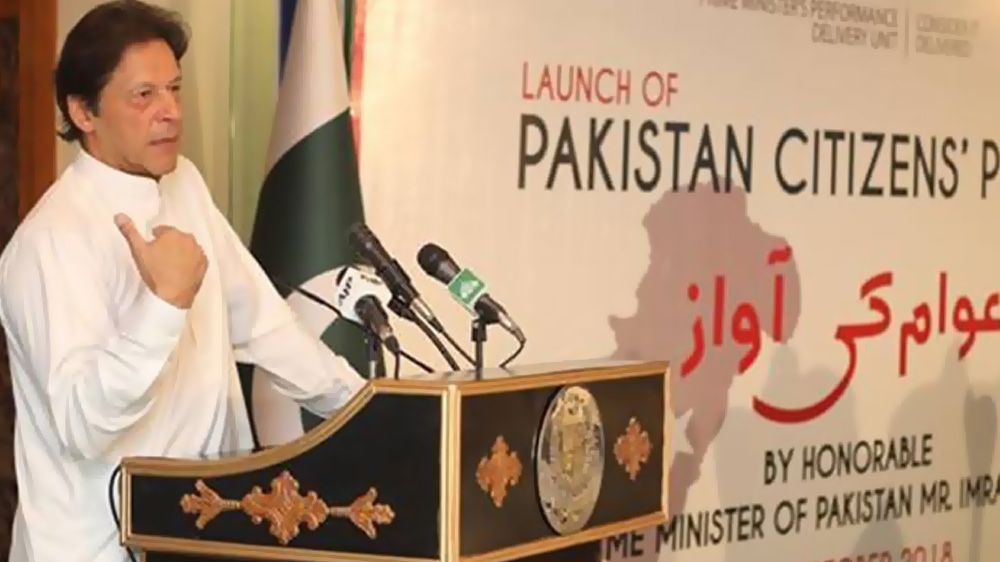 There is an urgent need to leverage the benefits that modern technology affords the common man and to ensure that the same is used for giving them the voice they need. With this goal in mind, Prime Minister Imran Khan recently launched the Pakistan Citizen Portal, a place where people can lodge complaints, get their issues addressed and gain invaluable insights on improving grassroots governance.

The Citizen Portal app has been termed as an innovative program that can enable citizens to have their say in governmental affairs. Through the app, citizens can register their complaints and suggestions for the government ministries, offices and departments.

It is available as a mobile app (Android only for now), however, citizens will also be able to send feedback via email, letters, or telephone.

The Prime Minister said the citizens can raise their voices online and the departments and offices concerned will be bound to respond in the specific timeline to address their complaints and the PM Office will be overseeing the progress on those issues.

The online portal aims to connect 4,000 government offices and is regarded as the first of its kind in the country.

PM Imran said that it is his hope that this app can help the government formulate better policies for the common man, based on feedback and suggestions.

“PakistanCitizenPortal will make it easy for me to get details of where in Pakistan the complaints are coming from, about which ministries,” says PM Khan.

However, it seems that the app is not ready for prime time yet as many users are complaining that they are unable to get themselves registered at the online portal (at the the time of filing of this report).

Has anyone successfully registered on Pakistan Citizen Portal? I've been trying since yesterday and every time the app returns 'something went wrong'

Sources say that due to the high traffic, the web portal is unable to cope with the volume and therefore, some people are unable to get themselves registered.

However, Akif Khan, Deputy Coordinator eGovernance, a member of the team which developed this portal, reveals that the app is already working as intended:

Perhaps better QA testing might have ensured that this portal may not have run into these issues before going out to the public.

Your intentions are good but planning is bad. The way you design any system depend on your committment and Seriousness.

Move your Portal and services to Distributed System. Instead of having traditional Client Server approach.