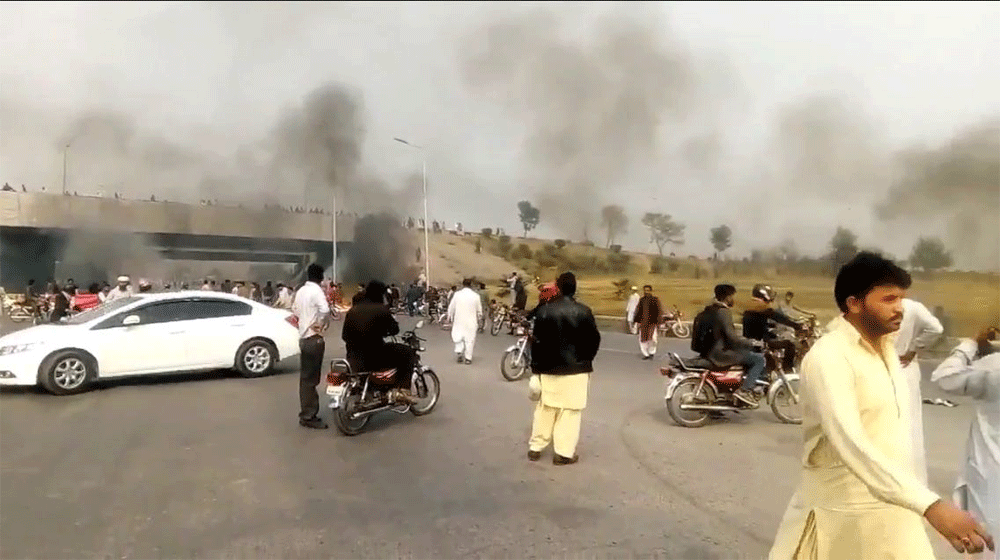 Workers of the right-wing religious parties have taken to streets across the country to protest against the Supreme Court’s verdict that acquitted Asia Bibi of blasphemy charges.

Ahead of the decision, the security had been put on high alert but nothing seems to bother protesters.

Tehreek-e-Labbaik Pakistan (TLP) had directed its workers to take the roads on Wednesday, ahead of the decision, and start the protest if SC releases Asia. 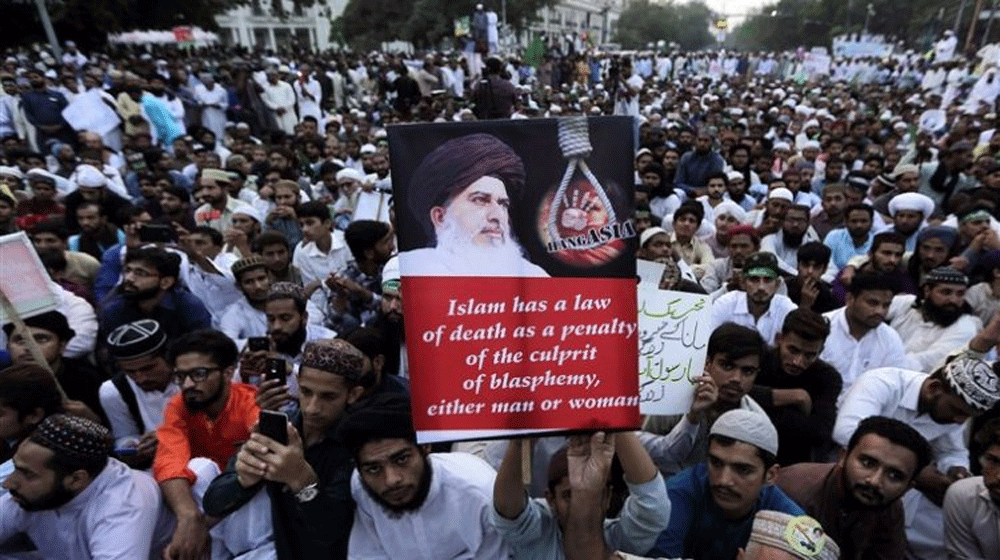 Religious parties believe Asia Bibi’s acquittal has come under foreign pressure and is ‘not acceptable at any cost.’

However, the situation has not remained peaceful anymore in several parts of the country.

The country’s federal capital has been blocked for traffic after protesters started burning tires at several spots on major avenues. 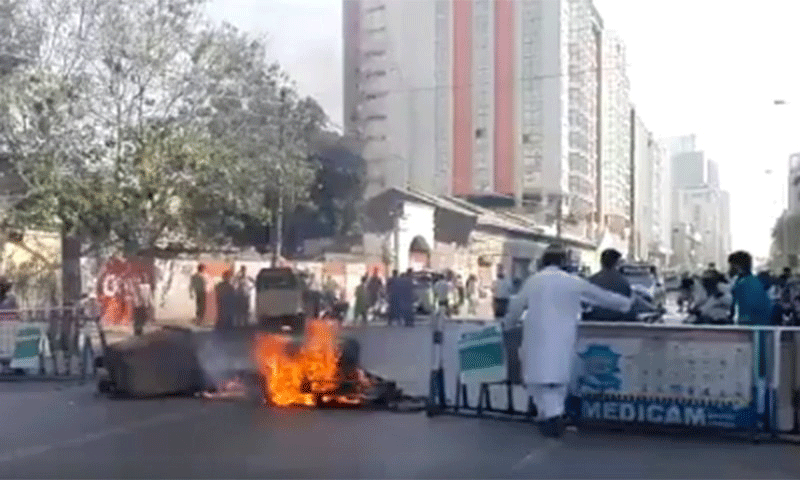 The situation in the twin cities is worsening; The number of protesters is gradually rising and Army choppers can be seen in the air.

Faizabad Interchange has also been blocked from all four sides, and the roads surrounding Aabpara have also been closed for all traffic.

Due to protests- below mentioned routes are currently blocked:

Section 144 has been imposed in Punjab following the eruption of violent protests in several cities including Sialkot, Faisalabad, Narowal, Shaikhupura and Lala Musa, Kamonki and Kasur.

Punjab Traffic police have issued a circular detailing the blocked routes and their alternative.

Following roads across Punjab are blocked:

Similar scenes can be observed in Khyber Pakhtunkhwa, Sindh and Balochistan as well. 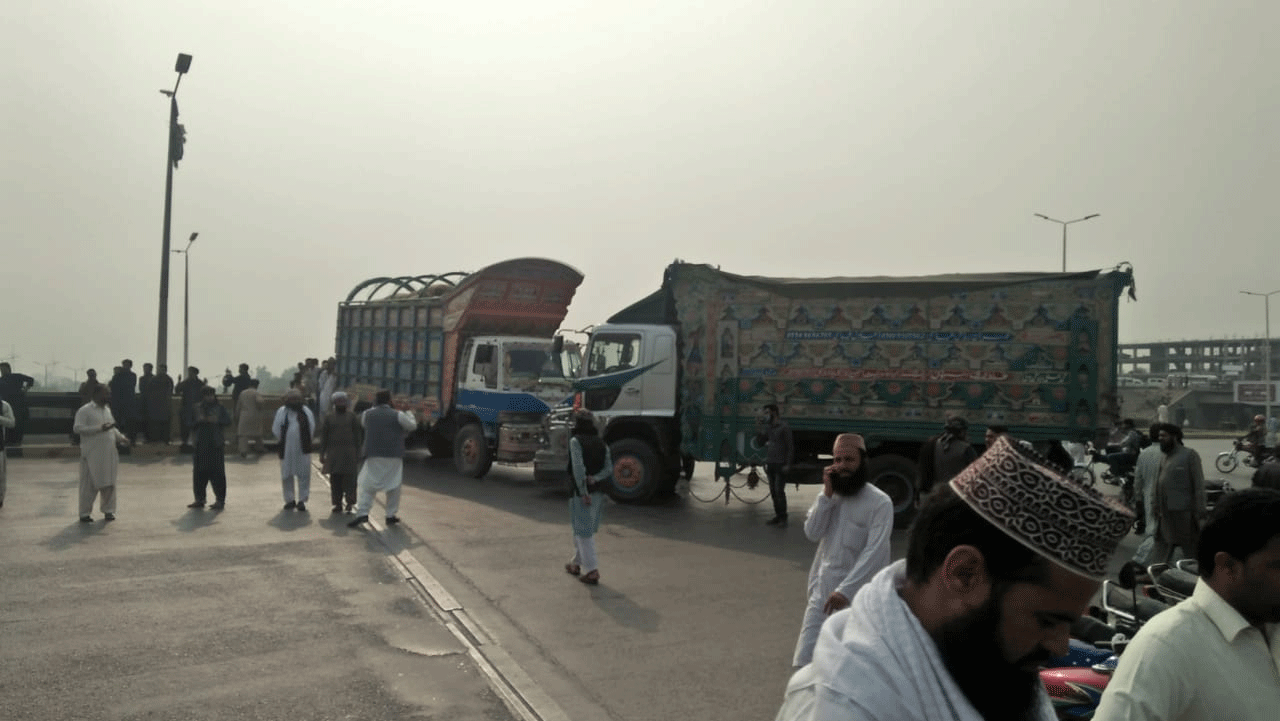 In K-P, Babu Sabu Interchange has been closed, and a large number of protesters are chanting slogans and burning tires. Similarly, the Pak-Afghan border has also been shut down.