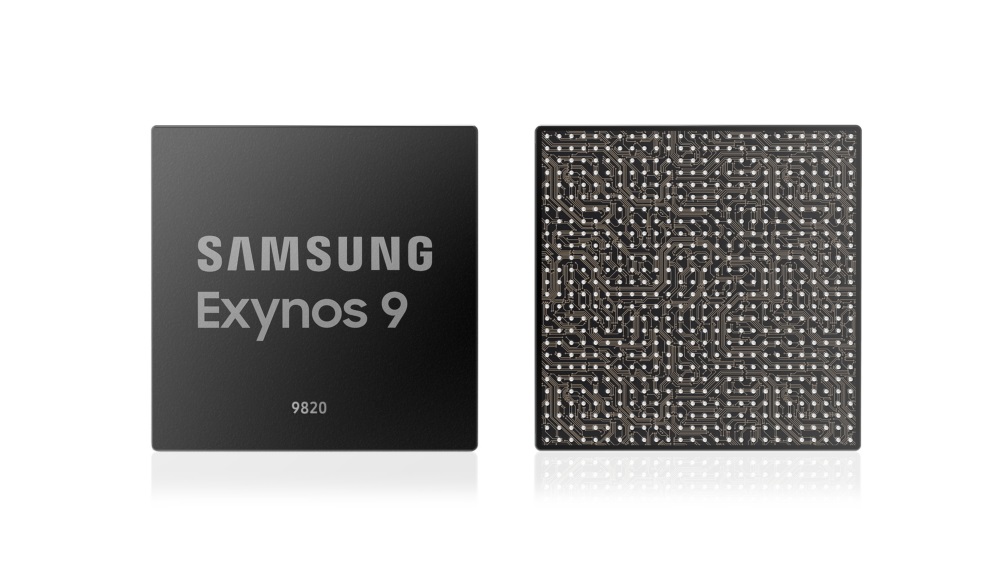 Faster and more efficient than ever.

Samsung’s top of the line System on Chip (SoC) for smartphones, the Exynos 9820, is finally here.

In layman terms, this is the chip that will be used in future Samsung flagship phones, like the Galaxy S10 series or the Note 10.

Now for the technical stuff, the Exynos 9820 is based on an 8nm LPP (Low Power Plus) FinFET process, going up a level from the 10nm Exynos 9810, which was used in this year’s Galaxy S9 siblings and the Note 9.

There are more upgrades onboard, such as an extremely fast 2 Gbps downlink LTE modem, a tri-cluster CPU and an upgrade GPU and NPU.

Here’s a comparison table of Exynos 9810 and Exynos 9820 (courtesy of GSMArena).

Following in Huawei’s footsteps, Samsung has also gone ahead with a tri-cluster CPU for their new SoC. What this means is that the processors are arranged in a 2+2+4 arrangement rather than the traditional 4+4 arrangement we see in octa-core processors.

It will have 2 high-performance custom built CPUs with 2 Cortex-A75 performance cores and 4 Cortex-A55 cores geared towards efficiency. The first two custom cores will only be used in intensive tasks like gaming or benchmarking, with the Cortex-A75 cores handling most of the heavy lifting with other apps. Background tasks will be handled by the 4 Cortex-A55 cores.

Samsung says that the new CPU arrangement comes with an intelligent task scheduled, improving multi-core performance by 20% over its predecessor. The single-core performance will be improved by 15% and the Exynos 9820 will be 40% more efficient as well.

For handling the graphical needs of the new SoC, Samsung used a Mali-G76 GPU on the Exynos 9820. It claims that the new GPU is 40% faster and 35% more efficient in terms of power draw.

The new NPU is 7 times faster than the one in Exynos 9810. It will also improve scene recognition in the camera, adjusting settings accordingly. VR and AR apps will see a boost going forward thanks to the improved NPU.

According to Samsung, Exynos 9820 will enter mass production by the end of the year, just in time for the Galaxy S10 coming next year.

We will have performance numbers compared with Apple’s A12X, Huawei’s Kirin 980 and Qualcomm’s Snapdragon 855/8150 in coming months.