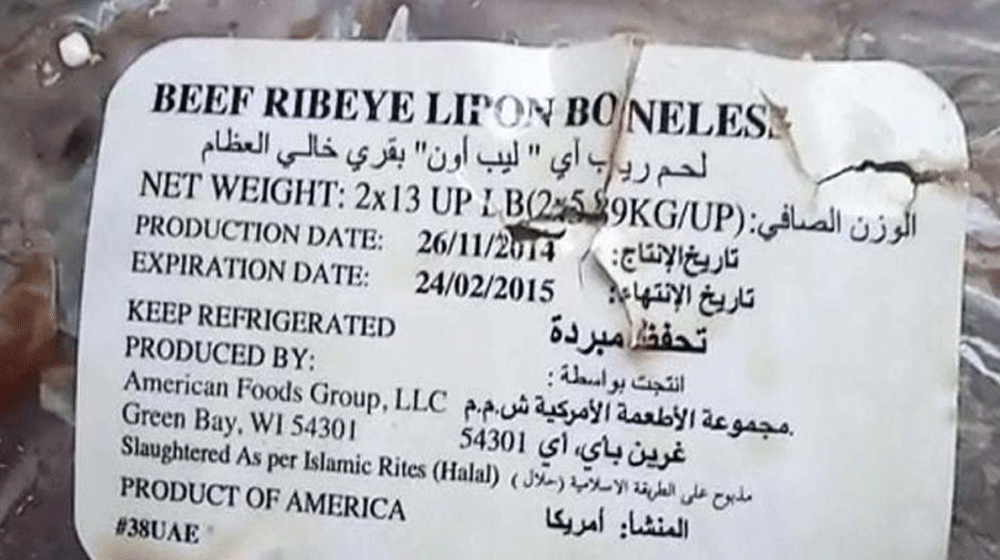 Pakistan has no setup to check and chemically examine meat and other food products. Due to lack of funds, Animal Quarantine Department (AQD) Laboratory is dysfunctional. Arizona Grill Restaurant has not imported any meat since last one year.

This was disclosed by AQD Director Muhammad Ilyas while talking with ProPakistani in a follow-up of Arizona Grill Restaurant’s expire meat scandal.

Regarding the data of meat import, Ilays told that there is no computerized record available to the department. In 2017 and 2018, 4.5 million Kg of meat was imported via Karachi Airport. He told that Arizona Grill has not imported any meat since 2017.

After the food poisoning case, Arizona Grill Zamazama street outlet was sealed. In another raid, Sindh Food Authority (SFA) found expired meat in a secret Arizona Grill storage facility. It was disclosed that the restaurant was using meat an expiry date of 2015.

Muhammad Ilyas told that meat, liver, heart, kidneys, and feet are allowed in the import policy. For import of meat and other organs, AQD clearance certificate is mandatory. However, the department’s laboratory is nonfunctional.

“AQD is provided Rs. 75 for the test of any imported consignment but in reality a test costs Rs. 10 to 15 thousand. Importers have to provide test results of private laboratories for clearance, ” Ilyas added.

In the current budget, Rs. 83 million is allocated for AQD Pakistan. For Sindh, Rs. 37.5 million have been allocated. AQD has a staff of 40 and most of the budget is spent in salaries.