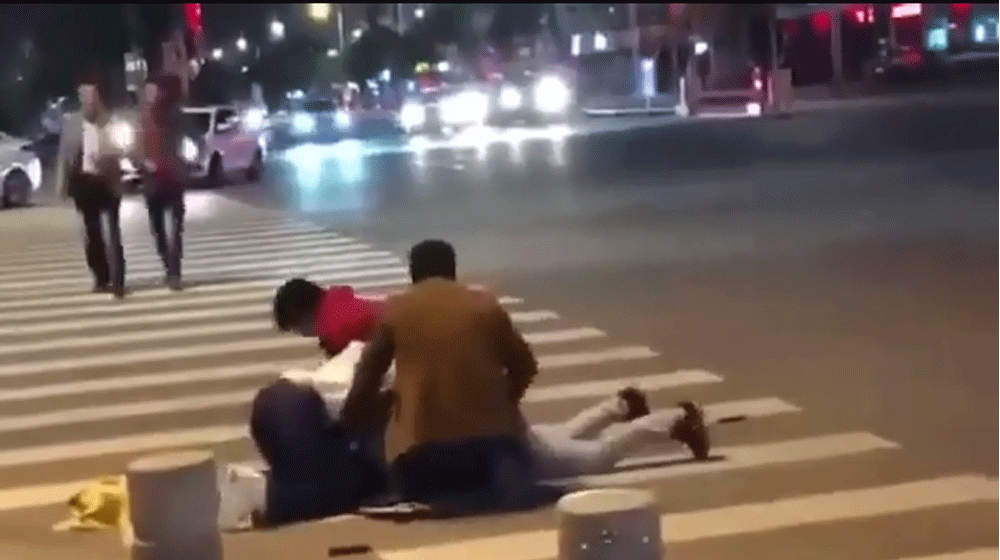 You might have seen a viral video on social media last night in which a Pakistani student was allegedly brutally beaten to death. The video even mentioned that this student’s family confirmed the incident.

The man in the video was reportedly a Pakistani student from Punjab’s city Bhawalpur. According to the video, the man was ‘beaten to death’ by the father and brother of a Chinese girl the student was friends with.

His family, on the flip side, has kept a mum over the issue. When asked to comment about the man’s death, the family said they would only comment after they receive the postmortem report.

On the other hand, the Foreign Office has an entirely different story to tell.

According to FO, the man – Usama Ahmad Khan – who committed suicide in China, was a student at Shenyang Jianzhu University and the video making rounds on social media is fake, and the guy shown in the video is not the deceased Pakistani student. 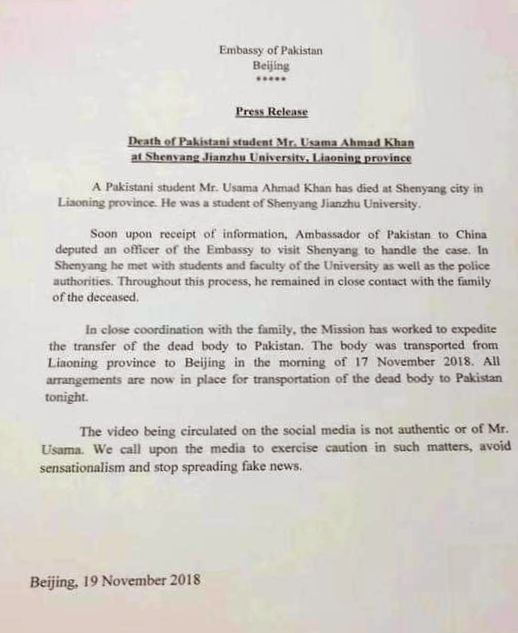 Usama’s body is expected to arrive in Pakistan today.