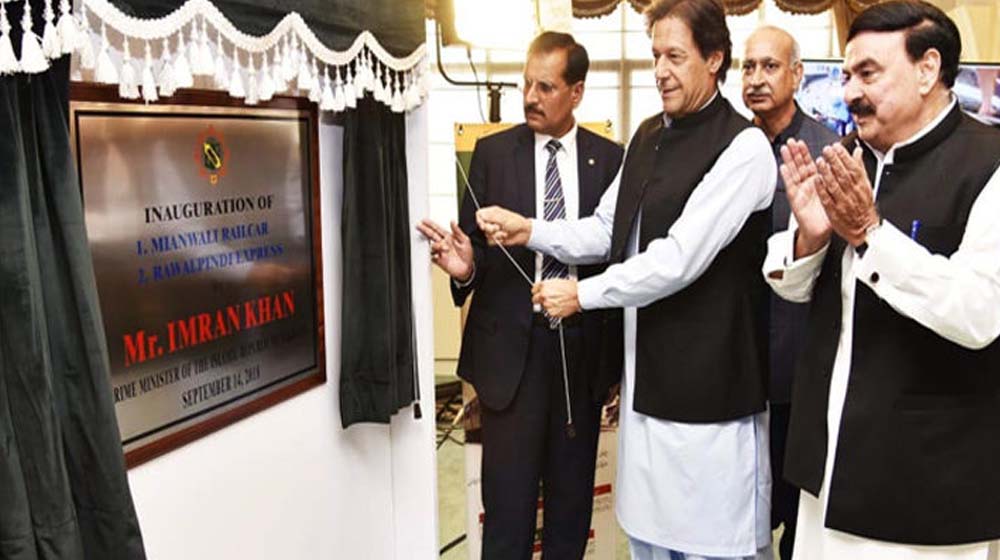 The government had planned to launch at least 10 new trains in the country within the initial 100 days to provide affordable and efficient transportation services to the people.

Sindh Express will cover the stations including Karachi Cantt, Landhi, Hyderabad, Tandu Adam, Shadadpur, Nawab Shah and Khairpur to reach its final destination at Sukkar. Its ticket for economy class is Rs. 470 per passenger.

Its fare will be Rs190. On the other hand, the route of Faisalabad Express has been extended to Multan. Now its route includes Multan, Khanewal, Shorkot and Faisalabad. Its economy class fare from Faisalabad to Multan will be Rs. 260 per passenger.

Federal Minister for Railways Sheikh Rasheed Ahmad said that with the launch of the four new trains the task to run 10 more trains within 100 days of the PTI-led government will be accomplished.

Pakistan Railways has already launched six new trains since the Pakistan Tehreek-e-Insaf government has taken over in August this year.

These trains include Mohnjodaro Express, Rohi Express, Margalla Express and Mianwali Railcar and an express train between Lahore and Faisalabad.