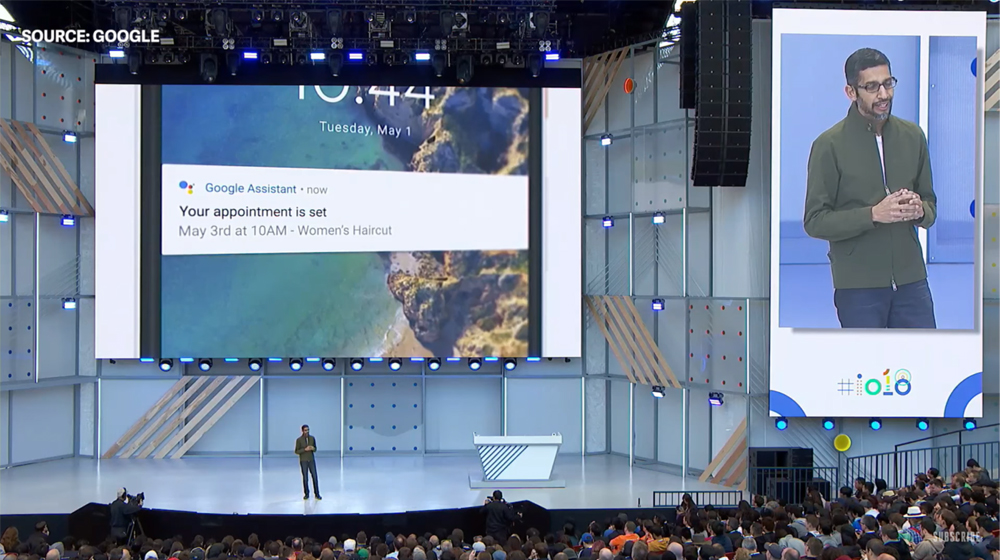 Google’s conversational AI, Duplex is Out, but for a few people.

The long-awaited, much-hyped-about Google’s conversational Duplex AI is out. However, it is available to a ‘small group’ of Pixel phone users in select cities only.

Although, the company has not specified the cities where it is available it is likely to include previously announced cities like New York City, Atlanta, San Francisco, and Phoenix.

Apparently, the company is making a slow rollout in order to ensure a ‘good experience’ for both businesses and pixel owners.

Moreover, Duplex is only a reservation-making AI for now whose capabilities are limited. It will only work for making bookings at restaurants and it needs a little effort to ensure the time of your booking and your preference regarding the seats. Also, in some cases, you may still need to talk to a human.

Google Duplex Could Replace Call Center Operators in The Near Future

Nevertheless, the significance of this development, despite limitations, cannot be denied. It is only a start and can herald a more advanced, more capable technology that can work in the real world.

Furthermore, the success of technology depends upon the willingness of the businesses to talk to an AI. If they are reluctant to do so, Google won’t be able to do much to change that.

Google Duplex first made rounds in May 2018, as a phone-calling technology with its presentation at Google I/O.

As per the details, it is an extension of Google Assistant and incorporates natural human-sounding language to make or listen to business calls or to speak to a person, just like a real person.

This AI can converse clearly just like a human and make intermittent pauses like ‘Umm’s’ and ‘Mm-hmm’s’ that turn up in a real conversation.

It also has a panic button feature to heed a human operator, if it comes across an unprecedented situation that is too complex to handle.