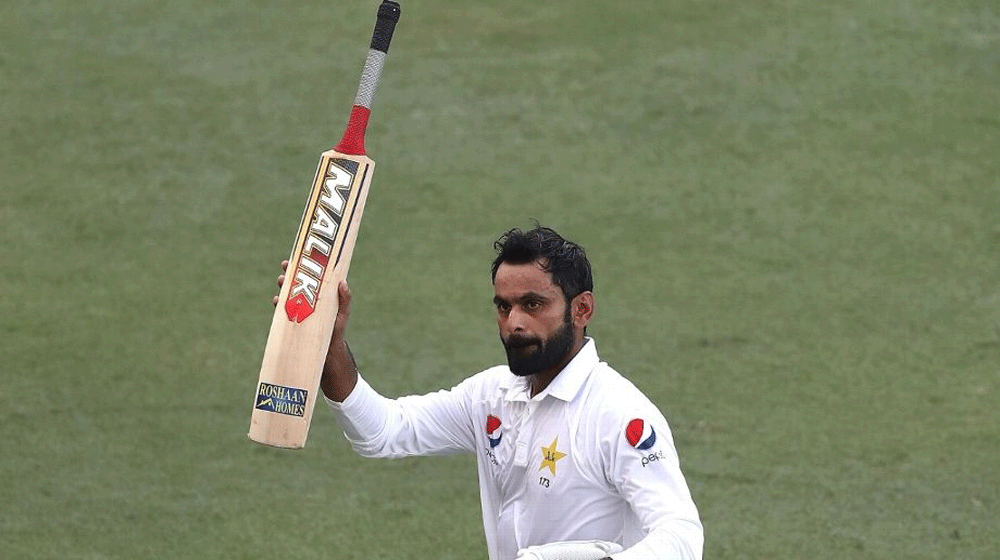 Continuous failure in Test matches has forced the Pakistan opener, Mohammad Hafeez, to call it a day in the longest format of the cricket.

The right-handed-batsman has decided to bid farewell to the red-ball cricket and to dedicate his efforts towards the shorter formats only.

Hafeez announced his retirement from the Test cricket after the end of the play on the second day of Abu Dhabi Test.

This makes the ongoing match as the last for the all-rounder.

While announcing his decision, former Pakistan skipper said his declining batting form had forced him to take the decision.

“I had been unable to score runs up the order, so I had been mulling over retirement for last two weeks,” Hafeez said at the press conference adding that the decision was his personal and not under pressure.

“I feel my time [in Test cricket] is up,” said Hafeez. “I am announcing my retirement and feel happy that I worked hard in my career.”

It should be mentioned here that Hafeez has failed to perform in all three matches of the series. Ever since his debut ton against Australia in October, the 38-year-old has been unable to impress the selectors.

He averages below 10 in the last seven innings he got to bat with just 66 runs in five Test matches (excluding the 100) and a top score of 20.

He even registered an unwanted record of getting most ducks by any Pakistani opener when Tren Bolt removed him in the second over of the innings. This was the eighth time the Professor had scored a DUCK in a Test inning.