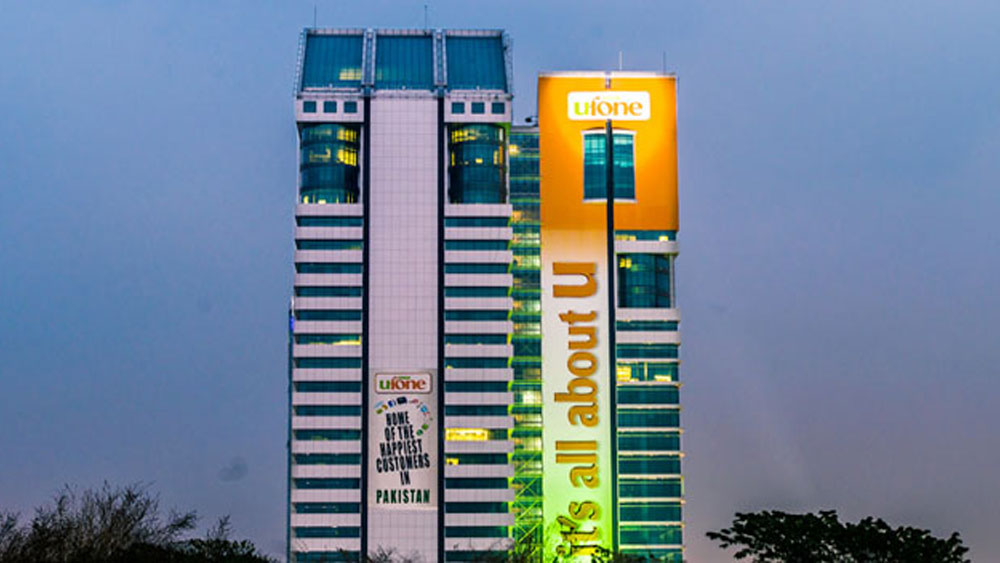 When Jazz and Warid consolidated in 2016, industry experts were ringing the warning bells for Ufone. The merger left Ufone as the only telco in Pakistan which did not have 4G spectrum.

As almost every telco made “4G speeds” the centerpiece of their marketing campaigns, Ufone should have lost steam as consumers flocked to other telcos towards the promised land of 4G speeds.

To find out exactly how Ufone managed this spectacular turn around, we talked to Adnan Anjum, Head of Marketing at Ufone.

How Ufone is Outpacing 4G Competition with 3G Speeds

Detailing what Ufone has been up to for the past 6 months and how it has managed to stay ahead of the stiff competition, he said, “We rolled out a significant portion of our network in the last 6 months. A few things happened because of that. One, we added more subscribers than anyone else and two, we saw phenomenal growth in data subscribers. Compared to the industry standard of 32%, we’ve grown 41% year-on-year in terms of data subscribers.”

The reason for this growth? Quality.

He elaborated, “It’s often said that consumers in Pakistan don’t care about quality but that hasn’t been our experience at all. We’ve been focusing on providing better service and that’s been the main driver of our growth. At the end of the day, it doesn’t really matter whether subscribers have 3G or 4G. If a consumer can connect to the internet and enjoy a seamless browsing experience, even 3G can be enough. If they can’t do that on even 4G, then what’s the point?”.

An important thing illustrated by Ufone’s case study is that for consumers in Pakistan, price is an incentive – but it’s not the only incentive. If customers are being provided with good quality, it’s not necessary to undercut the competition.

Compared to the industry standard of 32%, we’ve grown 41% year-on-year in terms of data subscribers: Adnan Anjum

So now we know that Ufone is growing both in terms of subscribers as well as revenues. But does it really have the spectrum to keep up the momentum? What’s the company’s plan for that little problem?

Adnan says, “Last year, we started U900 spectrum and because of that we’ve doubled our carrying capacity and increased penetration. But yes, if we want to grow at the same pace we did this year, we will need spectrum. Our understanding is that the government is going to formulate a comprehensive policy for spectrum. Whether that takes the form of another auction or top-ups remains to be seen.”

Ufone is Ahead But Where did Funny Ads Go?

While Ufone’s growth has flown slightly under the radar, far more visible is the change in its ads. The company used to be known for its humor-infused viral ad campaigns. So why did they shift strategy?

Turns out, it was a decision backed by data.

Adnan revealed that while the ads got huge impressions and were universally liked, consumers were identifying with the production rather than the brand. People didn’t necessarily associate Ufone with the ads and even if they did, they didn’t see it as a relevant telecom company in the context of the ads.

. However, those series of ads failed to get significant traction.

Continuing along that line, Ufone decided to center all its ads around the idea that “whatever we do, we do it for the people” as the concept resonates with its brand and business philosophy “it’s all about U!” This golden formula has already begun reaping rewards for the company.

While Ufone might not have the funniest ads anymore, you can count on it for “clear voice and fast internet”. A good trade-off in our opinion.