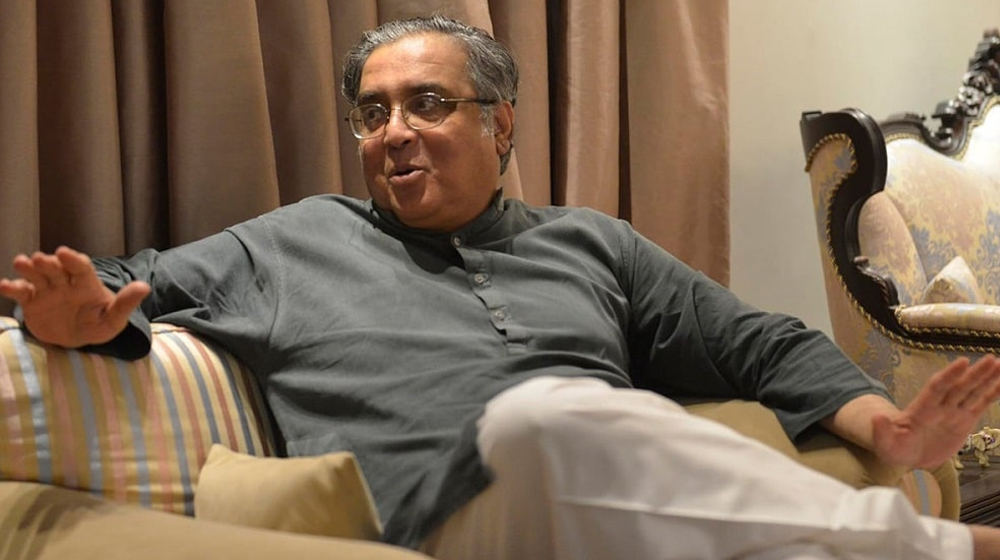 The actual unemployment ratio stands at 9 percent in Pakistan against official claims of 5 percent while seven million jobless educated youth pose a potential threat of Arab Spring like movement if decent jobs are not provided to them.

This was stated by Former Finance Minister Dr Hafiz A Pasha while speaking at a session titled ‘Economy of Tomorrow: Future Drivers of Economic Growth and Job Creation,’ organized on the occasion of 21st Sustainable Development Conference (SDC) , which continued on the third day under the auspices of Sustainable Development Policy Institute (SDPI).

Pasha said that Pakistan would have to ensure export-led growth, improving efficiency and productivity of agriculture sector and revising Free Trade Agreement (FTA) with China for fixing the problem of rising current account deficit.

Without diversification of exports, Dr Pasha said Pakistan will have to go back to the IMF on frequent basis. He said that Pakistan’s economy witnessed boom and bust cycle as the country achieved growth rate of average 3 percent in decade of 50s, 7.5 percent in 60s, 4.5 percent in 70s and 6.5 percent in 80s.

Pakistan’s growth, he said, jumped up to 6.5 to 7 percent during the military rule under Musharraf regime but it fell below 3 percent during PPP-led regime from 2008 to 2013 and then it recovered during the last five years tenure of PML (N) regime.

He said when the growth momentum picked up and it crossed 5.5 percent mark, the twin deficits re-appeared because of the country’s lack of export growth. The export to GDP ratio in India and Bangladesh was in the similar range of Pakistan in 2000 but it went up by six folds in case of India in last 18 years and Bangladesh exports tripled but Pakistani exports could not get quantum leap.

In the wake of twin deficits, he said the growth momentum lost its steam so it resulted into higher unemployment. In the latest Labour Force Survey, he said, the government claimed unemployment rate at 6 percent in 2015 but tinkering was done and their estimates suggest that the unemployment rate stood at 8 to 9 percent.

Dwelling upon dynamics of labour market, he said that the educated youth was mostly not getting jobs and more than 7 million youth are idle in the country that pose a threat of Arab Spring like movement.

He recommended the government to focus on real sectors of the economy, establishing linkages with agriculture sector that is directly and indirectly linked to 38 percent of national economy and reduce the prices of input. He lamented that the price of urea is 30 percent more expensive in Pakistan as compared to India. He said that India is providing subsidy of $12 billion to its main food basket in Indian Punjab while Pakistan is providing subsidy of just $500 million to its farming sector.

Despite these challenges, he said that he is quite optimistic about the future of Pakistan.

Ministry of Finance’s Director General Economic Reform Unit (ERU) Dr Khaqan Najeeb said that the policymaking side inherently remained weak in Pakistan and the country required managerial effort to rectify its policy, regulatory and operational side. All sectors must move in tandem for achieving the desired results.

Dr Najeeb said that fiscal and monitoring policies are not delivering, which is resulting in balance of payment (BoP) crisis.

Dr Najeeb said that over two million jobs are likely to be created in housing sector. “We need to graduate the people to become an entrepreneur rather to feed them with income support programme.”

When asked about the government’s claim of constructing of 5 million housing units, he said that the national financial inclusion strategy would help the government ensure access to finance for housing sector.

Dr Najeeb further said that the policymaking side inherently remains weak. Pakistan needs managerial efforts to take the entire sector in tandem as there is hardly world class economic sector.

He further said that public sector enterprises (PSEs) have the largest share in the economy and they are largely responsible for the current state of economy and the way it is behaving. “We need to graduate the people to become an entrepreneur rather to feed them with income support programme,” he added.

Speaking on the occasion, Sartaj Aziz, former finance minister, said that agriculture remains an important source of growth in Pakistan, adding that there is no alternative to this. Emphasising as to how growth should be sustainable, he said growth in economy may no longer mean creation of jobs, while growth and policies should come in a certain timeframe as demands change.

Agriculture remained the source of growth for 70 years, but inappropriate agriculture policy has been affecting its potential. During the 80s, for 15 years the growth of agriculture remained 4.5 percent which was high in South Asia countries. He said if value is added to the agriculture, horticulture and livestock are other major sectors which can help enhance exports.