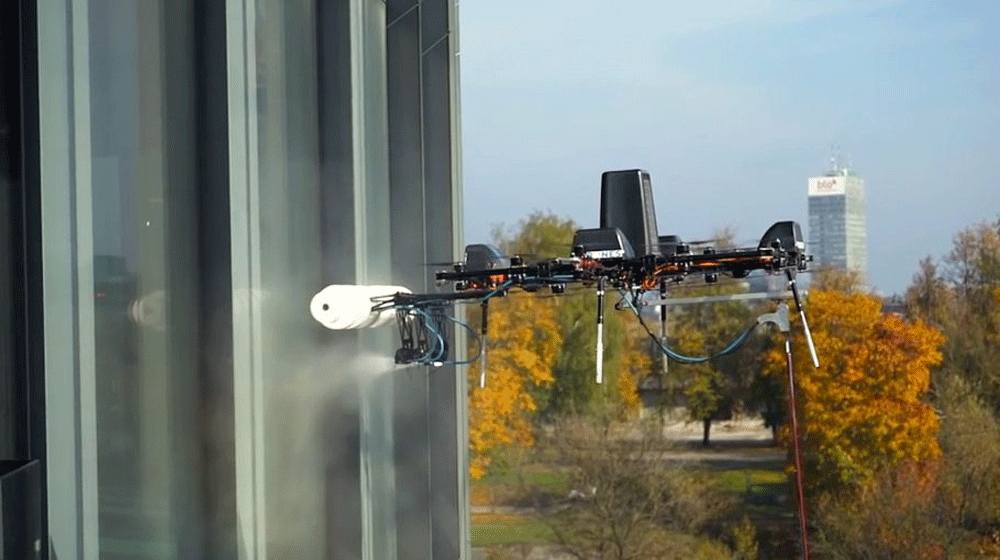 Automating the right kind of jobs.

Have you seen building-cleaners that hang thousands of feet above the ground to clean skyscrapers?

Well, earning bread requires people to do the stuff they don’t like to… But, they won’t have to do that now.

A Latvia-based tech company named Aerones is building heavy-lift drones that can clean the sky-high buildings’ windows and wind turbines so that the humans won’t have to.

The company has recently unveiled footage of a drone solution for high-altitude window cleaning.

The drone can go as high as 1,100 feet above the ground and perform operations efficiently.

The water supply it gets is through a hose which is connected to a water source on the ground.

It doesn’t only clean windows but also the wind turbines.

This might cause some people to lose their jobs but the alternative isn’t any better. Not only is the job itself quite niche, but it also poses the risk of fatal injuries or death if they make one wrong move while suspended thousands of feet above the ground.

“We have our exclusive technology to clean, make coating and deicing of wind turbines. Our drone performs the work faster than anybody else giving the best quality and timing,” the companies blog reads.

The company is looking to expand its utilization and is testing other applications for the technology.

Aerones is hopeful that in the future, similar drones could be used for firefighting, and the company is already testing this application as well.