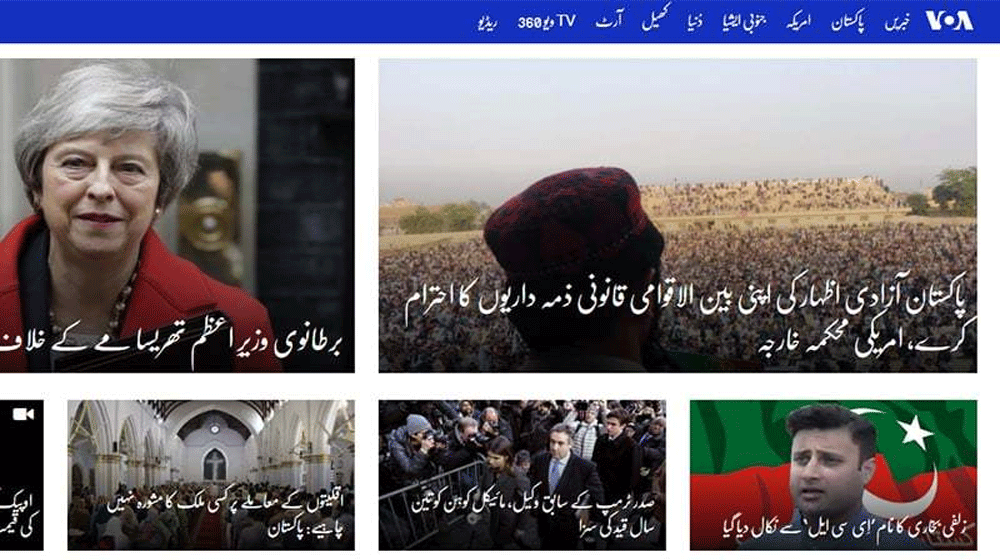 The government has blocked Urdu and Pashto websites of Voice of America (VoA) for covering anti-Pakistan activities of Pashtun Tahaffuz Movement (PTM).

If you attempt to access, the website shows several errors like “www.urduvoa.com took too long to respond.” or “The connection to www.urduvoa.com was interrupted while the page was loading. The page you are trying to view cannot be shown because the authenticity of the received data could not be verified.”

According to an official from VoA, the Pashto website was blocked months ago when they covered a PTM rally in which anti-Pakistan slogans were raised.

Dawar’s name is in the Exit Control List (ECL) for above-mentioned activities and he was barred from flying abroad in a Dubai-bound flight last week, which prompted him to call a press conference.

“Initially, we received complaints that the website was not accessible at some places, but later it was completely blocked,” the official said.

The official also told that the Information Minister Fawad Chaudhry has also confirmed the website was inaccessible in the country for the same reasons.

VOA’s English website published a report in which it cited Chaudhry saying that the websites in Pakistan were blocked for false and prejudiced reporting.

Chaudhry told Dawn that the blocked websites had been spreading anti-Pakistan propaganda against security forces and for posting prejudiced material.