Useful if you’re chatting and need to watch a video at the same time.

WhatsApp is getting a neat new feature that will let users view a video directly from the chat screen without having to open a separate app.

The feature might be a bit resource-intensive for some smartphones but works fine on most midrangers.

Of course, you’ll need Android version 4.4 or above on your phone to get this update. The patch has already been unrolled to most users and can be availed anytime by updating directly from Google Play Store. 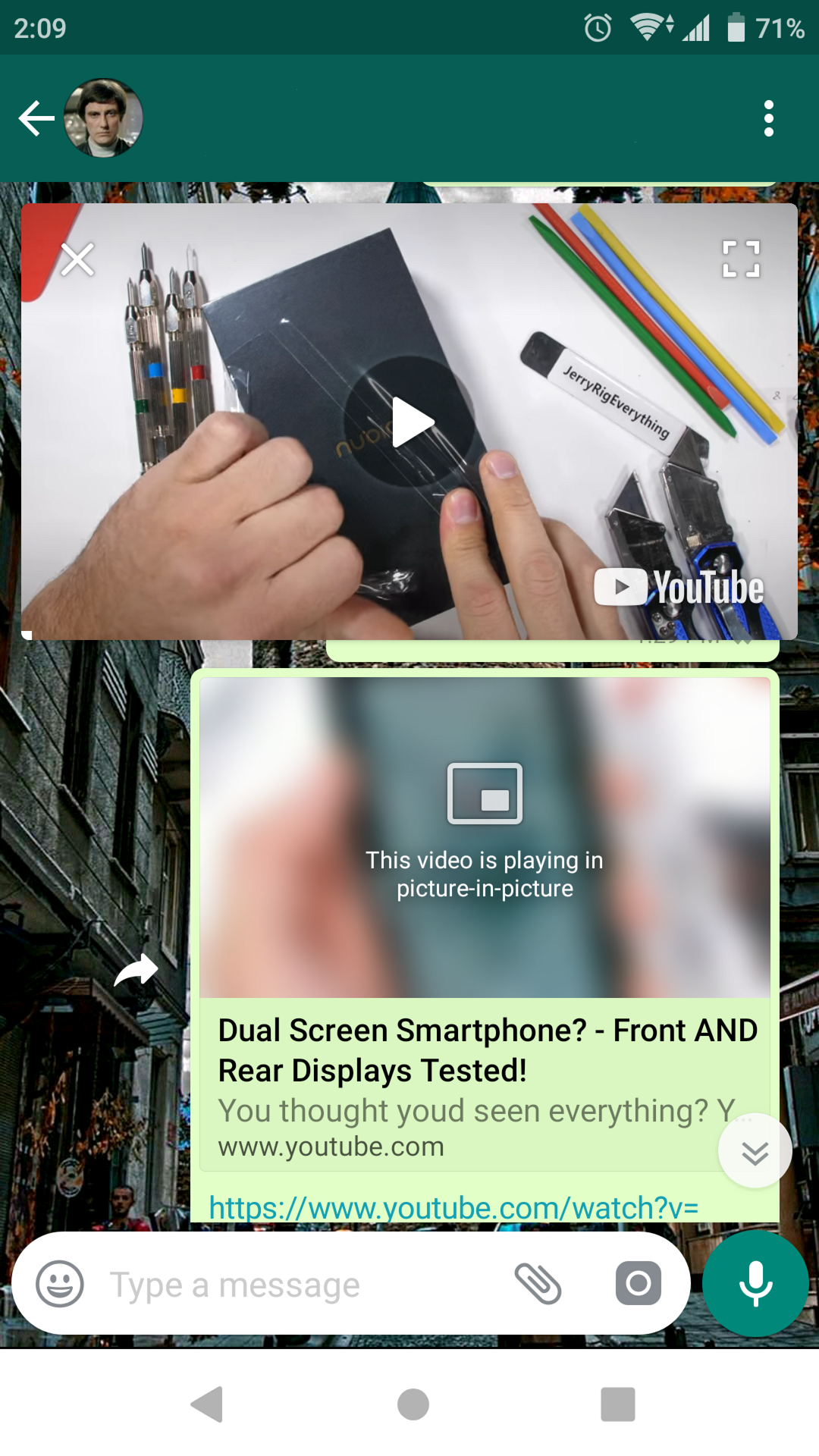 For Android users, the feature was available in WhatsApp’s public beta but wasn’t made available in the full version. Do note that this feature has been available for iOS users since January, so it’s about time Android users get the update.

PiP supports a number of platforms, including Facebook, Instagram, YouTube, and Streamable, and lets you play videos directly in your WhatsApp chat screen without having to switch to another app.

WhatsApp, being one of the few online services to have more than a billion monthly active users worldwide, keeps getting cool new updates now and then.

Some updates are merely visual, however, some add new functionality, such as additional touch gestures, to make the app more useful for its users. It also takes a number of design cues and features from Facebook Messenger, as WhatsApp is owned by Facebook.

The app is available to use on most platforms, including Android, iOS, and even Windows 10 Mobile.