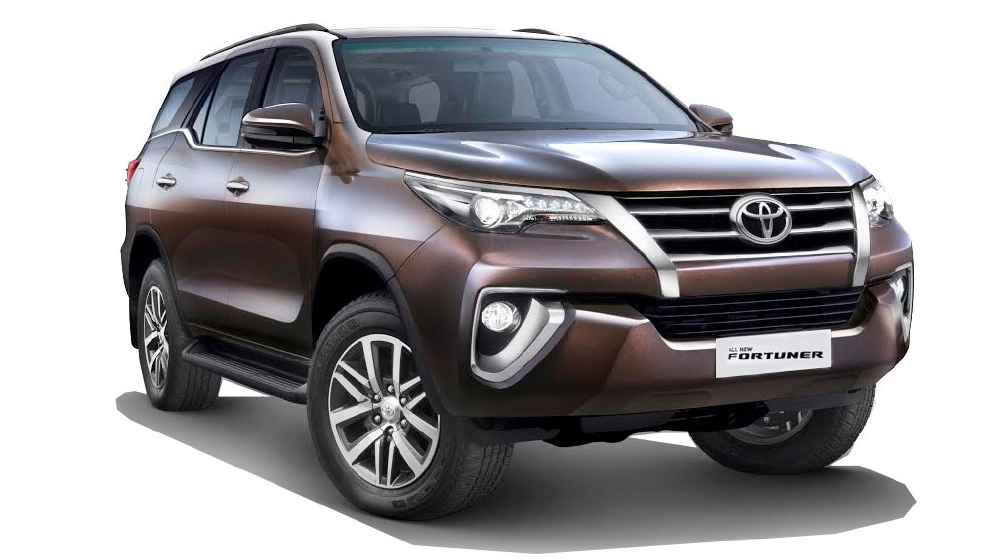 Toyota Fortuner is a luxury SUV that was launched in Pakistan over two years ago.

Toyota Indus, the Japanese giant’s Pakistan-based subsidiary, has launched another Fortuner variant named Sigma 4, a diesel-engine version which is ultra-efficient and more powerful than before. There are also several other improvements over the base petrol engine variant.

In Pakistan, most people think that diesel engines are clumsy, loud, and severely smoky. It’s true for many types, especially the old ones used in trucks and other large vehicles.

However, times have changed now. Diesel engines are becoming part of some of the most efficient vehicles on the planet. Even some mini crossovers and light hatchbacks come with modern diesel engines overseas, mainly because they are more efficient and clean.

A diesel engine uses compressed air and high pressure to cause internal “explosions” to derive its power. A petrol engine, instead, uses a spark plug to ignite the fuel, and then use the energy from the combusted fuel to get the wheels turning.

This process is not as efficient and burns more fuel in comparison, which also results in more CO2 emissions. Fortuner’s 1GD diesel engine is much more efficient than its petrol counterparts, that too with significantly enhanced horsepower.

Toyota Fortuner, being a full-size SUV also comes with some high-end components that make it a good companion on-road, and also off-road. Sedans and other crossovers usually have features that enhance on-road comfort, but rarely manage to do the same if faced with uneven, or harsh terrain.

Toyota is a well-known name in the industry when it comes to making off-road vehicles. Its SUV lineup is highly popular and has been under production since decades. Fortuner is a modern iteration, with new-age features that make the experience even smoother.

Its electronic components have been designed to counter the harshest of surfaces. Toyota-powered the SUV with its Sigma 4 system that features Active Traction Control (A-TRC), and other hill assist modules. These modules let you climb down, or up without slipping. It’s done almost autonomously, as the driver doesn’t have to switch back and forth between the brakes and accelerator, the car handles it itself.

Other than that, the diesel engine pairs quite well with Fortuner’s inherent off-road features. It can climb difficult bumps and climbs without you having to mash the accelerator, as a diesel engine works best in difficult climbs, even better than petrol engines.

Toyota has promised a more refined and a much more powerful SUV in shape of the diesel variant of the Fortuner. During the launch event held in Lahore, a complete drive overview was given where ProPakistani also participated.

It was revealed that Fortuner does not require much inertia on a climb up to 45 degrees. The engine of the vehicle can manage the uphill climb without any difficulty.

Sensors in the vehicle are used to detect when a vehicle is on an incline. The Hill Start Assist Control (HAC) maintains the brake pressure for a set period of time as you switch from the brakes to the gas pedal. Once you press the accelerator, it releases the brake.  In cars with manual transmission that have this feature, the Hill Start Assist Control (HAC) will also maintain brake pressure until the driver lets up on the clutch.

Fortuner also brings differential lock which disables the differential of the motor vehicle in slippery conditions to improve its grip. It is especially handy in wet conditions where you don’t intend to make sudden turns.

With this feature incorporated, Fortuner offers a powerful feel which is suited for all types of terrains.

The new variant comes with a number of improvements over the previous petrol engine version. Here are some characteristics of the new Fortuner diesel: