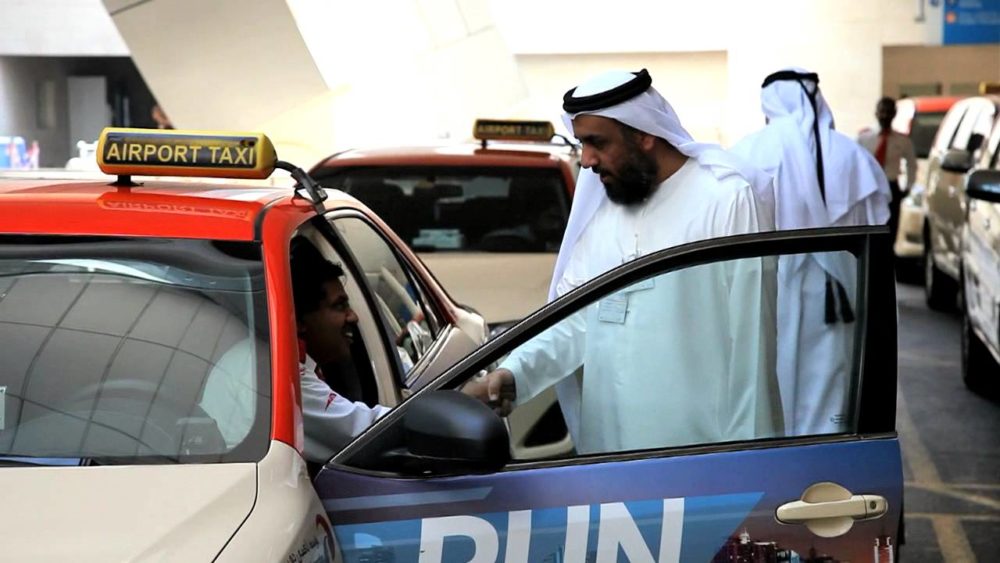 If you visit Dubai and avail the taxi service, there is a high probability of finding a Pakistani behind the wheel. Pakistani cabbies have played an integral role in shaping Dubai’s taxi industry from historic to more contemporary times.

Since Dubai is a Middle Eastern cosmopolitan comprising of citizens from over 180 countries, the drivers would have driven a copious amount of distinct nationalities around the city – from Algerian to Zimbabwean.

I interviewed 19 Pakistani cabbies in Dubai regarding racial and class discrimination – this was the basis of my master’s dissertation, which I later converted into a journal article (currently under review). However, and more interestingly, there were some secondary findings from my thesis that I just could not ignore, and so I converted them into a human-interest piece.

By the end of this article, you will know which nationalities Pakistani cabbies love and hate to drive around and why. The article, while forwarding the drivers’ perspective, relies on their impactful quotes and anecdotes regarding the topic at hand.

All interviewees were anonymous since most of them were wary of stating anything against Dubai, directly or indirectly, with their name on record. This was mainly due to Dubai’s strict rules, especially against lower-class workers and laborers.

Let us begin with which nationalities most of them categorized as their favorite. Drivers mainly based these choices on how friendly a nationality was to them (in other words, humanity is shown to them) and oftentimes based on customers’ tipping behaviors.

Out of the 16 drivers who were asked, 12 (75%) identified either Filipinos, U.K citizens, or Europeans as their favorite nationalities to drive around. “U.K” mostly meant British and Irish people (as they are commonly found in Dubai), while “Europeans” was used for people from Germany, France, Italy etcetera. Sometimes “European” and “U.K” were used interchangeably.

When asked which nationalities he preferred, taxi driver 10 (TD10) stated,

English speaking people are the best – whether they are from the U.S or the U.K. The people we refer to as ‘goray’ [white people]. People from the Philippines are really nice as well. We usually wonder why some nationalities are nice and why some aren’t.

When asked which nationalities he liked driving, TD5, the most disgruntled cabbie I interviewed indicated “People from the Philippines followed by our local Emiratis. They respect you.”

TD4, a driver with a bachelor’s degree, responded “Filipinos. 99% of them are nice and quite cooperative.”

When asked if nice/well-mannered customers are concentrated to only a few countries – a veteran driver of 8 years, TD12, did not really answer the question but nonetheless identified English and Americans as the nicest of all passengers.

To the same question of people’s nature being contingent upon their national background, TD14 – without hesitation – responded, “Yes that makes a very big difference probably because of their level of education. Europeans treat us like humans. They care about humanity. They talk as human beings should.”

Regarding the same question, TD19, opined, “Yes, that makes a big difference. White people are very respectful. They give me 5-10 dirhams as a tip every time. They respect us so much. Even people from the Philippines are very nice and give us respect. English people are the best.” This quote illustrates how besides being verbally pleasant, tipping too was an important gesture for the drivers. They often highlighted customers as “nice” due to their generosity.

TD16, for example, informed me

White people are the nicest. British people in particular. They are very polite and generous with their tips as well. People from the Philippines are also really nice.

From these quotes, one can tell that nationalities displaying humanity, respect and generosity were well liked by the Pakistani drivers. Conversely, nationalities lacking humanity and exhibiting miserliness irked the drivers and resulted in strong sentiments against them (as you’ll read ahead).

Pakistani drivers were extremely vocal and critical about two main nationalities – Saudis and Egyptians. No viewpoint of the drivers was as congruent as them labeling both these nationalities as the rudest – some drivers even went so far as to brand their actions as “discriminatory”. Out of the 16 drivers asked, 13 (81%) replied that Saudis and/or Egyptians were the most disrespectful.

One of the most expressive drivers, TD15, stated,

However, Saudis are very demeaning generally and speak to us very rudely. They don’t treat us like we’re human. Saudis and Egyptians – it is the way they are. Let me give you an example: The [taxi] meters are automatic and have been set in the taxis by RTA [Road and Transportation Authority] according to the rules in Dubai. If there is an accident or traffic congestion, they start fighting with us about why the fare is so much. We try to explain that these things are out of our control but they still fight with us.

Saudis tell us to not start the meter. I don’t understand why they say that. Let me give you another example. In the morning, there is no traffic. If the Saudi passenger is going from the hotel to Dubai Mall in the morning, the fare would be around 20 dirhams. Then if he goes the same distance in the evening, when there is heavy traffic, the fare would increase. If the fare is 20.5 dirhams, he will start arguing even though the difference would be only half a dirham and they ignore the fact that traffic slows the taxi down…Egyptians are also difficult. They can be very rude.

This theme regarding minimizing the fare and being miserly is a recurring one with regards to Saudis and Egyptians.

TD13 also identified Saudis and Egyptians as the rudest customers. He said,

If they’re [Saudis and Egyptians] taking a short trip where the fare will be 12 dirhams, they will give a 500 or 1000 dirham note even though we don’t have change. Most of the time, we have to pay that 12 dirhams from our own pockets.

When asked which customers are generally rude, a relatively new driver, TD2, with only 5-6 months experience, said, “Moroccans firstly followed by Egyptians”. After this answer, I enquired whether he thought their rude behavior was their nature or did it stem from them being uneducated, to which he retorted,

They are educated but are still very rude. They won’t listen to you even if you are trying to help them. They think they are always right. If they sit in your cab they will tell you which route and turn to take, which sometimes annoys us since we are the ones driving and not them.

The next quoted driver is one of the few who considered Saudi and Egyptian behavior as class discrimination or racial discrimination. TD16 affirmed, “They [Saudis and Egyptians] are just in a hurry and then misbehave ‘go quick, go quick’. Maybe, if it was a British driver, then they would not. So maybe, it is due to our ‘driver’ status or us being from Pakistan. But mainly, they get angry at the route and fare.”

Lastly, when narrating an anecdote regarding class discrimination that he faced, TD5 elaborated,

I once picked a Saudi from Deira City Centre who wanted to go to Dubai mall. When we got there I stopped and his fare was 23 dirhams. Upon reaching there he told me not to stop and to keep following his instructions. He took me around the airport where he took pictures, and then we kept driving. He took pictures of the Dubai metro etc. and at the end, he told me to drop him back at Dubai Mall. When we got there, his fare was 87 dirhams. He refused to pay and said I had taken the wrong turns which had led to such a high fare. On hearing this, I called the police and explained the whole thing, but the Saudi still refused to pay. I told the cops to check his phone and see the pictures that he had taken so they would know the places we had been to. But even after so much explanation he only paid 60 dirhams and I had to pay 17 extra dirhams from my own pocket.

In conclusion, Filipinos, U.K citizens, or Europeans were regarded as the best customers mainly due to the amount of respect they showed the drivers and their generosity in terms of tipping. The drivers ostensibly loved being treated as equals or human beings rather than mere “drivers”.

They talked down to the drivers and commonly exhibited fare-avoidance techniques and miserliness often at the expense of the drivers. Some drivers regarded their mistreatment as racial or class discrimination which is an extremely serious allegation.

Sarmad Ishfaq is a proud Pakistani working currently as a research associate in a think tank — the Lahore Center for Peace Research. He completed his Masters in International Studies and graduated as the ‘Top Graduate’ from the University of Wollongong in Dubai. He has several publications in peer-reviewed journals and magazines. His areas of interest include counter-terrorism/terrorism and the geopolitics of South Asia and the GCC.