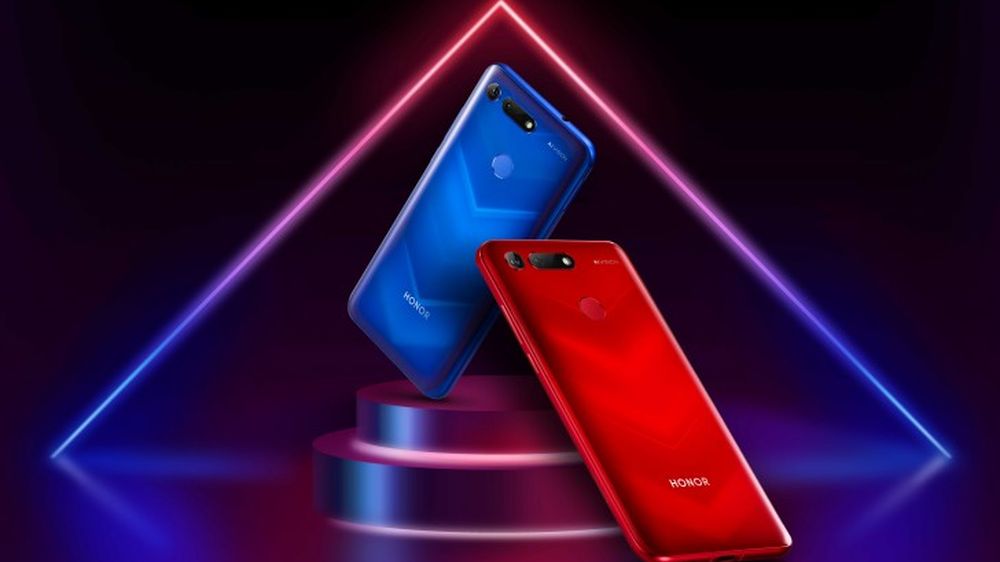 After being in the rumor mill for the past few weeks, Honor V20 has finally been revealed at an official company event in Paris, France.

The phone takes some design cues from the Huawei Nova 4, especially the small camera hole on the top-left the display. Honor, however, says that it has improved its manufacturing process, and managed to place a punch-hole selfie camera without actually penetrating the display panel.

In its iteration, the company just removed the display’s LGP layer for the camera, while the color filter, OCA, and POL stay the same.

Other than that, the Honor V20 also boasts a 48 MP rear camera, in addition to a host of flagship features.

Honor’s first flagship for 2019 is packing some cool new-age features we got to see at the end of this year. There’s a tiny hole in the display for the front camera, which looks odd at first but does well to solve the notch problem in smartphones.

As compared to other phones, Honor says that it has improved its selfie camera spot by thoughtfully removing a single layer from the display, so that the display stays intact and doesn’t need to be penetrated for the camera. This way, the display can show some content on top of the camera.

Additionally, the company’s design department did some cool work on Honor V20’s rear body, by adding a gradient “V” that changes color and position depending on your viewing angle.

As you’d expect, the company is going for some high-power internal components. The chipset is a Kirin 980 – which is slightly better than SD845, not SD855 – and it comes paired with either 6 or 8 GB RAM.

The phone is available in two internal storage variants of 128 GB and 256 GB.

The primary camera is a huge 48 MP Sony IMX586 that has been coupled with a 3D ToF sensor on the rear. The snapper uses some high-end technology to take crisp shots and supports Quad-Bayer array to take 12 MP HDR shots in low-light conditions.

The 3D ToF sensor is able to detect the subjects body shape and size so that you can take quality full-height photos. All Huawei photography features, including AI detection, Super Night View Mode, and EIS are present.

The selfie shooter is a single 25 MP unit capable of taking crisp self-portraits, while also providing a host of beautification features and scene detection.

Honor V20 runs Huawei’s EMUI Android skin and also supports GPU Turbo 2.0. It also supports a desktop mode, so that you can use the phone directly like a PC, when connected to a monitor, keyboard, and mouse.

Battery size is 4,000 mAh, and the phone supports 22.5 SuperCharge technology. Color options are going to be Red, Blue, and Black.

Pricing is as follows:

Honor V20 will start sales in China at December 28, while international availability and pricing will get revealed on January 22.