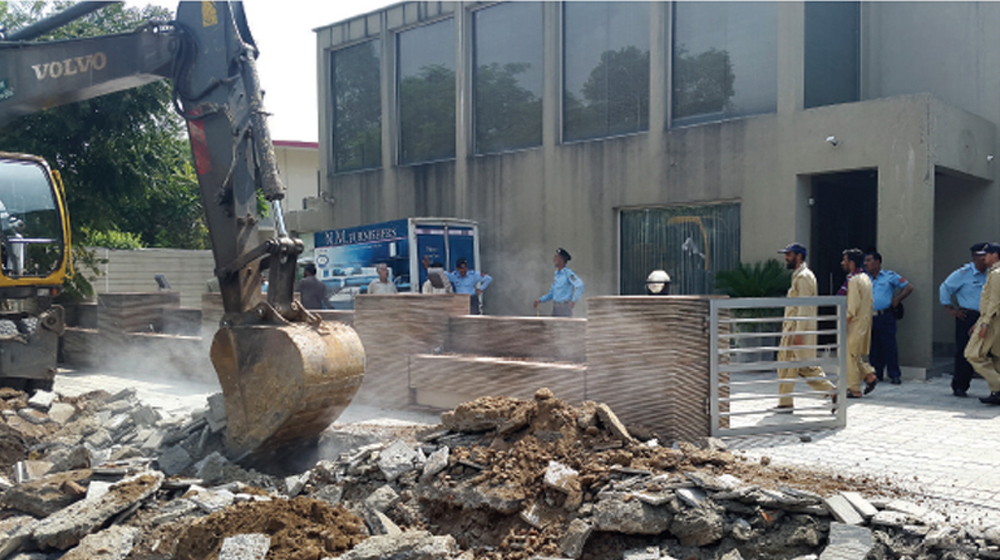 The Capital Development Authority, along with the Islamabad Capital Territory (ICT) administration, police and rangers, has recovered Quaid-e-Azam University’s land in a joint operation.

The operation had been undertaken in the jurisdictions of Bharakahu Islamabad to retrieve the encroached land that belonged to Quaid-e-Azam University (QAU).

The QAU administration had repeatedly requested the authorities to take action against the encroachments. The university had issued a public notice in this regard as well. During the past few weeks, there were a series of protests by the university students in this regard.

Responding to the requests, an operation was undertaken after several meetings with the Vice Chancellor and the CDA. As per the details, the Surveyor General of Pakistan conducted the base of demarcation.

After this, 80 Kanals of built-up area was retrieved by demolishing 12 houses, 15 structures, quarters, walls, library, cattle rooms and guest rooms adjacent to the house of former-Senate Chairman Nayyar Bukhari.

Moreover, another 100 Kanals of open land was recovered and handed over to the university. As mentioned earlier, the demarcation of land was conducted by the Survey of Pakistan. The operation remained peaceful. Furthermore, there will be a joint demarcation by the QAU, CDA, and the Revenue Department on the disputed areas challenged by the locals.

According to the authorities, the operation was conducted over the weekend, despite heavy rainfall, to ensure that the life and academic activities of the students were not disrupted. Around 300 police and 40 Ranger personnel participated in the operation.

Ex-Senate chairman Syed Nayyar Hussain Bukhari claimed to be politically victimized through the operation on his residence. He vowed to challenge it in the court.