As we reported earlier, the federal government had approved the appointment of Major Gen (Retd.) Amir Azim Bajwa as Chairman PTA, however, the official notification for the same was not issued until today.

The cabinet division, on Tuesday, issued a notification to this effect which states, 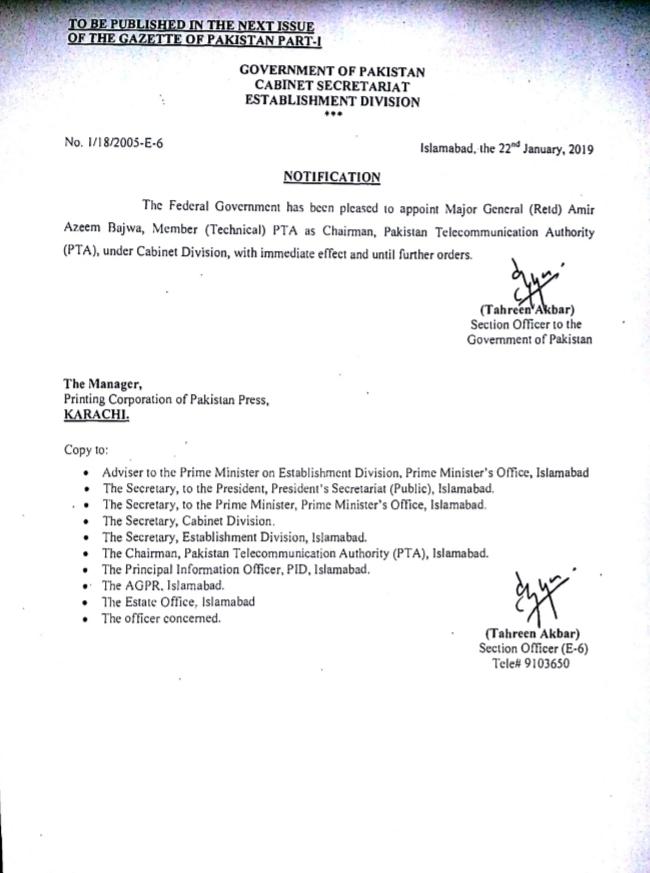 Bajwa has been appointed for the first term of four years, which is extendable for a second term of another four years; subject to approval from the cabinet division.

PTA had been functioning on ad hoc basis for over one year and some important matters, including operators’ license renewal and implementation of telecom policy in letter and spirit, are still pending.