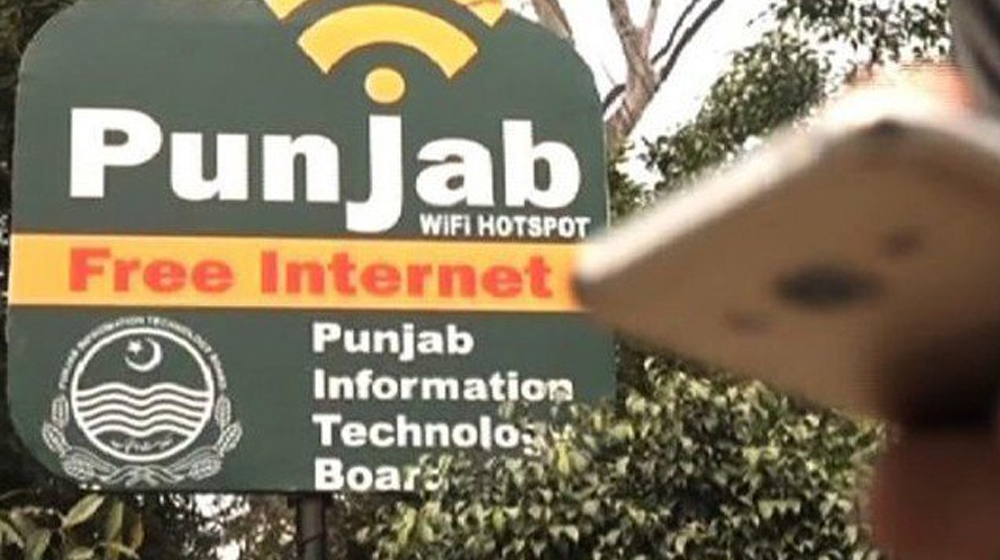 Punjab government has discontinued free Wi-Fi services that were being provided to the citizens at public places.

A news report cites a senior official of the Punjab Information Technology Board (PITB) saying that the board started the free Wi-Fi project two years ago in collaboration with the Pakistan Telecommunication Company Limited (PTCL).

However, the project is shutting down now for defaulting payment of Rs. 150 million to PTCL. The official further revealed that the present government did not allocate funds for the project in the budget, calling it a burden on the exchequer.

The purpose of this project was to overcome the digital divide in the province. It aimed to ensure free, easy, and reliable internet access in major public places. PITB had established free Wi-Fi hotspots in Rawalpindi, Lahore, Faisalabad, Bahawalpur, Multan, and Murree districts.

There was also trained staff available 24/7 at the call center to provide technical support along with complaint handling and resolution.

The hotspots were most heavily used at hospitals, and then at universities and colleges to a lesser degree. However, video streaming and downloading was banned to ensure fair usage. Also, the time and location logs were kept for security purposes.

PITB Chairman Habibur Rehman Gilani said that he had issued verbal orders to undertake the cost and benefit analysis and discontinue the service due to heavy costs. “We will analyze the cost-benefit and also continue services in educational institutions and hospitals,” said the chairman.

He further said that the telecom companies are providing internet service at cheap rates.