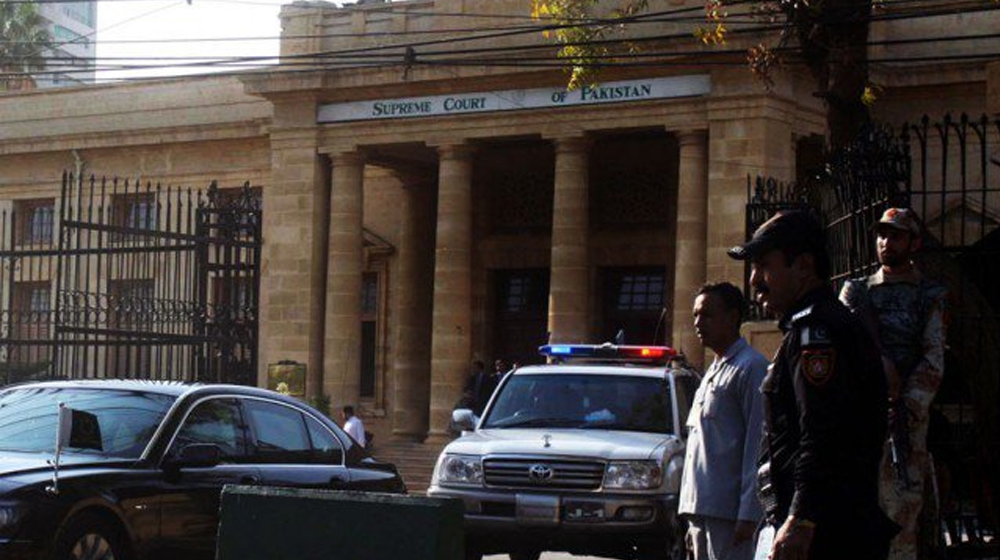 The Supreme Court (SC) has directed to end all commercial activities from Pakistan Army’s land in Karachi.

In a directive, the top court has ordered to raze all the marriage halls set up on Karachi’s Shahra-e-Faisal and Rashid Minhas Road. It also ordered to remove the plazas, cinemas, and other commercial structures erected in the cantonment areas of the port city.

As per the available details, a two-member bench consisting of Justice Sajjad Ali Shah and Justice Gulzar Ahmed heard the case of encroachments in Karachi.

The bench also asked the Sindh Chief Minister Syed Murad Ali Shah to call a cabinet meeting to discuss the possible measures to restore Karachi to its original condition.

Furthermore, the court asked the attorney general, heads of the Airport Security Force (ASF), chief executives of all cantonment boards, Karachi Port Trust (KPT), the Civil Aviation Authority (CAA), and Pakistan International Airlines (PIA) among other civic agencies to present a report on how they can contribute for ‘bringing Karachi to its glory.’

The judges also expressed annoyance over the commercial activities undertaken on the military land. “Neither the federal nor provincial governments, it is the Defense Housing Authority that is ruling this city,” remarked Justice Ahmed.

The judges also resented the absence of officials of Karachi Metropolitan Corporation and the cantonment boards.

The justice remarked that the DHA has constructed so many buildings in Lahore that it has almost reached India. He further added that the DHA’s encroachments have gone so far into the sea that if it were to continue, it would have built a whole new city on the sea.

“The owners of DHA will encroach on the entire sea all the way to America and raise their flags there,” said Justice Ahmed.

The judge also asked if arranging weddings was a job of the army. “What matters have they got themselves involved in?” he resented. He also took notice that the marriage halls were built neat the weapons depots of Pakistan Navy and Pakistan Air Force. “Mehran Base, which was attacked, also has marriage halls,” said the judge.

The SC directive also maintained that the cantonment lands meant for cantonment purposes shall be used solely for those purposes.

The top court also ordered handed over Askari Park to the civil administration, opening it for the public. The instructions also included the conversion of Aziz Bhatti Park into a model park.

“Karachi’s parks have been sold in the names of martyrs,” remarked Justice Ahmed.

The judges also observed that a marriage hall has been constructed by the military on the land of old Sabzi Mandi as well. They ordered its removal along with restoration of the Askari Park.