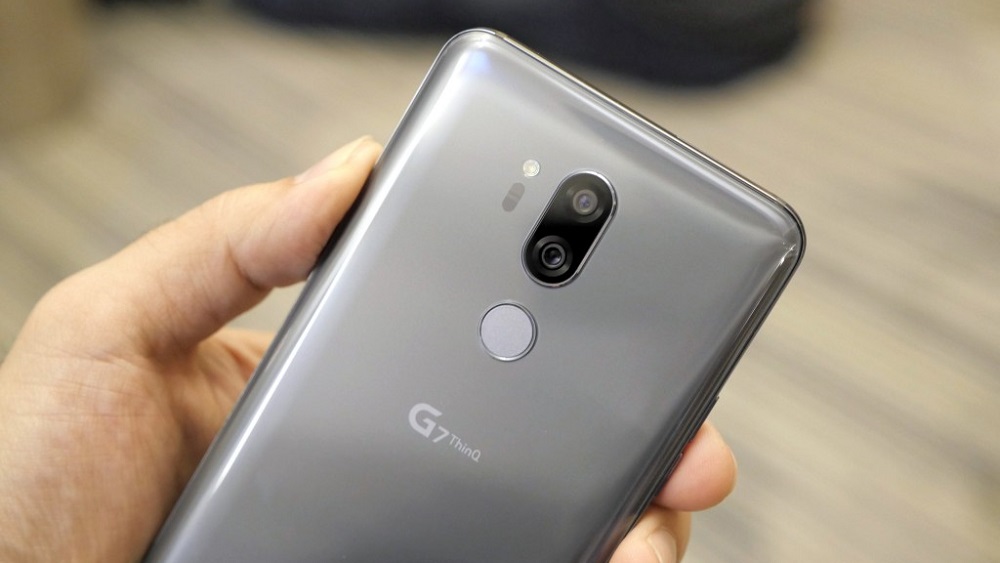 Doesn’t look all that impressive, to be honest.

According to reports, the company is sticking with the odd naming scheme this year as well. The ‘ThinQ’ in the moniker suggests that the phone has ‘thinking’ capabilities, meaning AI features and enhancements for the interface as well as photography.

Moving on to the G8 ThinQ itself, it has already been in leaks and rumors for a while and has also been seen in CAD renders.

What’s more, the phone will debut with a ‘Sound on Display’ technology, something that Samsung had already been talking about for its phones. The technology uses vibrations through the display to produce sound instead of placing an actual speaker inside the phone.

Thanks to this technology, the phone will have more screen space without the earpiece and other external speakers. However, LG is still likely to still include a notch on the display that will house other sensors and a selfie camera on the front. The phone will also use an infrared sensor for facial recognition, present on the notch, in addition to a time-of-flight camera. 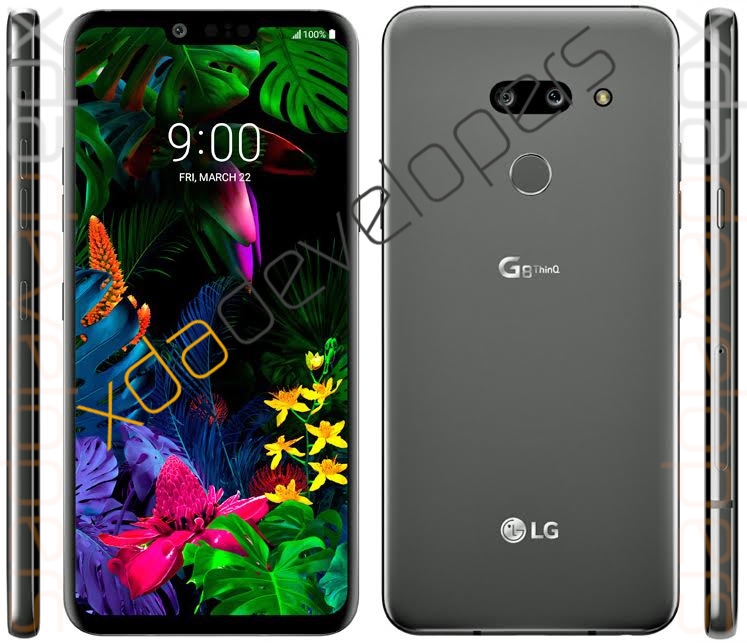 The renders show that the design on G8 ThinQ isn’t getting any major changes over the G7 ThinQ. The company was expected to use a triple camera set up for its 2019 flagship earlier, but it seems that LG is reserving better photography for a possible V series flagship for the year.

As for Sound on Display, LG already used this technology in some of its high-end TVs, that use something called an exciter to produce vibrations on the television’s display panel. This way, the sound is loud and clear, as compared to traditional speakers. Reportedly, the company has managed to produce a smartphone-size version of the technology for the G8 ThinQ.

Finally, the internal specs include a Snapdragon 855 chipset and at least 6 GB RAM. Other variants will offer greater RAM sizes as well as 5G capability. The company is including a larger battery this time at 4,000 mAh, while the display size is rumored to be 6.1-inches at QHD+ resolution.

It’s still too early to verify these details as they are mostly rumors and leaks. Stay tuned for when the G8 ThinQ gets an official launch at the MWC 2019 on February 24th.