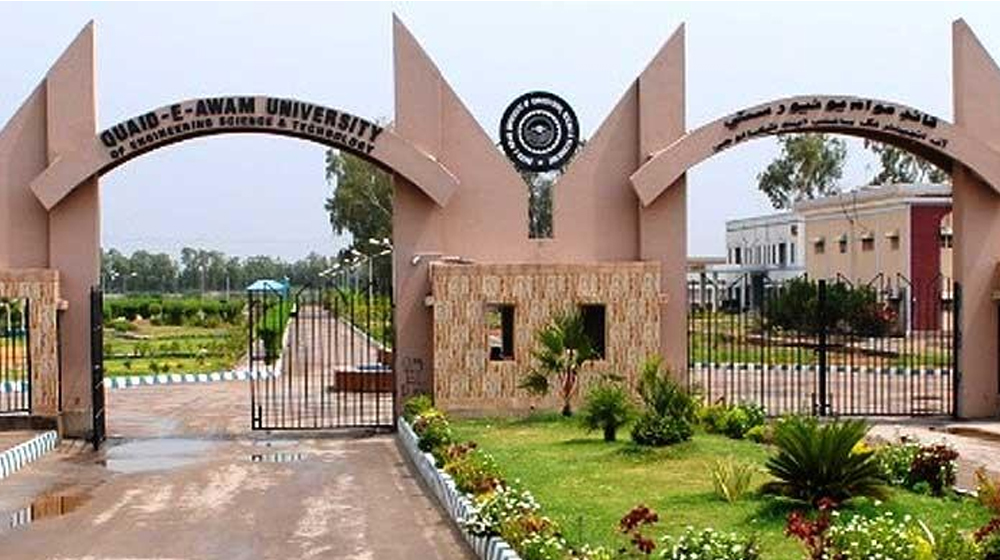 The Quaid-e-Awam University of Engineering, Science, and Technology (QUEST), Shaheed Benazirabad has gone bankrupt because of billions of Rupees’ corruption in the allocated funds.

QUEST has been declared bankrupt and the employees’ salaries are being paid through high-interest loans. As per available details, the National Accountability Bureau (NAB) had initiated probes against two former vice-chancellors, project director, and the director finance.

NAB’s probe was initiated when the Federal Investigation Agency (FIA) arrested a clerk from the university for embezzling millions of Rupees paid by the students under the category of certificate charges and university fees through fake challans.

Notably, the First Information Report (FIR) lodged by the FIA Circle Sukkur shows that the higher-ups of the university are also involved in the embezzlement. That is because a technical post has been created illegally, leading to the appointment of a man named Muhammad Younus.

Younus had been allotted a large amount to purchase machinery and other equipment at higher rates for Quaid-e-Awam Engineering College, Larkana, without following the due procedures.

Millions of Rupees were also embezzled under charges of examination fees, certificates, and other documents being used inappropriately via fake challans bearing bogus stamps.

The FIA also observed corruption in funds allotted by the Higher Education Commission for the setting up different campuses.

In light of all of the above, FIA conducted a raid on the department of the controller of examination and arrested a clerk Ghulam Nabi.

Reportedly, the evidence of the corruption given to NAB, FIA, and Anti-Corruption dept has been provided by the Patron-in-Chief Shah Latif Employees’ Union QUEST.