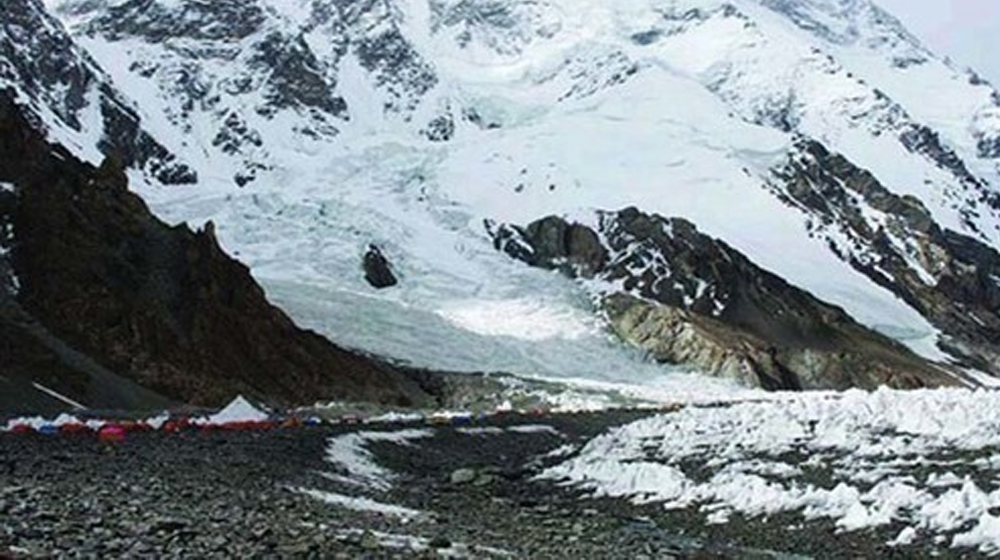 The Gilgit-Baltistan Disaster Management Authority has warned that another Attabad lake-like disaster is in the making in Hunza.

According to the assessment report of GBDMA, the continuing surge in Shispare Glacier has led to the creation of a dammed lake. However, this lake is expected to flood the surrounding areas at any time and can cause immense damage to the local people, installations, and critical infrastructure located downstream.

The Shispare Glacier is located a few kilometers from Hasanabad village in Hunza. It started to surge in May 2018 and blocked the flow of a stream coming from the nearby Muchuur Glacier, stopping it from falling into the Hunza River at Hasanabad.

This blocked water formed an artificial lake, which is expanding day by day and is currently spread to over 700 meters and has a depth of 300 feet. Alongside, the glacier is expanding at a speed of seven meters per day towards Hasanabad.

The assessment report says that the potential flood has the capacity to submerge an entire portion of Karakorum Highway, over 100 houses in Hasanabad, a bridge, two powerhouses, hundreds of canals of fertile land, and a Frontier Works Organization (FWO) camp office along with blocking the flow of Hunza River as well.

An official of GBDMA has told that they have installed an early warning system in the area with the support of satellite cameras. Local residents have also been told about the measures they should take in case of an emergency.

He said that experts believe that if the glacier continues to surge at the current speed, it can hit the 2MW Hasanabad power station in two weeks.

GB Chief Secretary Captain (retd.) Khurram Agha has also held a meeting to discuss the precautionary measures and steps required to cope with the emergency.

The chief secretary ordered the GB works department to set up protective walls around Hasanabad by Feb.15 to protect the installations and the houses situated along the stream. He further directed the food department to store five months’ worth of rations and medicines in the upstream areas.

Agha also tasked the National Highway Authority to divert the traffic from the area if Hasanabad bridge on Karakorum Highway is submerged. FWO will build an alternative bridge as well.

The locals including the social activists are not satisfied with the measures. They say that the early warning system is not effective and that the government hasn’t taken any measures for resettlement.