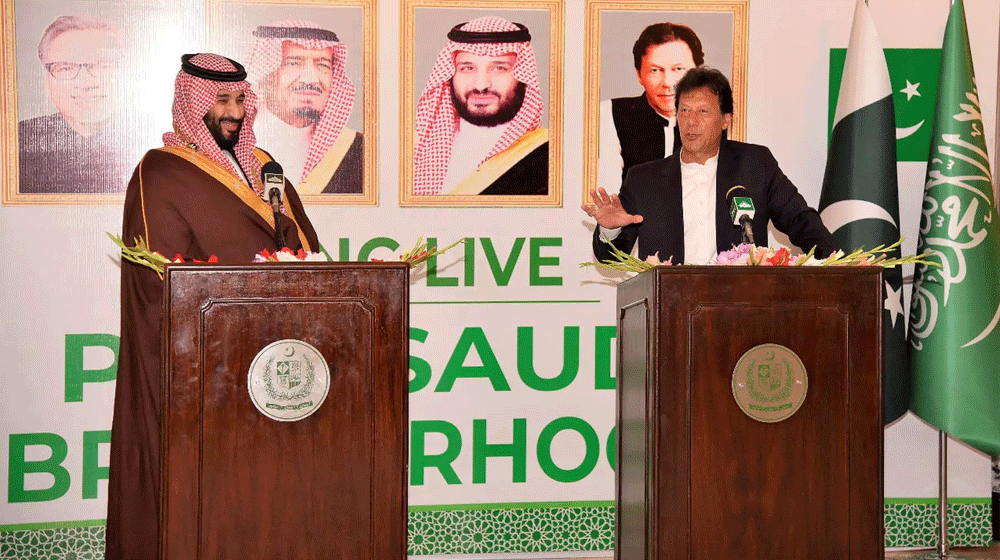 The roadmap for Saudi investment of $21 billion has been finalized. The investment plan has been divided into short term, mid-term and long term investment.

According to the information released from the Petroleum Division, Pakistan will receive the investment over the next two to five years.

As per details, the two parties signed as many as seven Memorandums of Understanding (MoU) during Crown Prince Mohammad bin Salman’s two-day official visit to Pakistan.

The Kingdom will inject a short term investment of up to $7 billion – using $4 billion out of that to acquire two LNG-based power plants in Punjab. However, the Pakistan Tehrik-e-Insaf (PTI) government plans to privatize the power plants through open bidding.

Kingdom’s ACWA Power is also interested in investing as much as $2 billion in renewable energy projects in the coastal areas of Balochistan.

Another $1 billion investment from Saudi Fund for Pakistan is expected in the first two years and will be used in projects like Diamer-Bhasha and Mohmand dams, Jamshoro and Jagran power projects.

Under the mid-term investment, the Kingdom is planning to invest $2 billion over the next two to three years – $1 billion will be spent to set up a petrochemical plant in Gwadar. Another $1 billion will be used for food and agriculture projects in Pakistan.

Over the long term, Saudi Arabia is to inject an investment of up to $12 billion in oil and mineral sectors.

The information released from Petroleum Division PRO suggests that Saudi Arabia will use $10 billion to establish an Aramco oil refinery in Gwadar – the refinery will produce between 250,000 to 300,000 barrels per day.

Remaining $2 billion will be invested to develop the mineral sector in Balochistan and Khyber-Pakhtunkhwa.

Currently, there are five oil refineries in Pakistan, but, are unable to meet the country’s total demand for refined petroleum products. The induction of Aramco oil refinery would help reduce Pakistan’s annual oil import bill by as much as $1.5 billion.