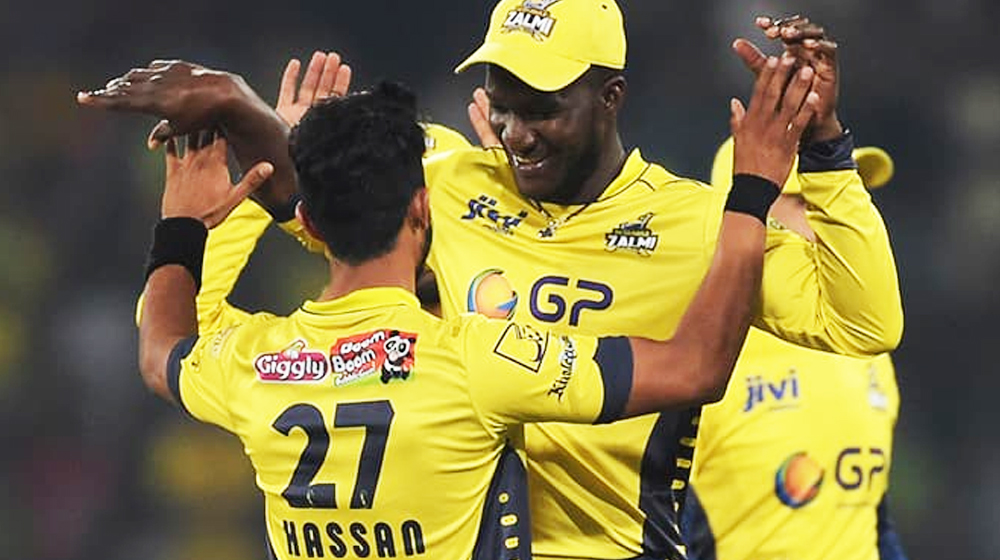 The Peshawar Zalmi franchise has remained one of the most competitive teams since the inception of the Pakistan Super League (PSL).

Labeled as the ‘Yellow Storm’, the Zalmi franchise and players hold a number of records and yesterday, in a game against Karachi Kings, they added one more to their name.

Peshawar Zalmi has now become the first team in the history of PSL to bowl 20 overs without conceding a six.

The Darren Sammy-unit came up against Imad Wasim’s Karachi, who have been struggling to find the right balance since the start of the tournament.

Batting first, Zalmi set a target of 154 runs courtesy of a half-century from Imam-ul-Haq. In response, Zalmi restricted their opposition to just 109 runs. Hasan Ali was the pick of the bowlers, picking 4 wickets yet again.

In addition to that, Kamran Akmal has also extended the lead at the top for most ducks in PSL history with 7 to his name now.