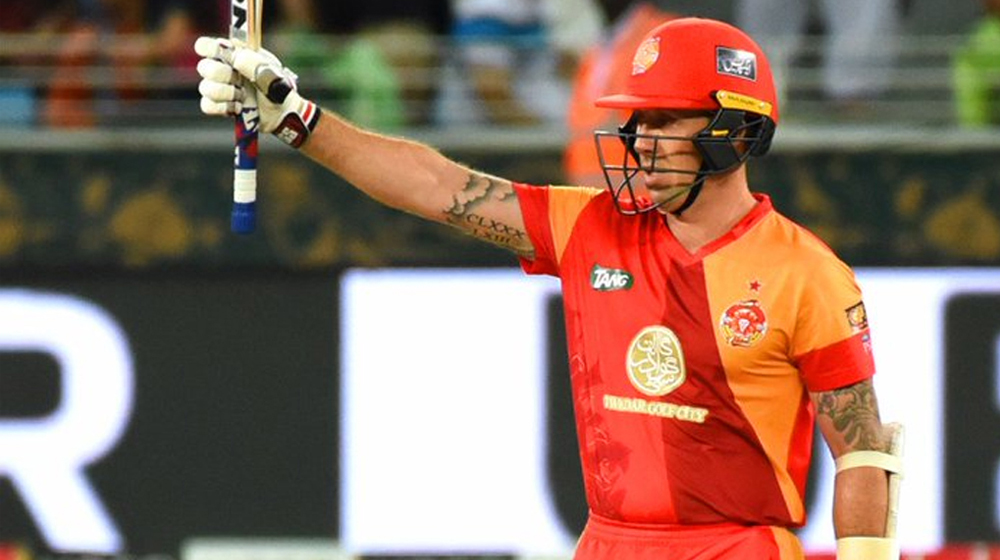 With an incredible depth to their batting lineup, Islamabad United chased down the target of 143 set by Karachi Kings in a splendid fashion.

Islamabad United was coming on the back of an impressive win against Peshawar Zalmi whereas Karachi Kings were beaten in their last match.

United, who were delivered the bad news that their captain was out of action due to a foot injury, was led by the young Shadab Khan into the ground.

Winning the toss, Shadab opted to field first given that chasing teams have enjoyed a lot of success thus far in the fourth edition of PSL.

Karachi Kings got off a disastrous start as Colin Munro, who just joined Kings, was removed for a golden duck by Rumman Raees. Muhammad Musa and Faheem Ashraf kept the pressure on Karachi and the Kings were 74 for 6 at one stage.

Despite losing some early wickets, Islamabad United chased down the target with ease thanks to Luke Ronchi’s match-winning knock of an unbeaten 67.

Samit Patel supported Ronchi from the other end after being promoted up the order. He managed 45 runs from just 30 deliveries.

Islamabad United move up to second place with their third win whereas back-to-back defeats for Karachi Kings mean that they are tied to the bottom spot for the time being.